The #Samsung #Galaxy #Note4 is probably one of the older generation smartphones that is still being widely used today. First released in 2014 making this model already 3 years old, this phone is still quite capable of providing a smooth user experience. It’s great hardware combined with constant software updates makes this device still relevant today. Although there are a lot of people using this phone as their reliable daily driver there are instances when certain issues can occur which we will be addressing today. In this latest installment of our troubleshooting series we will tackle the Galaxy Note 4 not turning on after screen sleeps issue & other related problems. 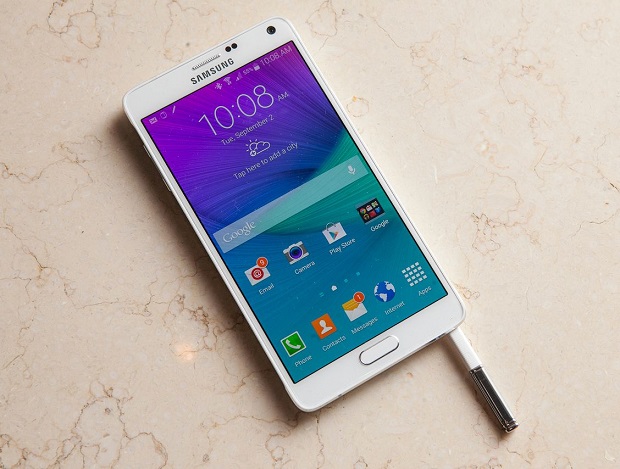 Note 4 Not Turning On After Screen Sleeps

Problem: Note 4 won’t reboot after screen turned off. Works fine as long as I have the screen on, but after it’s been turned off it frequently won’t turn on again (completely unresponsive to all buttons). Pulling the battery for 30 seconds or so usually does the trick. Problem has persisted through 3 factory resets, multiple OEM and 3rd party batteries, and removal of SIM and SD cards.

Solution: If you have already performed a factory reset as well as replaced the battery of your phone which unfortunately doesn’t fix the problem. It’s very likely that could already be caused by a faulty power IC or other internal component. The best way to proceed right now is to have your phone checked at a service center that is capable of performing board level repairs.

Solution: Just like the issue which we have tackled above it looks like this is already caused by an internal component that is failing to work possibly the power IC. Since you have already performed a factory reset and even replaced the battery which doesn’t fix the problem the best thing that you can do right now is to bring the phone to a service center and have it checked.

Note 4 Will Not Power On

Problem: I have a Note 4 that will not turn on. The battery has a charge which I verified with a multimeter. The power button works as well. What other verifications can I make to ensure power is getting to all the necessary components?

Should the above steps fail to charge the phone then try getting a new battery then check if the phone turns on.

If the issue persists then this could already be a hardware related problem possibly caused by a faulty internal component. If this is the case then you will need to bring the phone to a service center and have it checked.

Note 4 Not Turning On Unresponsive To Charger

Problem: Good morning, i tried to access your page to like but it said unavailable. Let me know when it’s active and i will. Last winter my screen cracked at the gym and has been on sidelines waiting to be fixed. After shopping around batteries plus bulbs had best price. I took phone to repair screen and they said the had to order a new part and solder it in. I picked up phone a couple days later and it worked well all features gps phone speaker etc. over night and the next morning. It charged and worked at full capacity. The next afternoon i placed the phone down and when i picked it up the screen was black, wouldn’t power on, unresponsive when plugged into charger. So i figured the was a short somewhere. Upon bringing it back they let me know the changed the charge port also bc it was “loose” and didn’t “want to be blamed”. They agreed to look it over after trying a new battery. Meanwhile letting me know of the phenomena of note 4 and s4 that were mysteriously dying that they had seen a lot of. They attempted and suggested sending to home office with experts. Supposedly the replaced the buttons associated with powering on and using electronic reader power is flowing but they cannot figure it out. So they are going to refund me. But my phone doesn’t work and i have priceless information which i need back ASAP. Please help, i don’t know what else i can do. What should i do.

Solution: You will not be able to retrieve the data stored in your phone unless you are able to turn it on. Since this is very likely a hardware related problem already this needs to be fixed at a service center. What I can suggest though is to have the display checked again and possibly replaced. Since the phone is getting power when checked using a meter then it’s very likely that you won’t know that the phone is already turned on because of a faulty display.

Another possible factor that can cause this problem is a faulty power IC. Have this checked as well.

Problem: It would randomly reboot and at times it would reboot unsuccessfully and come up with an android bot on screen saying reboot was unsuccessful, downloading do not turn off device…. it didn’t do that today but when i locked my phone, it just never turned on again and doesn’t even respond when i try connecting various of chargers

Solution: What you will want to do first in this cas is to make sure that the battery has sufficient charge to turn on the phone by following the troubleshooting steps listed below.

If the above steps does not charge the phone then try getting a new battery and see if the phone turns on with this new battery. Before inserting the new battery make sure to remove the microSD card of the phone and old battery then press and hold the power button for at least a minute. This discharges the phone circuit and clears out its RAM.

Should the above steps fail to fix the problem then you will have to bring the phone to a service center and have it checked.

Problem: My Note 4 is overheating and rebooting itself over and over. The phone is warm to the touch and I have attempted to remove the battery but this didn’t fix it any. I can not get it to stay off either. When on for a minute or so, it doesn’t truly connect with any wifi. My phone does not have service. Hope you can help soon. Thanks.

Solution: What you will want to do right now is to check if a software glitch is causing the problem by following the troubleshooting steps listed below.

If the above steps don’t work then perform the additional troubleshooting steps listed below.

Should the issue persist then I suggest that you bring your phone to a service center and have it checked.

Note 4 Switches Off Takes Too Long to Start

Problem: My samsung galaxy note 4 switches off by it self takes ages coming back on freezes when it is on I have tried everything and found that it is the main component in the phone that is the problem but I don’t know what this means or what to do about this. I need help to resolve the issue

Solution: If this is a hardware related problem then you will need to bring the phone to a service center and have it checked. The service center will have the necessary tools required to fix or replace the faulty component of your phone.