This post will show you how to rename an app on Samsung Galaxy Tab S6 Home screen. Read on to find out how to customize your app icons and name the Home screen shortcuts according to your own preference.

Renaming an app or program icon on a computer is very easy. However, it could be a bit of a challenge when applied in mobile devices. Thankfully, software developers have never stopped finding ways to make almost all things possible in smartphones and tablets. Hence, renaming and changing of an app icon on Android phones are now made possible with a third-party application.

Assuming that  you have installed a screen launcher like Nova and you’ve set it as the default launcher on your Tab S6, you can customize the Home screen controls and rename any of the app shortcuts as you would prefer.

While Samsung devices already flaunt splendid displays, many would still opt to change the default Home Screen layout and customize shortcut icons as they would prefer. If you’re wondering how to do this on your Galaxy Tab S6, this quick demo should help you get started.

These steps can also be applied to other Android smartphones and tablets for as long as they’re running on the same Android version as with the Galaxy Tab S6 and has the same version of Nova Launcher installed.

If you want to change the name again, just repeat the same steps until you get to the menu where you enter the new name you’d like to use for the app shortcut or folder.

Don’t forget to tap Done after typing the name to apply the new changes.

Aside from Nova Launcher, you can also use other tools to customize Home screen apps on your Samsung tablet. Among the widely used apps that serve the same purpose as Nove are QuickShortcutMaker, Smart Launcher 5, Action Launcher, Microsoft Launcher, Lawchair 2, and more.

These tools can be downloaded and installed on your Android smartphone or tablet straight from the Google Play Store.

And that covers everything in this quick guide. 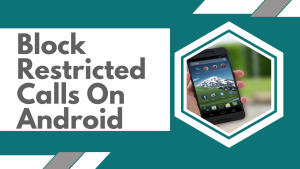