We received a lot of emails from Samsung Galaxy S3 owners complaining that their device won’t charge. So, we find it necessary to publish a troubleshooting guide that will walk them through determining what the problem with their phone is so that they would know what to do next. 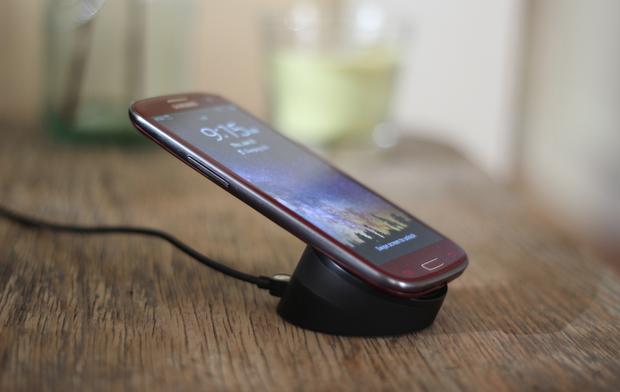 There are a lot of factors to consider as far as charging problem is concerned and it’s not really that easy to spot where the problem is. It is, therefore, necessary to use technical deduction when troubleshooting. It means that we will have to rule out one possibility after another and we will base that on the possible causes, such as…

Just to set proper expectations here, troubleshooting doesn’t really mean that the problem will be fixed after you followed the procedure. It is more on finding what’s causing the issue. Once you know what the problem really is, that’s when you formulate a way to fix it or if the problem is beyond what you know, you can seek help from a technician.

Liquid damage – if water or any liquid particles made its way into the phone and it started acting differently, then you’re in trouble. It is difficult to know how much damage liquid may have caused and to what extent. Sometimes, for minor issues, removing the battery immediately and let the phone dry off for a couple of days will bring everything back to normal but there’s no guarantee. So, if you are positive that liquid entered your phone, you better have it checked immediately. Please note that liquid damage is not covered by warranty.

Physical damage – for this, it’s actually easy to know if the impact affected the phone. If you see damage on the outside like cracked screen, bent covers, bulges and other deformities and the phone started acting weird, it is almost certain the impact has damaged some of the components inside. For outside components, you can easily tell which one needs replacement, however, the components inside are difficult to determine. Therefore, you need help from a technician.

Assuming your phone just refused to charge for no apparent reason, this is what you’re going to do…

How To Fix Samsung Galaxy S3 Not Charging

Step 1: Verify your charge is working

There are different ways to do it. You can try charging other devices with it and if they respond, it means it’s still giving out current.

You may also try using a different charger (if possible) with your phone to know if it will charge. If so, then it’s almost certain your charger is busted or damaged at some point.

You may plug the USB cable to other chargers just to see if the phone would respond if it could detect current being pushed to the battery. You can also use a computer to know if the phone gets detected by the computer (if it’s still on) or somehow charges.

Of course, the other methods in knowing if it’s a cable problem is to use a different cable and see if your Galaxy S3 charges. If not, then it probably not the cable that has a problem. So, proceed to the next step.

Step 3: Check if the USB/Utility port is loose

If the port is loose, the phone may charge if you hold the cable while charging. Some users reported they wiggled the cable around and their device detected current being pushed in but only for a few seconds.

You will actually know if the charging port is loose by pushing the end of the cable to the left or right, up or down. There’s a play regardless of what direction you pushed the cable to, then there’s a possibility it’s a loose port.

We technicians will immediately check if the problem is with the port’s connection to the board because if it is, it can be fixed by re-soldering the connectors. But then again, you need help from a technician if this is really the problem with your phone.

Assuming the USB port is fine but the phone still won’t charge, proceed to the next step.

Step 4: Verify the battery is fine

You must begin this procedure by checking if the battery is properly mounted on the phone. Just open the back cover, remove the battery and try doing these…

There’s no guarantee it’s a battery problem so if you could just borrow from a friend, that’s better so you won’t have to spend on a new battery.

If you have tried a different battery and the phone still won’t charge, then seek help from someone who can do further testing. There could some issues with the hardware inside. If you noticed the device getting hotter prior to the problem, then it may have overheated affecting some components.

However, if the phone got damp or wet, the charging or power IC may have been busted. This is the worst case scenario as you will be required to buy a new motherboard for the phone to work again. Of course, buying a new phone is more practical than having the motherboard replaced.