Getting a smart home WiFi system is imperative if you want the best coverage for your home or office. However, given the sheer number of devices that are available out there, it can be quite an ask to pick the best one suited for your needs. Two of the best routers that come to mind are the Google WiFi and the Netgear Orbi.

If you’re looking for an extended WiFi router with a massive range, then you can’t do much better than the Netgear Orbi or the Google WiFi. But we have to remember that both products aren’t the same. The Netgear offering seems more solid on paper, given the company’s expertise with network equipment. However, Google WiFi comes with three routers to give you the best coverage possible for your home or office. It is one of the best routers one can ask for. Keeping this in mind, a comparison between these two routers is bound to be very close. That’s not to say that either one is better or worse than the other, but simply that the two routers cater to a particular set of people. Since they are pretty identical in terms of functionality, it makes sense to have a detailed comparison between the two routers. 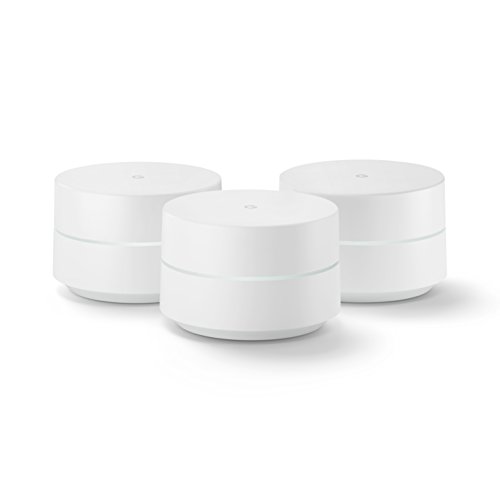 Google WiFi is the router you need to have to replace your aging low-frequency router. Although it can be bought individually, you can also add three of them, thanks to Amazon’s comprehensive package, which gives you a wider range in your home office. Each router comes with a variety of 1,500 square feet, which means adding three of them together will provide you with a combined range of around 4,500 square feet, enough to cover any decently sized home. What makes this even better is the fact that you can add more routers depending on the size and range of your home/office. Google WiFi has received favorable reviews from experts and users alike, making it perfect for those who are still on the fence about its features.

A router like this doesn’t have a lot of cons, but if we’re talking about the advantages, well, the Google WiFi mesh system is probably the best you can buy right now. A feature known as Network Assist ensures that you get the fastest speeds by accessing the most transparent channel from your ISP. The speeds are catered for specific bands meant for your device. Google WiFi works with most internet providers, including Comcast, Verizon FiOS, and Time Warner. There’s a dedicated app for the Google WiFi, allowing you to connect and access the internet in just a few simple steps. Overall, Google WiFi is just the router that you need to get started on having high-speed WiFi throughout your home or office. The best part, as we mentioned above, is that users can add as many routers as they want to make sure they get the best range around. These devices work better than conventional range extenders, so it wouldn’t hurt to get three of them at once to get the optimum speed. One of the best features here is that Google WiFi comes with a dedicated Android and iOS app.

However, any great device isn’t without its faults. Users will need to get a Google account to use the app and set up their WiFi at home. This is not particularly a caveat since most users around have a Google account today. However, the fact that this is a necessity could be a problem for some customers. This is pretty much the only caveat we can think of right now, which tells a lot about the Google WiFi as a product. Mesh systems come with extensive WiFi range, making them suitable for entire homes. This is undoubtedly the way to go in the future, as we’re seeing more manufacturers coming up with mesh WiFi systems of their own.

Getting one unit of the Google WiFi will set you back a fair price. This makes sense if you have a small home of under 1,500 square feet. However, if you live in a bigger home or apartment, getting two or three of them make a lot of sense. Amazon is currently offering three units of Google WiFi currently. This is incredible, given that you’re saving quite a bit on the third unit. This particular bundle makes a lot of sense, even if you don’t have a large home. You can always replace the old one with a new router and so on, keeping the rest as backups almost.

Netgear is one of the most popular network equipment manufacturers out there. Their firewall security on some of the routers is one of the best in the industry. The company’s Orbi Home WiFi router comes with a reasonably decent set of features, making it one of the most sought after routers in this range. Since this is a WiFi mesh system, customers can be assured of having their entire house covered with just one unit. The Netgear Orbi comes with a standard router and a satellite for range extension, thus making third-party range extenders pretty much obsolete. Many will consider this to be a step above Google’s offering in this segment, with the only setback being the pricing. However, that can be easily looked upon because this is an industry topping router with state-of-the-art features on board. What’s even better is that this particular kit is compatible with Amazon Alexa, allowing Echo owners to control the router using just their voice.

One of my personal favorite features on this router is the ability to create separate guest accounts to allow guests in your house to browse the internet on your network. This will save you the trouble of divulging the home WiFi credentials with guests who won’t stay long at your place. Naturally, the service will pair with a multitude of existing internet service providers, so you simply need to have a functioning internet connection at home to set up the Netgear Orbi. The presence of Tri-Band WiFi means that you get the best speeds suited for every device at your home. Unlike Google WiFi, this comes in a pack of two, which is sufficient given the kind of range it offers. This comes with an Android and iOS app as well, allowing you to set up your home WiFi without breaking a sweat. Overall, one can say that the pros far outweigh the cons of this particular device.

Each Netgear Orbi comes with a range of 2,500 square feet of range, so the two combined offer a comprehensive range of 5,000 square feet. The company also provides a satellite to extend the range of the network. If there’s one negative here, it’s with regards to the pricing. However, Netgear more than makes up for it with the wide net of a range that it offers. Google WiFi, with three units, comes up to only 4,500 square feet, whereas the Netgear Orbi comes with a range of 5,000 square feet with just two units. If you need more range, all you need to do is purchase some satellites (one offered with the device).

Two units of the Netgear Orbi will set you back at a fair price. While this seems like an expensive proposition, for the reasons we’ve mentioned above, it’s a pretty fantastic offering. Because Netgear is also offering a range-extending satellite along with this bundle, the deal sounds even sweeter. Overall, one can find several mesh WiFi routers, but none can even come closer to the Netgear Orbi. This device is pretty much the best you can do at this price point, so we highly recommend you to give it a try.

If you’re looking for something that will give you unparalleled internet connectivity, you can’t really go wrong with either device. However, if you want simply the best home mesh WiFi router, you will have to pick the Netgear Orbi. Not just for the brand that it comes from, but also for the kind of features it offers. Sure, it’s slightly expensive compared to Google WiFi, but the manufacturer more than makes up for it with other features. When you’re getting a home WiFi router, it always makes sense to go with the best out there, so waste no time in getting this particular router if you’re pretty clear about your needs.

So what about the Google Home? Well, it comes with almost the same set of features, but at a much cheaper cost. You will get a range of around 1,500 square feet (per unit) with the Google WiFi, which should come up to nearly 4,500 square feet overall. If you don’t have a large home or an office space, it makes complete sense to go with Google Wi-Fi. It’s a cost-effective option and something that offers exactly what most internet users are looking for. Setup is pretty easy, and you simply have to download the app from the Play Store or the iTunes App Store if you’re an iOS user. And since it’s a Google product, customers don’t have to be too concerned about quality and performance. In short, users can’t really go wrong with either device, since they’re both pretty capable offerings. 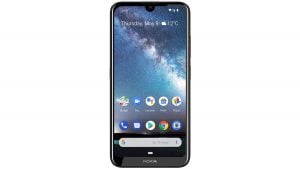 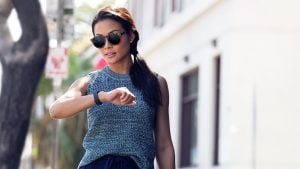 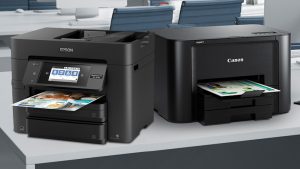 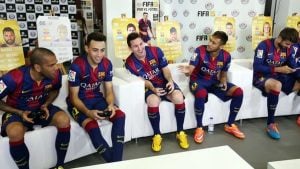