Google Messages appears to be getting an update in the form of chat “Bubbles”. XDA Developers found this particular feature, and while it should be made available to all users of Google Messages, this feature was spotted on an Android 10 running Pixel phone. The screenshots reveal that the Settings page for the Messages app now has its own toggle to enable chat bubbles. For those unfamiliar with the idea, Facebook Messenger has a feature like this where conversations or new messages pop up in the form of chat heads. 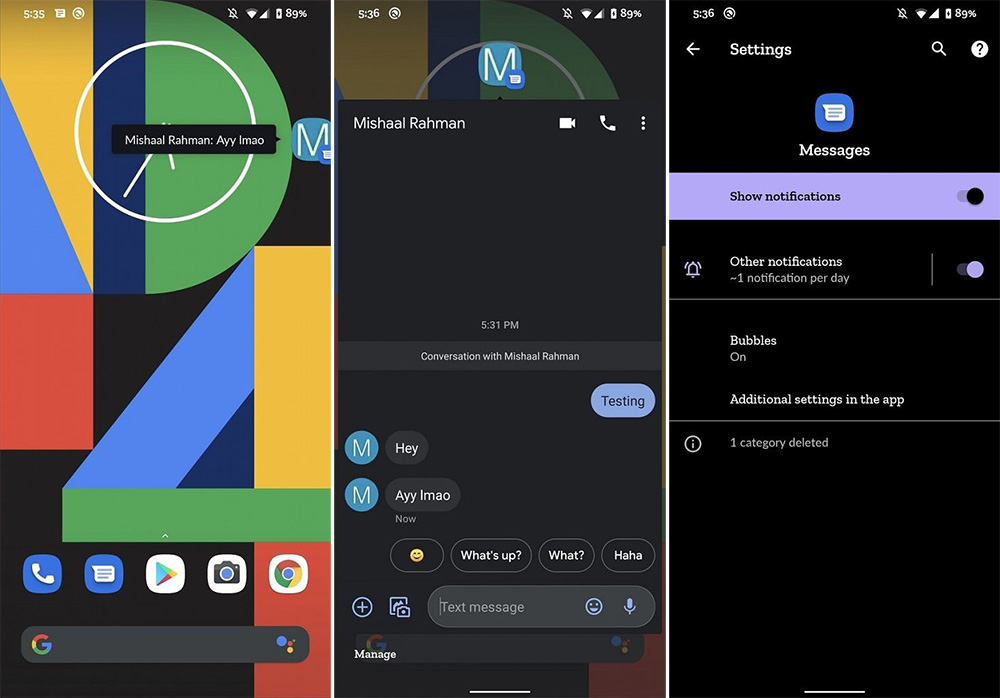 This feature basically allows users to access the Messages app without having to open the app itself. The floating chat bubbles can also be moved around the screen as you continue to open other apps on the phone. Think of this as a more elaborate version of Quick Reply. It is likely that Google will want to get permission from other messaging apps so you can access and handle all your conversations more effectively using Bubbles.

At this point, it’s not known as to when Google wants to bring this to Android 10 users. But the fact that the company is working on a feature like this is a good sign, especially if you’re a frequent user of the Messages app. It is possible that Google will pack this feature with Android 11, which will be announced mid-2020 with a formal rollout expected after the announcement of the 2020 Pixel smartphones.

While the idea of Bubbles is not particularly new to the users, it’s getting a revival of sorts with Google Messages. Do you like this addition to your Android experience? Let us know.