Neither the Samsung Galaxy S9 nor the LG V35 ThinQ boasts a ground-breaking design. Most people wouldn’t be able to tell the Galaxy S9 from the Galaxy S8, and the same can be said about the V35 and its predecessor, the V30.

The Samsung Galaxy S9 and the LG V35 ThinQ are also very similar to each other. Both feature rounded corners, slim forehead, and chin, and neither have a camera notch. The LG V35 ThinQ is a 6-inch smartphone with a dual-sensor camera and a fingerprint sensor on the back.

Both devices are similar in terms of durability, offering Gorilla Glass 5 and IP68 water resistance. With IP68, you can use your device up to 30 meters deep underwater for half an hour without damaging it. 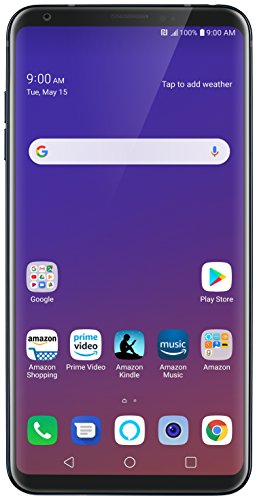 Being top-tier 2018 flagships, both the Samsung Galaxy S9 and the LG V35 ThinQ feature the powerful Qualcomm Snapdragon 845 chipset with the Adreno 630 GPU. The VG V35 has 6 GB of RAM, whereas the Galaxy S9 only has 4 GB, but the difference is hardly noticeable in practice. The Galaxy S9 makes up for the memory with 256 GB of storage space, compared with the 64 GB of storage found on the V35.

Even though the V35 has a 3,300 mAh battery, the smartphone lasted less than the Galaxy S9, which only has a 3,000 mAh battery. The difference probably comes down to software optimization, so there’s a good chance that LG will eventually release an update and sort this out. Until then, the Galaxy S9 is a better choice for people who need their smartphone to last a whole day.

Flagship smartphones from Samsung are known for taking excellent pictures, and the Galaxy S9 is no different. Its 12 MP sensor with a variable aperture features optical image stabilization and can record 4K video at 60 frames per second. It also takes beautiful pictures in all light conditions, largely thanks to its 1.4 μm pixels. Those who choose the larger Galaxy S9 Plus can take photos with a second sensor, which delivers 2x optical zoom and a portrait-specific photo mode.

To compete with Samsung, LG knew the V35 had to take at least just as great pictures as the Galaxy S9. Indeed, the dual-lens camera with one 16 MP sensor with optical image stabilization and another 16 MP sensor with a wide-angle lens doesn’t fail to impress. The V35 produces consistently sharp, vivid pictures, and it features a wide range of photo modes and AI enhancements. Unfortunately, its 4K video recording capabilities are limited to 30 frames per second, making it less suitable for serious videographers than the Galaxy S9.

The Samsung Galaxy S9 and the LG V35 ThinQ run on Android 8.0 Oreo, the latest version of Google’s mobile operating system. Each of the two smartphones also features various enhancements on top of Android 8.0. The default launcher on the Galaxy S9 is Samsung’s TouchWiz, and it includes optimized widgets, a flatter look, a modified fold interface, and clearer icons. The Galaxy S9 also supports the Samsung Dex Pad and Dex Station, allowing you to turn your smartphone into a real desktop computing experience quickly.

The LG V35 packs a lot of audio-specific features, such as a headphone jack with a Quad DAC and something LG calls “Super Far-Field Voice Recognition,” which is a feature that allows you to activate your smartphone with a voice from up to 17 feet away. Running on top of Android 8.0 Oreo is LG’s UX 7.0. This custom launcher introduces several visual changes and usability enhancements without slowing down the smartphone.

Both the Samsung Galaxy S9 and the LG V35 ThinQ are expensive smartphones.

It’s the price that makes the V35 such a hard sell. Samsung has already established itself as the most desirable high-end Android brand, so it’s hard to imagine too many people going for the more expensive yet less known option.

Both smartphones are equal when it comes to performance and very close in terms of picture quality, battery life, and software features. But considering the difference in price, the Samsung Galaxy S9 offers a better value than the LG V35 ThinkQ. What’s more, the Galaxy S9 can record 4K video at 60 frames per second, which is by itself a huge selling-point these days.