The Samsung Galaxy S8 is all that people talk about right now. It comes with state-of-the-art design and an impressive hardware specs sheet underneath, making it one of the most desirable handsets in the world right now. The hardware, however, is overshadowed by the completely revamped software that the company is bringing to the fore.

But what if you’re an owner of the Galaxy S6, which was launched in 2015 with much promise. While the phone was a game changer for Samsung back then, does it make sense for you to upgrade now? Well, let’s help you figure this out today. We are going to take a look at the hardware of both the smartphones to ascertain if you’re due an upgrade. While people might say yes in most cases, it always helps to get a closer look to understand if it’s actually worth it. So if you’re a Galaxy S6 user and have been contemplating the purchase of Samsung’s next big thing, we suggest you read on.

Galaxy S8 vs Galaxy S6 Specs Comparison: Should You Upgrade?

The Galaxy S6 comes with a 5.1-inch Quad HD display but lacks any curves on the display. While many customers have complained about accidental touches on the edges of the curved display variant, Samsung has come a long way since then. With the Galaxy S8, the company is using a dual-edge 5.8-inch Super AMOLED Quad HD display on board, offering you the best in terms of colors, performance, and efficiency.

Customers won’t find much of a difference in terms of display quality since both phones come with the company’s proprietary Super AMOLED display panel. However, the size of the Galaxy S8, coupled with the gorgeous curved edges on either side will surely push you to upgrade. 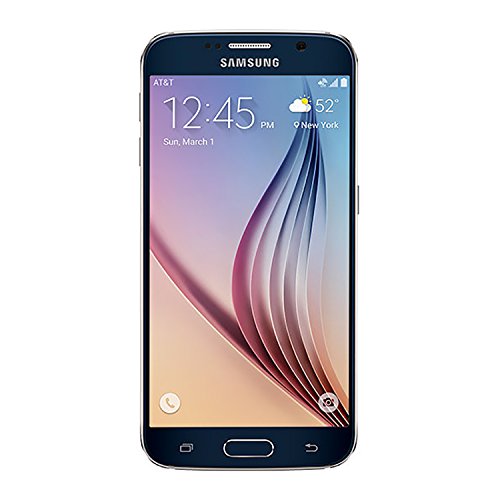 Samsung is using an 8-megapixel f/1.7 front camera with the Galaxy S8. The Galaxy S6, on the other hand, comes with a 5-megapixel f/1.9 sensor under the hood. Samsung has tweaked the user interface of the Galaxy S8 extensively to accommodate a couple of new features on board, making it the better performer overall.

It goes without saying that the Galaxy S8 will surely outperform the Galaxy S6 in terms of speed and performance. This is pretty apparent given that there are two years between the handsets, allowing Samsung to make some massive changes in this area. While Samsung was using its own Exynos 7420 octa-core chipset with the Galaxy S6, the Galaxy S8 makes the jump to Qualcomm’s top-of-the-line Snapdragon 835 octa-core chipset, featuring four Kryo cores of 2.35 GHz and 1.9 GHz respectively. Needless to say, it’s a no contest in this area between the two flagships.

The Galaxy S6 packs 3GB of RAM on board and the Galaxy S8 comes with 4GB of RAM, which has become an industry standard as of today. Perhaps next year we’ll see the company making the jump to 6GB, with many other manufacturers having already taken that route. Again, the Galaxy S8 is clearly ahead in this department as well.

Samsung is packing a moderate 3,000 mAh battery under the Galaxy S8. The Galaxy S6, though, came with a miserly 2,550 mAh unit under the hatch, which didn’t offer a lot of usage times to the customers. So if you decide to upgrade to the Galaxy S8, you should know that this is one of the key aspects of the new flagship. While the 3,000 mAh battery on the Galaxy S8 is by no means a big deal, the UI optimizations made by Samsung will ensure that the device doesn’t run out of juice quickly. Further, the AMOLED display on the smartphone will ensure that the display doesn’t eat up too much of the battery.

While a dedicated voice assistant wasn’t one of the most talked about features with the Galaxy S6, Samsung is changing that with the Galaxy S8 thanks to the Bixby voice assistant. In addition to answering any of your queries about practically anything, Bixby is also capable of doing an image search, pretty similar to Google Now on Tap that was introduced in 2015.

Another crucial aspect to discuss here is the weight and thickness. While the Galaxy S6 weighed 138 grams with a thickness of 6.8mm, the Galaxy S8 is only 8mm thick and weighs 155 grams. This is pretty astonishing given the kind of hardware packing underneath the device, not to mention the increase in the display size.

If you got the Galaxy S6 pretty early on in 2015, then you should most likely upgrade. We have commonly seen that customers wait two years before upgrading to a major flagship. This particular policy makes a lot of sense here as well. While the hardware on board the Galaxy S8 is enough to warrant an upgrade even from the Galaxy S7, it all comes down to personal preference. You should also upgrade if you’ve never owned a curved display smartphone. The Galaxy S8 redefines the smartphone experience that you have been accustomed to. This is true even if you own the Galaxy S6 edge as Samsung has made some massive changes with its new edge panel.

If you recently bought a Galaxy S6 or the S6 edge for a throwaway price, we suggest you wait slightly more before investing your hard earned cash on this one. Perhaps waiting a few months will work in your favor as the prices are bound to come down. Either way, you are only going to thank yourself in a few months as the handset will remain pretty much the same. The only thing that will change is the price tag. However, if you bought the Galaxy S6 on launch day, there’s no better time to invest in the Galaxy S8 than right now. Given that you’ve waited two full years to upgrade, you deserve to have the best flagship in your hands right now.