Hello Android fans! Welcome back to our new #GalaxyS7 post. Our troubleshooting article today covers screen issues and what to do with them. We hope to enlighten you regarding this type of issue.

S7 edge screen flickers and I want to replace the LCD and digitizer myself but when I look for the replacement I’m confused as to whether to replace outer screen and digitizer or the inner LCD. Is there a difference or what is the correct part to replace to correct the flickering issue? Any help would be greatly appreciated. — Philip W.

Solution: Hi Philip. If you find your phone’s screen flickering, there are a number of possible reasons for it:

In order to identify the cause of the problem, you must follow a set of troubleshooting steps. Ideally, you’re supposed to start by doing software troubleshooting, especially factory reset. If you’ve already done that, or if the screen flickering issue was a product of misuse (accidental drop, physical impact, water damage), you can skip software troubleshooting and should instead let a professional check the hardware. Since you seemed intent on doing the replacement yourself, we assume that you’ve already isolated the issue to a bad screen assembly. If the screen continues to flicker after after replacing a part or the entire assembly, you may have to replace the entire motherboard.

A Galaxy S7’s screen assembly is composed of three major parts — digitizer, monitor, and flex cable. The digitizer is a thin layer of transparent sensor that converts analog finger touches into digital signals. These converted data are then transmitted to the motherboard by the flex cable

The images you see are made possible by the monitor, or what you call LCD. A broken monitor manifests in a number of ways including discoloration, lines (vertical or horizontal), flickers, or just plain black screen. The same symptoms can be displayed by a malfunctioning flex cable and graphics chip though so if the problem won’t go away replacing the LCD/monitor, you should proceed with flex cable replacement. If that won’t work still, go ahead with motherboard replacement.

Replace screen assembly instead of a part

If possible, we recommend that you simply replace the entire screen assembly instead of doing it piecemeal. If this is your first to replace a screen, there’s a chance that you may end up damaging the digitizer since it’s connected to the top of the monitor. If you think you can manage it though, go ahead with monitor replacement.

My Galaxy Samsung S7 keeps freezing. When I restart it, it works for like minute or so and freezes again. Or while I am doing something on the phone it just reboots itself and as it turns on. it will reboot again and again and suddenly it just stay on black blank screen with a blue light lit up. When I press Volume Down and Home key along with key simultaneously it comes on. Once it comes the cycle continues all over. I had the phone factory reset and flashed. Still having the same problem. — Luis

Solution: Hi Luis. An issue like yours can have a few causes including an incompatible/malicious app, bad software glitch, malfunctioning battery, or just plain bad motherboard. Like troubleshooting the issue above, you must start with software solutions.

Observe the phone in safe mode

The first thing that you want to do is to check what happens when the device is booted to safe mode. Freezing symptom can be due to low memory caused by a lot of third party apps and services hogging up resources. To put a check on all third party apps, you must attempt to put it in safe mode. We don’t know if it’s possible but it’s worth a try. Here’s how to do it:

Remember, safe mode is not a solution but a way to an end. If your S7 works normally for a full day, without the symptoms you mention above, you should invest time and effort in eliminating problematic apps from the system. Only you can do this so if you have hundreds of apps installed, it may be a long process. Basically, what you need to do is to observe the phone for an hour after uninstalling an app. This will give you enough time to notice a difference. Do the same cycle until you notice that the symptoms are gone.

Sometimes, flashing the firmware can affect the bootloader as well, causing a device to be stuck in an issue called boot loop. Basically, a boot looping device can’t load Android at all and regularly goes into a loop when booting on. If the cause of such situation is a corrupted bootloader, reflashing the bootloader with the stock version should fix it.

Below are the general steps on how to reflash a bootloader of a Samsung device. Exact steps may vary a little so be sure to consult other guides for your particular model.

Some freezing and random shut down issues can be one of the symptoms of a bad battery. Should the steps above, especially after reflashing the bootloader won’t work, you’re most likely looking at a hardware problem, with the least being a bad battery. If you can, make sure to replace the battery. However, if the phone is still under warranty, or if you don’t want to tinker with the hardware, have Samsung fix the issue for you.

I put my T-Mobile Galaxy S7 on a table to charge. It was working fine. A little later I found my phone on the floor and the screen was stuck on black but notification lights were on and I could hear my phone powering on and hear vibration. I Google how to fix my problem and I found a forum that said to push the Volume Up button, the Power button and home button all at the same time until the little green reboot guy pops up. I never saw him pop up and now my phone wont even power on. — Ashley Pennington

Solution: Hi Ashley. There’s a difference between a phone not turning on issue and screen not turning on issue. Which one are you having? The first means that the phone is totally dead — no light and sound notifications, no vibration, or does not ring at all. The second means that only the screen is not working but the phone still powers on as manifested by sound and light notifications, vibration, or ringing during calls.

If your issue is similar to the second case, try to see if the problem is caused by a software problem. To do that, try to boot the phone to either Recovery Mode or Odin Mode and see if the screen works. If it remains black, or won’t boot to any of the modes at all, consider having the screen replaced.

Below are the steps on how to boot the phone to Recovery Mode or Odin Mode: 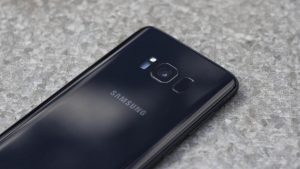 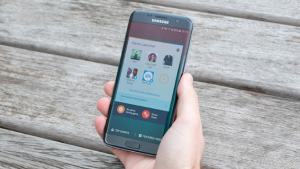 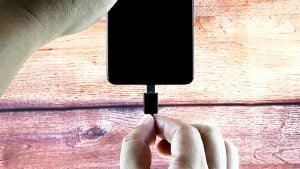 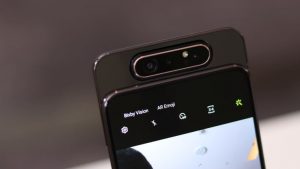 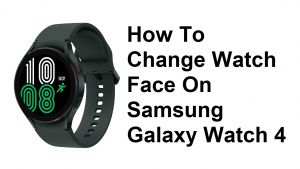 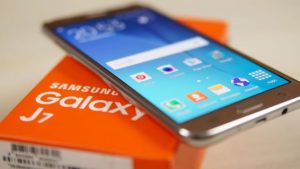