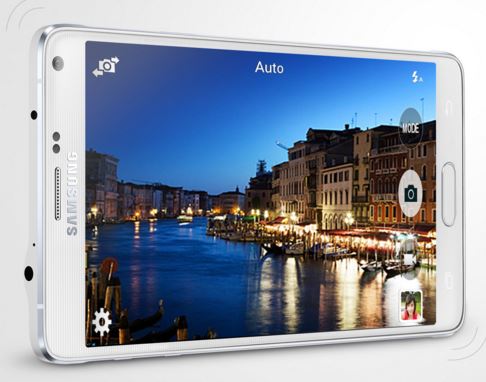 Noticed some lag or freezing problem on your #GalaxyNote4 lately? It might be RAM issue, or something more serious. Whatever the real reason is, we know firsthand how frustrating it can be to spend several seconds of our life staring at that loading screen (especially when this wasn’t the case before). Slow performance problems can manifest in many forms but their solutions are often similar. We hope that these three issues below can shed light on the matter.

Hello! I have a Note 4 that has been progressively getting slower and slower to the point it takes at least 5-10 seconds before responding to touching an app & opening…Facebook in particular crashes regularly- usually daily. And when I exit it (push the bottom left button to exit the app and everything) then restart the app, it still opens up to either a black or a white page and I have to repeatedly close/exit the app and restart it until it finally restarts. Most times even re-logging into Facebook itself… By crashing, I mean it does not actually close itself randomly. It actually freezes either on the screen I’m on and won’t go back or allow me to tap anything on the screen. Or it’ll turn the screen black or white. At that point the only option is to like I said completely exit/close the app and start over several (at least 3-4) times until it decides to work again…

Many times when trying to make a call I’ll push send, it briefly (for a split second) shows the calling screen with the phone number, the poof the screen is gone and I have to redial again. Sometimes (although not horribly often) it won’t even allow me to call that number at all- it just keeps dropping. No ringing or anything.

It is extremely slow to charge on any charger that is not the original. AND when I try to connect it to the computer to transfer pics it will NOT at all connect and show up on the computer.

And even if I use the original charger it’s random if I’m lucky to get it to connect or not. On the phone screen it’ll say it’s charging, but the computer will not show that it’s even connected. Plus when I do finally get it to connect, trying to actually transfer the pictures is extremely difficult and frustrating. 99% of the time the computer says it’s not responding and I have to physically disconnect the phone from the charger and start all over- reconnect, wait for it to be recognized IF it’s even going to…

I don’t have an extreme amount of apps on my phone either. Oh, there’s a Malwarebytes thing that comes up randomly too. Not sure if that’s ok or if it could be causing issues.

One more thing, the Note 4 camera is horrible…My husband has an iPhone and the camera on that one is awesome, almost macro. I’m a photographer and it really really frustrates me because this camera is a piece of $7!+…it continuously focuses (or tries anyways) and refocuses over and over. Even though when it’s “focusing” it is always blurry and takes forever. When I tap the screen where I want it to focus rarely it will focus on that. Usually it’ll pretend it’s going to focus and then either focus elsewhere or just stay blurry… Trying to tap the shoot button is almost impossible. It takes it’s time thinking about if it wants to shoot… Most times missing the shot…

Anyways I really hope all this is “fixable”… Please let me know what to do.

Solution: Hi Nikkia. Slow performance, random freezes, malfunctioning camera, and possibly other unmentioned issues in your phone may be caused by malware, corrupted firmware, faulty apps, or a combination of the three. To narrow down which of them is the real cause–like we usually recommend when confronted with simpler issues– may be a bit impractical in your case as it involves spending considerable amount of time observing. The most efficient, and hopefully, effective approach would be to simply wipe the phone clean via factory reset.

Do a Factory Reset

We normally recommend doing a factory reset after a user has exhausted all relevant troubleshooting, but since you have multiple problems doing so would actually work in your favor. This procedure will not only fix the issues you mentioned but will ensure that the operating system bugs are minimized.

Factory reset, also known as master reset, will erase everything off your Note 4’s primary storage device so make sure to keep a backup of your personal files like photos, videos, contacts, etc. before you proceed.

If you haven’t performed a factory reset before, just follow these steps:

Be careful with apps you install

Now, wiping the phone clean does not mean we’re done. Far from it. Since there’s a chance that the problem may be caused by malicious software, you want to install apps that are known to be clean. Viruses, trojans, and other forms of malware can find their way into a mobile device via apps or downloaded contents.

But how can I tell which of my apps is clean, you may ask. Well, there’s no straight answer to that as even the most advanced mobile antivirus app right now can be tricked into thinking that a particular app you are scanning is not malicious. That’s a totally different topic though. The general rule of thumb when it comes to installing apps (with preventing malware from compromising a device in mind) is this: stick to official, mainstream or popular apps. Although this rule is not absolute, it is mostly effective simply because a user will think twice before installing least known apps. The logic here is that app developers, mainly but not all, create apps with revenue in mind. Free apps that aren’t popular enough usually gives little to nothing back to developers in terms of financial gain. In order to monetize their product, some developers may resort to illegal means like bombarding devices with ads or forcing re-directs to some digital products, as a way to recoup their investment.

Other apps of course are designed to be malicious from the start and are meant to compromise a device or steal valuable information. These apps can take many forms but many of them can pose as free and harmless games, or attractive productivity apps.

The point is, once you have performed a factory reset, you still need to watch what apps are added to the device to prevent issues from recurring. As they say, prevention is way more effective than solving problems. If you have lots of apps, it’s time to let go of those you don’t necessarily use. If you haven’t used an app for two weeks, chances are it doesn’t deserve a space in your phone. It’s up to you what app to install but once the problems occur again, you should try to uninstall apps until you have eliminated the cause.

Problem #2: Apps on Galaxy Note 4 freeze and close, then phone locks the screen

Recently my Note 4 update to Lollipop, but ever since it has had glitches and problems, being,

Solution: Hi Noel. The first two issues may be resolved by wiping the system cache. Knowing their cause can be tricky as we have to check a number of things. The issues can be caused by a malfunctioning proximity sensor, faulty drivers, bad firmware, or corrupted third party app or apps. The best that we can do is wipe the cache partition first, then do a factory reset if nothing changes.

Here’s how to delete the cache partition:

For the fast battery drain problem, you can refer to a post we’ve written previously. It was meant for Galaxy S4 and S5 but some of the principles can still be applied to your Note 4.

Hi there. I’ve been having these 3 problems for about 3 weeks now.

Thanks for the answers! — Adem

Solution: Hi Adem. The first thing to do is to ensure that the phone’s memory (RAM) is working fine. Android operating system is supposed to automatically manage RAM usage without any user input but sometimes this, in itself, becomes problematic for some reason. Although uncommon, it’s still not unheard of that a powerful device like your Note 4 suffers RAM hiccups so you may want to offer a helping hand.

A Note 4 packs 3GB of RAM and it should be enough to handle even up to 10 apps running all at once. Sometimes though, RAM management is not effectively implemented causing lag and freezes. If this happens, what you can do is to simply turn off some running apps to unload some pressure off the device’s RAM. To do that, just do these steps:

To deal with the keyboard issue, simply delete its cache and data. Here’s how:

Note: Wiping your keyboard’s data will erase any settings and downloaded/installed items like language packs and similar stuff.

If clearing the RAM won’t do anything, try wiping the cache partition and do a factory reset afterwards (steps provided above).