Sound problems aren’t really as common as firmware-related issues but we already received a handful of complaints from our readers about their #Samsung Galaxy S7 (#GalaxyS7) units that seemed to have developed audio problems without apparent reason or after an update. 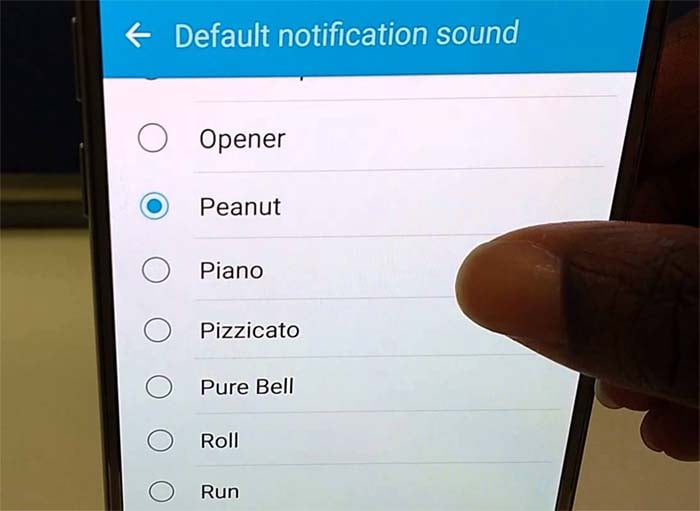 In this post, I cited four different sound issues with the S7. read on to understand the problems, know how they occur and learn how to fix them in case one of them happens to your phone. But remember, all we can do is rule out the possibilities especially for hardware issues and it’s better than not doing anything.

For our readers who have other issues, visit our S7 troubleshooting page as we’ve already addressed a lot of issues with this phone. Find problems that are similar or related to yours and use the solutions we suggested. You may also contact us through our Android issues questionnaire. Make sure you provide us with all necessary information about the problem so that we can help you better.

Problem: I damaged my Bluetooth headset last week so I have to listen to music using the loudspeaker then I discovered that randomly the sound is muffled. I don’t see a pattern and I tried playing the tracks that were muffled on my computer but they seem fine. So, I played them again on my phone and they also played fine. Other tracks get muffled randomly so I think the problem is with my phone. Have you guys encountered this problem before? How do I fix this?

Answer: Based on your description, I think the problem is with the speaker itself. It happens when the speaker is covered or pressed the thing is we cannot open the phone to inspect it. So, all we can do is rule out the possibility that it’s caused by apps or the firmware and then have the technician take a look at it. I suggest you boot your phone in safe mode first and try to play music while in that state…

If the audio is still randomly muffled and if you’re determined to get it fixed, I suggest you reset your phone before sending it in for checkup and/or repair. Of course, backup your data and files before following these steps:

Problem: After an update, my Galaxy S7 doesn’t notify me of received text messages anymore; it just won’t play the usual messaging tone. I am sure that everything was working prior to the update as I was texting somebody when the update notification come in and I was receiving messages with the tone. But after the update, the sound just won’t play. How come? Can this be fixed?

Solution: There’s a setting you need to change so that the notification will again play. Follow these steps and set necessary changes:

Galaxy S7 can no longer detect my old Bluetooth headphone

Problem: I have an old Bluetooth headphone that I’ve been using with my Galaxy S7 for months now. It always worked until recently when an update arrived. I really didn’t have a choice but to download the update and after that, the phone and the headphone can no longer pair. They can still detect each other but can’t pair. What should I do?

Answer: It could have been easier for us to give you an explanation if you included the brand and model of the headphone you’re trying to pair with your phone. You see, the Galaxy S7 is the latest flagship from Samsung and it comes packed with up-to-date technologies including Bluetooth. So, my point here is that your headphone may no longer compatible with the phone’s Bluetooth version. Try to pair your headphone with other phones, if they can be paired successfully and get connected, then the issue might be with your device, however, you also have to rule out such possibility.

Therefore, if possible, try to pair your phone with other Bluetooth speakers or headsets and see if it works fine. If so, then it’s a compatibility issue and there’s no much we can do about it except buy a new accessory.

Galaxy S7 won’t sound off after an update

Problem: After the recent update, my phone no longer plays a sound or there’s no audio in whatever it is I play like music or the notifications. I already tried rebooting the phone many times but the problem isn’t fixed. It’s as if the phone is muted but when I check the volume, it’s set all the way up. I want to know if there’s something I can do to fix this or if it’s caused by other factors and not just the firmware. Help me please. Thanks.

Solution: You’re not the first one to have reported this kind of problem. If you are sure it started after the update, then it’s the cache that may have gotten corrupt. Delete the system cache and everything will be back to normal. Follow these steps…