The Steam Deck is a portable gaming hardware developed by Valve. The recently launched device allows you to play while you’re on the go or by connecting an external display device. All games, including those for Windows PCs, that you buy from the Steam catalog can be played on this system. The Proton compatibility layer for Linux enables this. Users of Steam Decks can install any necessary software, including new non-Steam titles and other operating systems, due to the open platform nature of the software.

For Steam Deck users whose Steam Deck who has stick drift issue such as when the inputs does not register or it will move on random then you need to address the issue by following the recommended fixes below.

Here’s how to fix the Steam Deck Stick drift issue.

One of the common causes of a drift issue is a temporary glitch or software problem. In order to fix this you just need to do a restart your device. You can push the power button for 10 seconds to do a force restart.

Step 4: Check for any Software Update.

If you are still getting the drift issue then you can calibrate the stick and see if it fixes the issue.

Step 8: To make the center dot black, move the slider for the problematic stick to the right then click Ok. 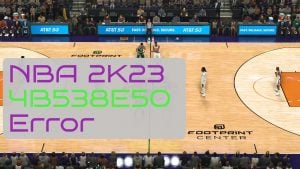