We’re back again for another #Samsung Galaxy S7 (#GalaxyS7) issues and this post will answer some of power-related problems our readers sent us. Power and performance issues are among the most common complaints we received that’s why we feel obliged to answer them. 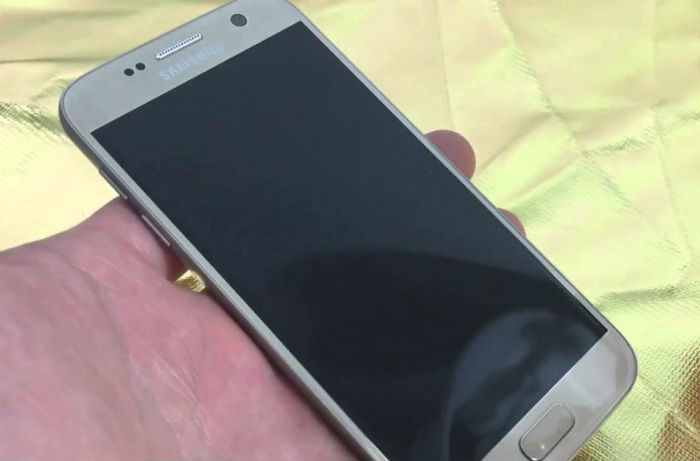 Here are the issues that are included in this post:

If you have other concerns, you can visit our Samsung Galaxy S7 troubleshooting page, find the most related issue that we already addressed and follow the procedures. You can as well get in touch with us by filling up this form, please provide us the most detailed information like how and/or when the issue started and we will get back to you as soon as possible.

Question: I dropped my phone and received a small set of cracks in the lower right corner of the phone. Every since then, the screen will not come on or occasionally go green. I can still receive calls, but unable to see anything. Sometimes this happens for long periods of time (now I use a backup cheap phone) and sometimes briefly. What I noticed is when I’m using the backup phone, and the sim card in my S7  is de-active, the screen NEVER goes off…not once. But as soon as I re-activate the sim and resume using the s7 the occasional “blackouts’ occur which lead me to believe that it’s not a hardware problem. Please help…—Richard

Solution: Hello, Richard! Based on your statement that you accidentally dropped your device and resulted in having a crack in the lower right corner of the device. Let’s go back to the time before you dropped your device, have you experienced random green display? If not, then we have reason to believe that it is not a software issue and most likely screen issues.

We don’t have an idea how high you dropped your device is, but since it caused a cracked to your device then it must be pretty strong drop.

We’ve received several emails from our readers related to your issue, the only way to fix the device is to change the screen itself or device exchange. Then we highly recommend calling the Samsung tech support or the store you bought your device for possible fix. If the warranty is still active and covered accidental damages, then it’s good news.

Question: Hello, my phone would just freeze when not in use, like after going to sleep overnight. This happened basically a day after receiving the phone. I would see the flashing notification lights but the phone would be unresponsive. It also happens sometimes shortly after doing a reboot within 3 hours. One time it was fine all day then froze at 7pm. I tried all the fixes from resetting to factory reset and the problem still persists. One time I did a cache wipe and the phone was rendered almost useless…it froze about 3 times within half an hour. So does this mean that the phone itself is defective? Should I return it? — Kenge Hunte

Solution: Hi, Kenge! It’s a good thing that you did a factory reset and wipe cache partition your device to fix the issue. But, it seems that the problem still remained and your device freeze randomly, it is an indication that your Samsung Galaxy S7 is experiencing a manufacturer defect and cannot be fix by basic troubleshooting procedure. The best thing that you should do is to call Samsung or the store where you purchased your device. Bring the necessary documentation and if the warranty is still active, they might be able to replace it with a new one.

Question: I was brushing my teeth while listening to music on my Samsung Galaxy S7, I placed it by the sink while brushing my teeth. Later, I realized water had entered into the phone and more over the battery was almost dead. So, I left it to dry and placed it in rice for some few hours. Fortunately, it started working again but had issues with the charging. It takes long time to charge than usual and sometimes instead doesn’t charge at all…it’s not stable.

Solution: Samsung Galaxy S7 is a water-resistant device but not water proof. If you accidentally dropped it in the water even for a few seconds there is a possibility that issues will occur without apparent reason. In your statement, your phone refuses to charge the water might be penetrated its charging port. So, performing troubleshooting procedure won’t do any good on your phone. The best thing to fix your device is to bring the device to a tech and let them inspect if for issues.

Question: Receiving message, “Unfortunately WFC settings have stopped.” My daughter has the same phone and she doesn’t have this problem. I have had my phone since September and this error message just started appearing last week.– Tina

Solution: Wi-Fi calling or WFC is a feature integrated into the system of the device wherein user can use it for calling, sending and receiving messages without using a cellular network. However, if error message pops-up without apparent reason, then there might be an issue in the firmware of the phone or the Wi-Fi calling app needs to be updated.

Since, we are not certain what triggered the error message pops up on the screen, the best way to determine is to do the basic troubleshooting on your device. These procedures would not only help you identify what caused the issue but to fix it as well. To do so, follow the steps below:

Step 1: Clear the Cache and data of the Wi-Fi calling app

Assuming that you already activated the app but the issue still happening, clearing the cache and data is the first thing that you should do. By deleting all old caches and data stored in the app is somehow bringing back the app to its factory default. By doing so, there is a big chance that the issue will be fixed. To do so, follow the steps on clearing camera app cache and data above.

Step 2: Check if there is any available app update

One of the factors that app is crashing or an error message pops up on the phone screen it’s because app might be outdated. In fact, there were reports from other users saying that after updating the app the issue was instantly fixed. This time, we recommend you to update the WFC app by launching your Google Play Store and check if there is available update. If so, update the app and observe for any changes on your phone. If the issue still remained, then you can jump to the next troubleshooting procedure.

If the error message still occurs after running in Safe mode, then we recommend using another Wifi calling app, there several apps available in Google play store.

Question: My Samsung Galaxy S7 is crashing often. Originally, I thought it was due to a problem with Firefox but now it seems to not have anything to do with that.  It will be fully charged, crash and 6 to 8 hours later be rechargeable and show 0 charge. It has finally booted but crashed again, that is 19 hours after it seemed to suffer a fatal crash. Tried cleaning the cache, but afterwards, wouldn’t even show that menu. Could this be a dying battery? – Marcdm

Solution: Randomly crashing and not charging even it is connected to a charger can be one of the factors that the device has a firmware issue. However, if the battery is defective it is also possible that your phone won’t charge and shuts off without a reason.  At this point, the first thing that you should do is to troubleshoot the issue to determine if it is firmware or hardware issue.

More often, system crash is one of the reason that your device randomly shuts off or unresponsive. We recommend to force reboot your device, it is equivalent to battery pull for devices that has removable battery. To force reboot, press and hold the Volume Down and Power key at the same time for 10 seconds and wait until your phone will reboot successfully.

But if the issue persists you can perform the next procedure.

There’s an instance that the battery is totally drained or broken. To determine if it is a battery issue, let it charge for about 20-30 minutes then try turning on your device. Try changing your battery if you have an extra available just to make sure if your device will boot up.

Alternatively, try using wireless charger if you have. By doing this, you will also be able to determine which has issue either the charger or your device charging port.

In this mode, all third-party apps will be stopped and only the pre-installed apps will run in your device. This is not a solution to the issue but to make sure your device will respond and boot up in this mode. Charge your device while in this mode for about 20-30 minutes and see there’s a progress.

But if the problem is still happening after the safe mode perform the next procedure.

By booting it in recovery mode the components of the device will be powered up and if there’s no hardware issue it will turn on normally. To do so, follow the procedures below:

Step 5: Bring the device to the nearest local service center

You’ve performed most of the necessary basic troubleshooting steps to fix the issue but to no avail. This is the time you need to bring your device to the nearest Samsung service center to have the professionals help you fix the issue. Your device might be experiencing a serious issue that cannot be resolve by these procedures. Bring the necessary documentation as well like the warranty of this device if it’s still active.