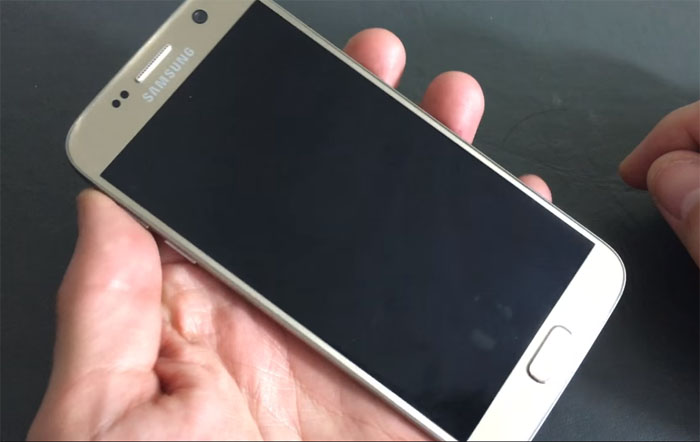 More often, a phone that doesn’t turn on may have some issues with the battery or its hardware. With smartphones, however, there’s the firmware that you have to consider especially if the problem started after a firmware update. It might the case with some of the Samsung Galaxy S7 owners who reported their phones aren’t responding when they press the Power key.

In this post, I have answered some of the power-related issues Galaxy S7 owners reported. The first one is about the S7 that won’t turn on after it shut itself down and according to the owner, the problem started after the new firmware got downloaded and installed.

The second issue is about a unit that cannot boot up successfully. According to the owner, the phone’s screen goes black after the logo, which means it’s stuck between the logo and the home screen. Read on to learn more about these issues and how to fix them.

For those who have other issues with the Galaxy S7, make sure you visit out troubleshooting page as we’ve already addressed a lot of problems since its release. Find ones that are similar to your problem and use the solutions we suggested.

You may also reach out to us if you can’t find solutions to your problem by completing our Android issues questionnaire. Please provide us with information as much as possible so it would be easier for us to troubleshoot your problem.

Problem: Hi. My phone is a Galaxy S7. Recently, there was an update that I downloaded and installed. Was able to use the phone for a couple of days since the update and then it turned itself off without any cause and now it won’t turn back on. Tried everything I can think of but the phone is just dead. Is it possible I installed a bad update? Please help me. Thanks! — Juris

Troubleshooting:  Hi Juris! This problem happens all the time and I’m sorry you’re one of the owners who encountered. You can rest assured though that if the problem is with the firmware due to the recent update, then you can fix it without help from a technician. That being said, here are the things you can do to troubleshoot it:

Step 1: Do the Forced Reboot procedure

This will rule out the possibility that the reason why your phone isn’t turning on is because the system crashed. When this happens, the device won’t respond when you press the Power key and it won’t also respond when connected to the charger.

To force reboot your phone, press and hold the Volume Down button and the Power keys together for 10 seconds.

If the phone reboots, then problem solved, otherwise, you should verify if the battery is totally drained or not.

Step 2: Plug the phone in to charge and leave it for 10 minutes

If the battery is all drained, of course the phone won’t respond when you press the power key. So, if the first step  failed in bringing the phone back to life, verify that the battery has enough power to turn all components on and load all services. Plug in the phone to charge for at least 10 minutes before attempting to turn it on again.

If it’s still unresponsive, then try to do the Forced Reboot procedure while the device is charging. Had the problem been caused by any other factors and not a hardware issue, then it should reboot.

After the first two steps and the problem remains, let’s try to exhaust all possibilities. Another factor that may also lead to this problem when some apps crash and affect the overall performance of the phone. More often, it’s the third-party apps that have a tendency to go rogue. Therefore, booting in safe mode is the next most logical procedure you should try as it temporarily disables all third-parties. Here’s how you boot your Galaxy S7 in safe mode:

If your phone cannot boot up in safe mode, then let’s try to see if it can boot into the recovery mode. In this mode, all hardware components are powered up only that the Android user interface isn’t. If successful, you can proceed by wiping the cache partition to delete all the system caches. Here’s how…

In case your device still won’t boot up in recovery mode, then you have no other option but to bring it to a shop and have it checked as it is more likely a hardware problem that occurred after the update.

Problem: My service provider had this update that we subscribers are forced to download. Long story short, after the update, the phone just won’t turn on to the home screen like it did before. The screen remains black after the logo. I actually tried leaving the phone like that for a few hours thinking it might load everything back but it didn’t. Sometimes, it gets stuck on the logo and there are times when it reboots and get stuck on the same screen. What gives? Can you shed some light into this issue? — Josh

Troubleshooting:  More often than not, when a device get stuck during boot up after a firmware update, it’s the system cache that has some issues–it might be corrupted. The thing is the new system may still use the old cache which may result to some serious firmware-related issues like this that will render your device useless. Therefore, the first thing you should do is wipe the cache partition. Try to follow the instructions in the previous problem on how to delete the system cache. After which, your phone may reboot successfully and you may not need to continue troubleshooting. However, if the problem remains after wiping the cache partition, then you should reset your phone because perhaps, it’s not just the cache that got corrupted but also the data. Here’s how…

In case the issue remains after the reset, the firmware may need to be reinstalled. If you know how to do this, then proceed at your own risk, otherwise, let the technician do it for you.

Problem: I hope you guys have encountered this problem already. My phone is a Galaxy S7 that I bought about 4 months ago. It’s an international version but I got it activated in one of the providers in the United States. I’ve been able to use the device without any issues the entire time until the update came and the problem started. For a couple of days now, the screen of my phone is black but there is this blue light that keeps flashing as if I have messages. When I call my number, it won’t ring and when I charge the phone, it won’t charge. Do I have to send it in for repair or is there something I can do to fix it? — Melo

Troubleshooting: Hello Melo! Apparently, it’s just a system crash. This what happens when the firmware itself crashes. Fortunately, it’s easy to fix this problem…

The device will reboot and the problem is fixed but if it occurs again, then backup your data and do the reset.

Problem: I got careless and my phone fell into a kiddie pool but I picked it out immediately. Moments later, it turned off and when I tried to turn it on the screen flickered for a few seconds and then went black. Tried turning it on again but it doesn’t respond anymore. Is it damaged or something? I thought this phone is supposed to be waterproof? Why is it that it went crazy after a few seconds in water? Can this be fixed? Thanks for your time. — Janice

Suggestion: Hey Janice. Obviously, water got into your phone and messed it up from the inside. Let me answer one of your questions…actually, the Galaxy S7 is water-resistant and not entirely waterproof. Besides, there are spots which liquid can enter like the charging port, headphone jack and there’s the space between the cases.

The answer to your other questions is quite obvious and the only thing you can do for it now is to let the tech take care of it for you.