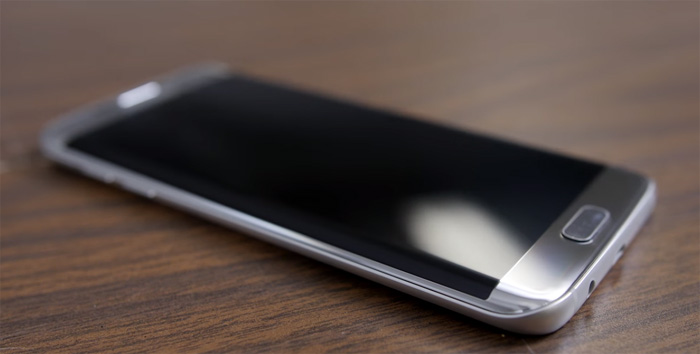 Among the most common screen- and power-related issues with the Samsung Galaxy S7 Edge is the black screen of death (BSoD), which leaves the phone unresponsive to button presses and screen taps. The display is black, hence the name, but there are times when the screen flickers from time to time.

Apparently, it’s worse than any screen issues that have been reported except broken digitizers and totally damaged LCDs. More often, the owner doesn’t know why it happened and mostly said they just found out their phones won’t respond with their screens black. Here’s one of the messages we received from our readers that best describes this issue…

“Hey guys. I don’t know if you can help me with my problem but I just want to ask for help as I have no one to turn to except an expensive technician. My phone is Galaxy S7 Edge, which I purchased 3 months ago and my problem is that the screen is black, it won’t respond when I tap it, nothing happens when I press the power key but there’s blue light blinking. I would surely appreciate if you can help me. Thanks in advance.”

In the case I cited above, the phone’s screen is black but the LED is blinking with blue light, which means the user has some unread messages, notifications, etc. This is one of the variations of the problem. The worst case is when the screen is black with no lights blinking or something. We will try to look into these problems.

For our readers who need further assistance, we are always willing to help. You can reach out to us by completing our Android issues questionnaire. But please provide as much information as possible so that we can give you more accurate solutions. It’s a free service so don’t worry about anything.

As to the problem above, more often it’s caused by a system crash that left the phone unresponsive to button and touch commands. Issues like this can be fixed by the forced reboot procedure.

Press and hold the Volume Down button together with the Power key for 10 seconds. The phone will reboot normally provided there’s enough battery left to power up it’s components.

It’s easy to fix this problem but it’s possible it will occur again in the future. The worse thing is that it often occurs during the time you badly need a phone. My concern is what if your phone freezes when there’s emergency?

If the problem happens again even in safe mode, then one or some of the pre-installed apps may have issues with the system or it could be a firmware issue and a serious one. On the other hand, if the black screen issue doesn’t occur, then there’s one or two of the downloaded apps that may have crashed and resulted to this problem. You need to find them and uninstall them to be safe. Begin your search with your recent downloads and then go after the apps you’ve downloaded a long time ago but haven’t been used recently. If there are apps that need to be updated, then update them.

The key to fixing this problem is proper observation. Once you’ve done something, closely observe your phone to see if the problem got fixed or not. And lastly, if you might want to try to reset the phone (well, assuming the phone can boot up in recovery mode). It will delete everything in it but if this is all you need to do to fix the problem, then you have no other option:

I hope this simple troubleshooting guide can help you fix the black screen with lights blinking issue.

This one here is the real black screen of death; display won’t flicker, no lights, no nothing. This problem can be as simple as a system crash or as complicated as faulty hardware. Keen observation and thorough troubleshooting is necessary to know the cause or the culprit and to eventually fix the problem.

As I said, it can be just a simple firmware crash issue and just like the problem I cited above, I want you to do the forced reboot procedure to see if the phone reboots normally. Press and hold the Volume Down and Power keys together for 10 seconds.

If it really is a system crash problem and if the phone still has enough battery to power up its components and run the firmware, then it will turn on, otherwise, do the next step.

It’s too early to jump into a conclusion that it’s a firmware issue. It might be just a drained battery that rendered your phone unresponsive. Therefore, it’s time you tried charging it. Aside from the obvious reason that we suspect the battery got drained, this step will also tell you if the device responds when it detects current is flowing through its circuits.

If the phone doesn’t charge, I suggest you read our posts that specifically address this problem and its kinds.

Here’s one tip: when you plug the phone and it won’t charge, leave it plugged in for 10 minutes and then do the forced reboot procedure while it’s plugged in.

Step 3: Attempt to turn the phone on

If your handset charges but won’t turn on, then do everything to bring it back to life. You have a couple of things to try to confirm if your phone can still power up its hardware or not.

Try booting it in safe mode – I provided the step by step instructions above on how to do this. The reason why I want you to do this is because sometimes third-party apps and services crash, which may also cause the firmware to crash or become unresponsive.

Step 4: Send the phone in for repair

After doing all these steps and the phone remains unresponsive and its display black, it’s time you sent it or brought it to a local shop to be repaired. We technicians can do tests to determine what really is the problem with your device. As far as doing your part is concerned, you’ve done enough but sadly, the device is suffering from a serious issue.