The Samsung Galaxy S6 (#GalaxyS6) has just received the new Android 6.0.1 #Marshmallow, otherwise known as Android M, update and while it many owners have been excited about the new update, some were disappointed after they’ve installed it as it seemed to have brought or caused new problems rather than fix pre-existing ones. 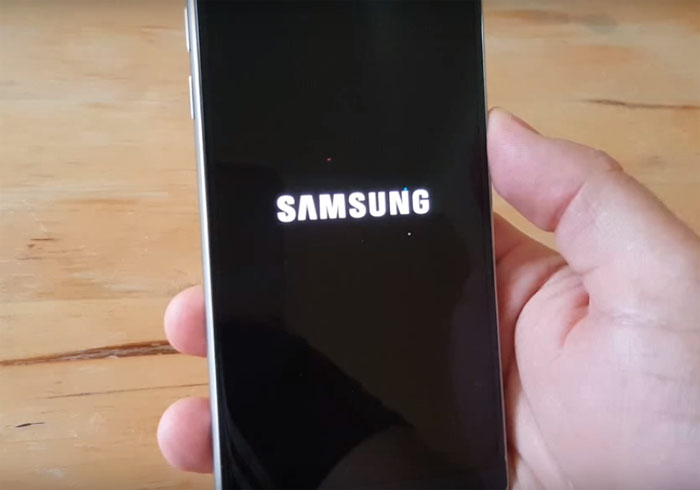 Among the most commonly reported issues after the major firmware update are frequent freezing, random reboots and being stuck during boot up. I will address these issues in this article and I hope that the troubleshooting procedures I present here will be helpful for you.

Before going any further though, if you have other concerns, visit our troubleshooting page. It contains hundreds of questions, problems and solutions you can use to try to fix your problem. You may also contact us directly by completing this questionnaire accurately.

“Hi guys. I just got my Galaxy S6 updated but instead of fixing the previous issues, it made them worse. Before the update, my phone already used to hang or freeze and after the update, it still freezes but now it’s very slow that randomly restarts on its own. The update is the Marshmallow one and I was actually so happy upon receiving the notification only to find out that it brings more problems. Can you help you, please?”

“I have a Galaxy S6 and it just have been updated to the next Android version. Just like before, the phone rebooted after an update but it wasn’t successful as it got stuck on the logo. I already tried rebooting it many times to no avail. I hope you can provide a solution to this because I really am out of options on what to do. Thanks guys!”

It is apparent that the new firmware update messed up your phone for you but the most common causes are the following:

It’s just a minor problem but if you’re not careful, you may end up losing all your data, file, pictures, videos, etc. So, I will guide you through troubleshooting this problem by ruling out one possibility at a time and we’ll start with the safest procedure:

One of the possibilities I mentioned is that some of the third-party apps have compatibility issues, thus, it’s possible that some of them may be crashing causing freezes, random reboots or being stuck during boot up. So, you need to boot your phone in safe mode to isolate the problem:

In safe mode, if the symptoms of the problem still exist, then it’s almost certain that it’s a firmware issue. So, proceed with the next step.

If some of the system caches are corrupt or incompatible with the new firmware, the device may not boot up properly and I mean either it gets stuck, boots up too long or keeps freezing once booted up completely. In other words, your phone would be useless. In this case, this is what you need to do:

This procedure is almost the same as the reset only that your data won’t be deleted. So, you don’t have to go through all the hassles of backing up your files. However, if the problem remained after doing it, then you have no other option but to reset  your device.

Minor firmware issues can always be fixed by performing a reset and since you cannot access the Settings menu, then you need to do it through the recovery mode. But please note that after you reset your phone, you may trip the Factory Reset Protection since you haven’t removed your Google account and disengaged the screen lock. You won’t have any problem with it if you knew your Google account (username and password).

Step 4: Seek help from a technician

If all of these procedures failed to fix the problem, then it’s more than just a minor firmware issue. The update process may have been interrupted, somehow, and the phone cannot boot up successfully due to lacking or corrupted files.

If you are savvy enough to flash the firmware to your phone, then you can do so by using Odin and a computer. Otherwise, visit a local shop and let the technician do it for you.

Q: There was an update that I downloaded yesterday but after that the phone just keeps freezing. My Galaxy S6 is still 3 months old and it’s now acting like this. I already tried restarting it but the problem remained. Is it possible to restore the previous Android version?

Q: The problem is my phone became so slow after the Marshmallow update. I already tried wiping the cache partition but the problem still exists. What else do I need to do to bring the phone back to its original state?

A: Reset. I think that’s the only thing that could fix this problem. Follow instructions in step 3.

Q: After the update, my Galaxy S6 got stuck on the logo. I already tried the forced reboot you suggested in one of your pages but it’s still stuck on the Samsung logo. I tried leaving it for a few hours but it just drained its battery and heated up because the screen was always on as if it was booting up but it wasn’t. Is there anything I can to fix this problem?

A: Yes, there is. Try wiping the cache partition. If that won’t work, then you really need to reset your phone. However, I suggest you follow the troubleshooting from step 1 through 3.