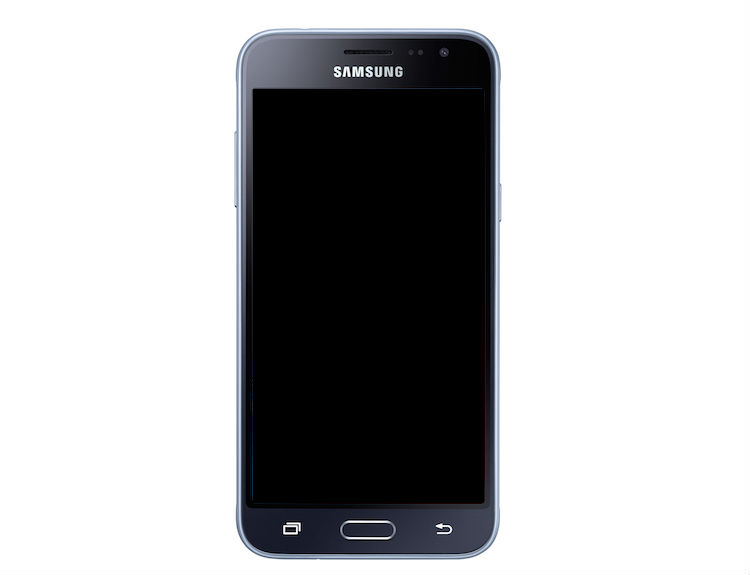 The Samsung Galaxy J3, a mid-range device released by #Samsung in 2016, received quite a few firmware updates and none of them was a big one. Owners who’ve downloaded the update should have installed updates that contain security patches and other performance-related improvements but an update, regardless whether it’s a small or a big one, is an update nonetheless. Therefore, it is always possible that the device may experience some performance issues.

Among the most common issues that may occur after a firmware update are difficulty in booting up and not turning on at all. I will tackle these issues in this post as we’ve actually received a lot of complaints from our readers who own the new Galaxy J3. But before anything else, I just want to differentiate the booting up process from turning on. The former is actually, in layman’s term, just a process of loading the firmware, core services, apps, etc. so the device actually has power. The latter, however, means that the phone cannot even make the screen flicker let alone power all its hardware components.

Now, continue reading to understand why these problems occur and learn how to troubleshoot your phone should one of them happen to you. Click on the link below to jump to a specific issue:

For our readers who may be experiencing different issues, take time to visit our Galaxy J3 troubleshooting page for we have already covered some of the most common issues reported by our readers. Try to find issues that are similar with yours and use the solutions and/or troubleshooting guides we suggested. If they don’t work for you or if you need more help after using them, then feel free to contact us by completing our Android issues questionnaire. Be as detailed as possible so we can provide more accurate and personalized solutions.

When an Android phone like the Galaxy J3 failed to boot up successfully or got stuck during the boot up process, then it’s possible the device is experiencing a minor firmware issue, although there is also a possibility that it is caused by some apps. You need to thoroughly troubleshoot your phone so you won’t end up losing your files and/or data. With that said, here’s what you need to do:

Try to start your phone up in Safe Mode

The problem is that the phone can no longer boot up successfully after an update and booting up in safe mode will temporarily disable all third-party apps. Why is this a necessary step? It’s because there’s a possibility that some of the apps are no longer compatible with the new system and when the phone tries to boot up normally, some services may encounter errors, thus, preventing the phone from booting up.

You need to try to start your phone in safe mode so that the system will run in diagnostic state and will only load the firmware, core services and pre-installed app. Therefore, if the problem is caused by one or some of the third-party apps, then the phone should be able to successfully boot up in this mode. Follow the steps to boot your J3 in safe mode:

Try to do the steps above several times if the phone refuses to boot up in safe mode just to make sure it really can’t start up in that mode. After several attempts and the phone can’t still enter its diagnostic state, proceed to the next troubleshooting procedure below.

However, if the phone has successfully booted up in  safe mode, then the problem isn’t as serious as it seems but it may still take time looking for third-party apps that are causing the problem. Starting from your recent installations, try disabling or uninstalling suspected apps and try booting your phone normally to see if it can boot up.

Boot up your phone in Recovery Mode and wipe cache partition

Assuming the phone could not boot up in safe mode, then this is the next thing you should do. What it does is delete all the caches created by the system to make way to new ones. When the phone boots up for the first time, caches will be created by the system so that apps and services will run smoothly the next time you use them. When the firmware is updated, however, some of those caches will immediately become obsolete while others may become corrupt. If the new system continues to use them, performance- and power-related issues may occur. So, in this case, I want you to try to wipe the cache partition to force the device to create new caches for services on an updated firmware.

For a phone that couldn’t boot up after a firmware update, wiping the cache partition may be able to fix the problem but there’s no guarantee. So, if it failed, then you have to proceed with doing the master reset still by booting the phone up in recovery mode and choosing the next option.

For certain, a reset will fix the issue provided that the phone can actually boot up in recovery mode successfully but if not, then that’s a different story.

I hope that this troubleshooting guide can help you fix the problem with your Galaxy J3 but if you need more help, then feel free to contact us.

Of the two problems, this one’s a bit more complicated because a phone that won’t turn on or power up could also be experiencing hardware-related problems and when that happens, there’s not much we can do about it because just by unscrewing one screw, you’ll immediately void the warranty of your device. This troubleshooting guide will actually help you to determine if it’s a firmware issue or a hardware problem and the best thing we can do is rule out the former. This is what I suggest you do:

The first thing you need to do in ruling out the firmware issue is by doing this procedure. Soft rebooting your Galaxy J3 will address the problem wherein the firmware crashed for some reason. All you gotta do is remove the battery and while it’s out, press and hold the Power key for a minute to drain electricity stored in some of the phone’s components. After that, place the battery back in, secure it with the back cover and then attempt to turn the phone on again. If it still won’t turn on, then the next step might be able to tell us if the problem is with the hardware.

Step 2: Try to charge your Galaxy J3 to see if it responds

This isn’t a fix but if the problem is caused by a drained battery, then this should do it. The primary reason why I want you to do this is so that you can see if the phone charges or responds when it detects electric current is flowing through its circuits. If it does, then you can rest assured that the hardware is fine and that you simply let the device charge until it reaches 100%. After charging, try to turn it on again to see if it powers up this time but if it doesn’t, then proceed to the next step.

However, if it doesn’t charge or won’t acknowledge being plugged in, then you might just have a charging issue. I suggest you read our guide: How to fix Samsung Galaxy J3 that won’t charge [Troubleshooting Guide].

Step 3: Attempt to boot up your phone in Safe Mode

This is also not a fix but a way to tell if the problem is caused by third-party apps. If the phone starts up in safe mode, then it’s confirmed that your apps have something to do with it. All you need to do this time is to find the culprit and uninstall them starting from your most recent installations. Here’s how you try to boot your phone in safe mode:

If, however, your phone still won’t power up in safe mode, the next step might help.

Step 4: Attempt to start your phone up in Recovery Mode

Again, this isn’t a fix but a way to know if your phone is still capable of powering up all its hardware components even without loading its firmware, GUI and all services and apps. If it can successfully boot up in recovery mode, then there’s a big chance you can fix the problem by either wiping the cache partition or doing the master reset. Here’s how you boot up your J3 in recovery mode:

Choose the appropriate options to try to fix your phone. However, if the device cannot boot up in recovery mode successfully, you there’s nothing much you can do about it except send it in for checkup and/or repair. The firmware may need to be re-installed for your phone to work normally again.