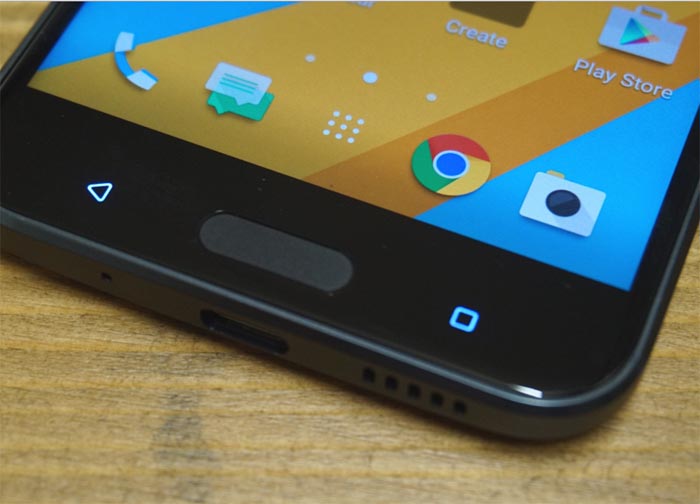 Many HTC 10 owners reported about some texting issues they encountered including not being able to send and receive SMS and MMS. Others have more complicated problems like messaging app crashes, which may affect the phone’s overall performance that may result to freezes, hangs and even random reboots.

I have addressed some of the problems sent by our readers in this post so if you’ve contacted us regarding a similar issue before, try to browse through the list of problems to see if I’ve included your concern.

Problem: Hi! Can you please look into my problem? It’s an HTC 10 and I just got it a couple of days ago but I can’t seem to send text messages. I bought online and then went to my provider to have it configured. Initially I was able to send text message but I noticed my phone keeps lagging I installed some app so did the factory reset and after that, the problem started. I can receive text messages though. Please help me. Thanks. — Janice

Troubleshooting: Hi Janice. I think the problem has something to do with the Message Center Number. That being said, let me explain it to you why this issue occurs according to your description.

You said the phone was bought online brand new and then you brought it to your provider to have it configured. First few days it was working fine but the problem started after the reset. For devices that aren’t carried by any service providers don’t have default Center Number setup. Your provider, of course, configured it to work on its network but since you reset your phone, the number must have been deleted. So, to fix this problem, call your provider and ask for the Message Center Number and ask the representative to set it up on your phone or, at least, walk you through on how to do it.

Now, for users whose phones are carried by a service provider but encountered the same issue, it might still has something to do with the Message Center Number. If you can find the set of numbers online, try to compare it with the number that is setup in your phone. You can then edit it if it doesn’t conform with the correct one.

However, if it’s not the Center Number, then other settings may have been changed or your phone was totally messed up. In this case, you just have to do the master reset to bring the phone back to its default settings but you need to backup your data and files as they’ll be deleted. Here’s how you reset your phone:

Problem: Hi guys. I own an HTC 10 and I been using it for a few months without any problems then suddenly when I open the messaging app to read some texts or open news ones, it either closes or there’s an error saying it has stopped working. When this happens, all I can do is close the app but the phone would lag or freeze for a few moments. As a person who depends on his phone, it’s very inconvenient not to mention annoying. If there’s something you can suggest that I can do to try to fix it, that would be great! — Smith

Troubleshooting: Apparently the app is crashing the phones performance is affected. There are various factors that may cause this problem and that’s what we’re going to find out so that we can formulate a solution. Since we are dealing with a certain app, let’s try to see if other third-party apps have something to do with it then we’ll move to other possibilities. So, here’s what we’re going to do:

Step 1: Reboot your HTC 10 in safe mode to disable all third-party apps

Booting your phone in safe mode will put it into diagnostic mode wherein all third-party apps and services are disabled. If one or some of those apps are causing the problem, then the issue shouldn’t occur if the phone is in that state. Here’s how you boot your device in safe mode:

Once you’re phone is in this state, try to open the messaging app again to see if it would still crash and if so, then the problem must be rooted in the firmware and you need to continue your troubleshooting.

However, if the issue doesn’t occur in that state, it means that one or some of your downloaded apps is causing the problem. It’s easy to fix it but the most challenging part is finding which app is the culprit. The easy way out is to do the reset but that too will take a lot of work as you have to backup your data and files before that.

Step 2: Clear the cache and data of the messaging app you’re using

Assuming the problem still occurs in safe mode, it’s time to go after the app that’s specifically mentioned in the error message or the one that you’re having problem with. Let’s reset the app by clearing its cache and data:

This will reset the app and delete all caches and data it has been created. If the problem still occurs after this, then it’s time you cleared the system cache.

Step 3: Wipe the cache partition to force the system to create new caches

System and apps caches can easily get corrupted and when this happens, the phone’s performance will suffer and some apps may crash and that’s probably what you’re experiencing now. So, here’s what you need to do if booting in reboot and clearing the cache and data didn’t fix the problem:

Step 4: To conclude your troubleshooting, do the master reset if everything else failed

After following the first three steps and the problem remained, it’s time you reset your phone to bring it back to its factory defaults as it might be a serious issue with the firmware. Just follow the instructions in the first problem to perform the more effective reset, which reformats both the cache and data partitions.

HTC 10 can’t receive SMS but can send them

Problem: It’s a bit strange that I’m experiencing this problem but my new HTC 10 can send text messages but no replies go through, needless to say, it can’t receive text messages. I don’t have any idea why this is happening. The phone is brand new and has been working since I bought it now the problem started all of the sudden. Can’t seem to figure out what’s wrong with it so can you guys help me out with it, please? — Mariah

Answer: So you haven’t received text messages from people you sent messages to but have you verified if your phone can’t really receive SMS? Try to compose a text message and send it to your own number. Since you don’t have issue sending texts, it will go through and if you can’t receive it, then the first thing you should do is make sure there’s enough internal storage left. Next is clear the cache and data of the Messages app or any messaging app you’re using.

After clearing the cache and the data of the messaging app and the problem still occurs, you may try resetting your phone and if that fails as well, it’s time you called your service provider.

Unable to send and receive picture messages or MMS

Problem: Hi TDG! I’ve been following your blog for a few weeks now and I haven’t found posts for HTC 10. But anyway I have a problem with it. Everything else is working except MMS. I can’t send and haven’t received any picture messages to and from my friends. I can send a text message but when I try to attach a picture however small it is, it just won’t go through. Can you please assist me how to send MMS? — Julia

Answer: Mobile data, that’s the key to sending and receiving picture messages or MMS. So, the first thing you should look into is whether it is enabled or not. Assuming it’s already enabled and you still can’t send and receive MMS with your HTC 10, then it must have something to do with the APN settings. These are a set of characters that needs to be setup properly on your device so that it can connect to your provider’s mobile data network. If you don’t know what the correct APN for your phone is, then I suggest you call your provider and ask the rep to walk you through in setting it up to make it work.