We all need information in an instant, and there’s no better device than a police scanner to help you achieve this. There are a variety of police scanners available out there. When you combine the fact that they also provide you crucial information ahead of time, these are invaluable devices in today’s world. These police radios, however, need to be picked carefully as some radio signals are encrypted.

So how can you pick the best police scanner? Well, we’re here to help you. We’re going to talk about police scanners from Whistler and Uniden here, who pretty much dominate the market with their scanners. Keeping this in mind, let’s have a closer look at what they have to offer. We even include a surprise towards the end, which might be of use to most users. Be sure to read through.

This comprehensive police scanner will pick up AM, FM, digital as well as analog frequencies giving you the full range of options to stay in touch with the latest information being spread around on official airwaves. There is a detailed alphanumeric keypad on the TRX-1, complete with the ability to pause, scan, etc. The TRX-1 has dedicated buttons for SKYWARN. It comes with the ability to enter zipcodes, so you can easily look through your area for radio signals. It also comes with U.S. and Canadian options built-in, so it’s easier to get started if you live in North America.

It picks up even the weakest of signals thanks to the sensitive sensors onboard the device. Naturally, you can record the content you hear on the radio, which is possible thanks to the microSD card slot on board, allowing you to save content liberally. You can load in saved zip codes on board. You don’t have to rely on the batteries to use the Whistler TRX-1 as it comes with a USB connection, allowing you to place it next to a power adapter and use it as you normally would. Since radio waves aren’t affected all that much inside a building or apartment, this could be the most effective way to use a police scanner. 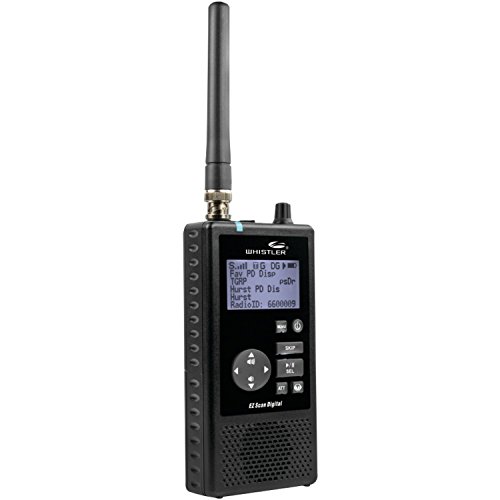 This police scanner is capable of scanning conventional police radios, including Phase I and Phase II digital networks, along with X2-TDMA networks. It can also track Motorola P25 signals, helping you remain on top of the information that’s being shared around on the radio waves. It can store 200 radio configurations, making it an incredibly versatile offering.

The device can record the radio transmissions, and you can even save it for playback later. However, this is only possible with Windows file formats right now, so those with a Linux, Mac, or an alternative desktop operating system are out of luck here.

The device uses two AA batteries to function. Reviews mention that the batteries don’t last all that long, so we recommend users to keep a massive supply of batteries at their disposal if they intend to use the radio scanner frequently. Since AA batteries are easy to come by, this isn’t much of a problem.

The device is cheaper than the Whistler TRX-1. Be sure to check it out from Amazon. It has a 61% five star rating on Amazon, so the users highly recommend this product. 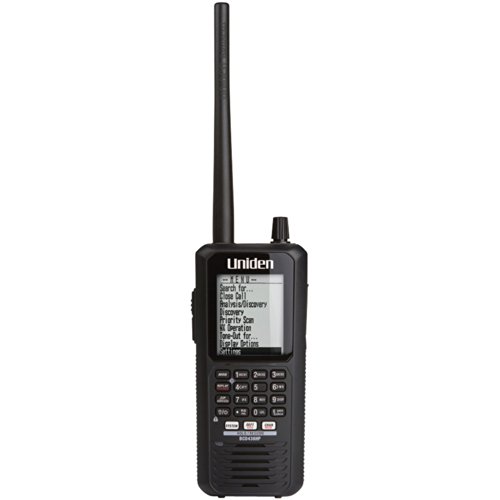 The only non-Whistler police radio on this list, the Uniden BCD436HP, comes with a varied range of functions to cater to a wide range of audiences. Although this unit was originally launched in 2014, it comes with a comprehensive set of features to make it stand out from the crowd. The first thing you will notice here is that the display is significantly bigger than on conventional police radio scanners. This allows for a lot more content to be viewed on your display, and the keypad is LCD backlit, so you get illumination even in the dark. It’s clear that this offering has been designed with a lot of thought, which is perhaps what makes it an appealing prospect even in the presence of other competitive offerings.

The device uses three AA batteries to function, and although the battery life of police scanners is not very highly rated, the Uniden BCD436HP performs fairly decently under normal circumstances. It comes with 4GB of internal storage for your radio-related content. It is quite heavy, though, but having said that, we have seen heavier police scanners out there. The Uniden HomePatrol is not as expensive compared to other offerings on Amazon right now. 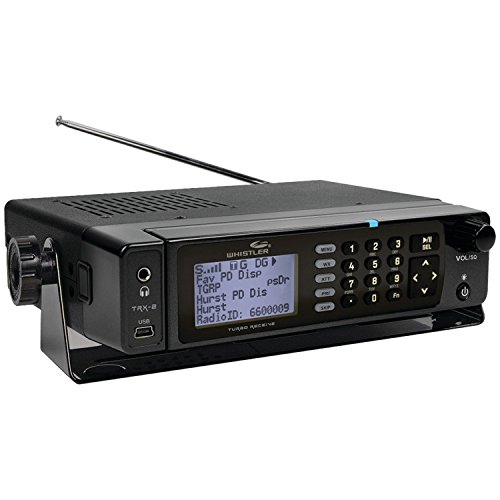 This is the sibling to the TRX-1 model that we talked about above. This means that it shares most of the features with its more expensive sibling. This includes the dedicated SKYWARN button to help you determine of the change in weather conditions or alert you of any calamities ahead of time. This feature can also be seen on the TRX-1, so it’s not a first for the company. The device also comes with CTCSS and DCS subaudible decoder, which is a prerequisite for most handheld radios.

The onboard microSD card comes with preloaded content from the U.S. and Canada to help you get a head start if you live in either region. Programming the zip codes are very easy, so you know exactly which airwaves you want to listen to. The Whistler TRX-2 is considerably more expensive when compared to the other models on this list. Now for the surprise that we spoke about above. Well, this isn’t hardware, but an Android app, that anybody with an Android phone or tablet can get access to. As the name suggests, it offers up the ability to listen to police airwaves without actually owning dedicated hardware for the purpose. This is perhaps the easiest way to stay ahead of the curve and comes highly recommended by the people who have used it on Android.

There are over 6,300 live police scanners to choose from, so you can listen to everything that’s going on in the airwaves from the comfort of your home. There are radio stations about air traffic, weather alerts, marina scanners, and much more, so there are a lot of things you can listen to while on air. This could be the difference between getting the information from the media and staying ahead of the curve and being one of the first people to get news about the current events. The app is free to download, although it comes with ads. It is compatible with devices running Android 4.1 and higher.