Dash cams are massively popular in many markets. These cameras give you a very good glimpse of what goes on when you drive a car and catch something that you might miss. It offers excellent security in case of theft. The advantages are several, really. However, not everybody can get a dash cam suited for their needs. Some simply don’t know about it or don’t want to make an investment in hardware. This is where dedicated dash cam apps for your Android phone come in handy. The best dash cam app basically converts your standard Android smartphone into a fully capable dashboard camera. There are a variety of apps to choose from, so it’s easy for customers to get lost amongst the crowd of applications available on the Play Store.

This is why we’re carefully picking five of the best dash cam apps you can get for your Android smartphone. Although dash cam apps require you to attach your phone to a holster every time you drive, they offer a lot of flexibility in other areas. For example, some best dash cam app out there offer the ability to sync with OBD2 receivers via Bluetooth, letting you get an accurate reading of your car’s health in real time. 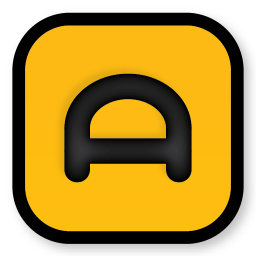 This dash cam app has been around for a while now and appears to be the most preferred choice for all users. The app records content in the background even if you’re using other aspects of the app. The app itself comes with maps and offers you a detailed look of the time you’ve traveled as well as the speed you’re traveling in. The app will keep recording content as long as your phone has storage and enough battery to sustain the trip, making it a fantastic addition to your next road trip.

The app also allows you to conveniently change the storage location of the recorded files (internal/external). The app will automatically record over older videos if you don’t need them, thus saving precious storage space on your device. The app is supported in languages like Korean, Chinese, Japanese, Russian, German, Spanish, Dutch, Turkish, in addition to English. Most of all, the app is a free download, making it a must try for all. AutoBoy Dash Cam is compatible with devices running Android 2.3 and above. Be sure to try it out. 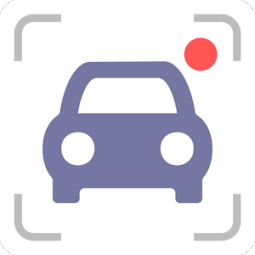 Although it sounds pretty similar to the app above, they’re leagues apart. AutoGuard Dash Cam comes from a different developer, although the core functionality pretty much remains the same. The app is available as a free offering, although the developer also offers a paid version with more benefits on board. The paid version of the app lets the device record video even when you’re using other apps. Background recording is nothing new for an app, however. The app also gives you a small box on top of any other app to give you an accurate understanding of what’s happening. However, this feature might depend on the kind of phone you have.

In terms of other features, AutoGuard also allows you to limit the recording time to save space on your smartphone. You are also allowed to share your videos to YouTube directly from the app, which is a convenient feature to have. The best dash cam app is compatible with a wide range of devices, although the developer doesn’t specify the Android version required to make it work. AutoGuard has been downloaded millions of times in the Play Store, which makes it a pretty popular app in the marketplace. 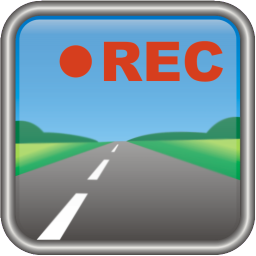 This is one of the most versatile dash cam apps available out there. It lets you control practically every aspect of your dash cam experience, allowing you to even get the location of where the video or picture was captured. The app also lets you turn off location on your device to save battery life. You can set the app to take pictures at predefined intervals for amazing time lapse photography, which is a pretty nifty addition here. You can even upload your video or image files to DailyRoads.com to save device or SD card storage. The app is available for free, although it comes with a bunch of ads. The developers urge users to purchase something within the app or make a donation to get the ad-free experience. 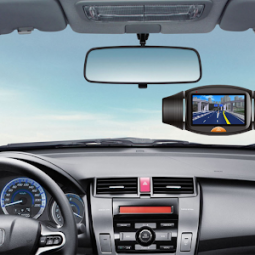 This is for those seeking a simple dash cam application which does exactly what it says. There are a bunch of attractive features on board here which make for a pleasurable experience overall. Given that dash cams can also come in handy during road accidents, the ability to record videos in the background and foreground is very important. The app is supported in English, Spanish, French, German, so not a lot of international languages are included here. The app comes with auto and manual recording, giving you the liberty to choose when you want footage to be recorded.

The app is free, although it comes with in-app purchases. The free version of the app is ad-supported, but making an in-app purchase makes them disappear instantly. The app is compatible with devices running Android 4.0.3 and up.

This is a fairly exciting application which offers the best features in a compact package. You get a comprehensive look of the videos you have recorded along your journey, with convenient storage and file quality settings available at your disposal. The app can support video resolutions of up to 1920 x 1080 or Full HD. The app also gives you a brief look of other aspects like RPM, Speed, Battery voltage, coolant temperature, and much more. It will also give you handy tips on your driving with data like Fuel-cut, eco-drive level, harsh acceleration/brake, idling indicator and so on. Keeping this in mind, it’s certainly a lot more than just a dash cam application.

CaroO is also capable of sending emergency messages if your car has met with an accident or is immobile for some reason. These features ensure the safety of the customers, which is key with every automobile. The app is compatible with Android Wear smartwatches for notifications control. The app is completely free to use, making it one of the most suited options here on this list. The developers recommend users to have a device running Android 4.0 or higher.