The LG V40 ThinQ is a pretty large phone, and it can take up a pretty substantial amount of space in your pockets, especially if you already have a wallet full of cards and cash that you lug around with you all over. Luckily, you can reduce the amount of gear that you’re carrying with a wallet case for the LG V40 ThinQ. And not only can a wallet case provide ample storage alongside your smartphone, but it can also keep your V40 ThinQ well protected against falls and accidental drops.

Not sure what wallet case to pick up for your LG V40 ThinQ? If you follow along below, we’ll show you the best options on the market right now. Here are our top picks. 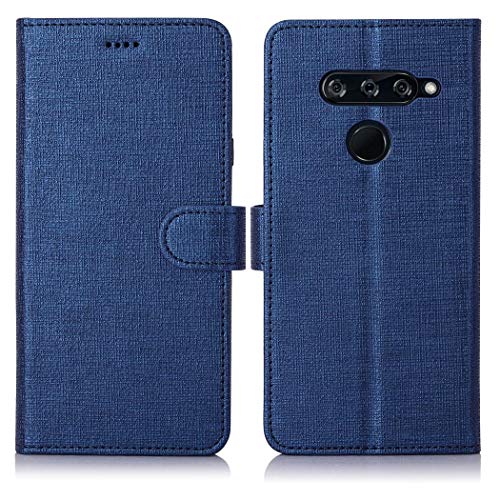 Coming up as first on our list, we have the LG V40 ThinQ Wallet Case by Feitenn. This one is a premium PU leather flip case. It’ll keep your LG V40 ThinQ pretty well protected with four corner protection, and your screen will also stay in tip-top shape because of the screen cover. This one has a magnetic enclosure, which automatically sleeps and wakes the phone based on it being open or closed. It’s available in a variety of different colors. 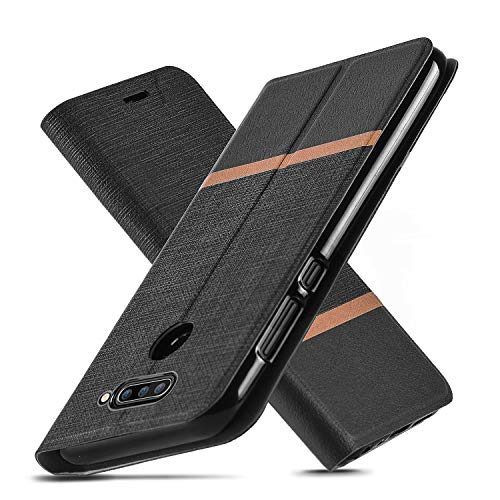 Coming up as second on our list is the Coverl LG V40 ThinQ Wallet Case. This is a fairly thin wallet case, so it won’t provide you with the best protection, but it will stop your phone from shattering in the event of a fall or accidental drop. The flip cover is nice because it keeps your display protected from scratches and nicks. It has all of the precise cutouts needed for the LG V40 ThinQ, such as for the camera, charging port, audio, volume, power, and more. There’s room for a couple of cards, and the screen cover can fold out into a kickstand. 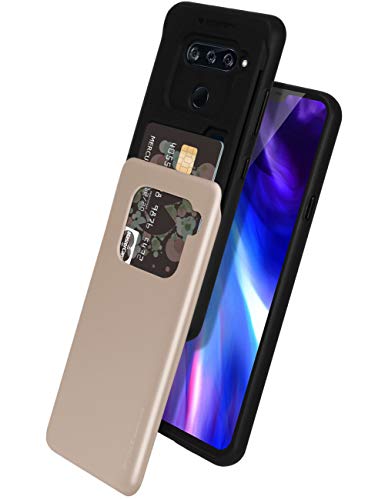 The third contender on our list is the Goospery Sliding Wallet Case. Now, this is a fairly unique case as far as wallet cases go. This is a dual-layer design, with the first layer being a rubber TPU case — then, you put the hard polymer layer over top of that. That hard layer has two card slots on it, which can be accessed by sliding it downward, or upward when you want to secure the case. It’s available in a wide variety of colors, and you have all of the necessary cutouts for the buttons and ports on the LG V40 ThinQ. 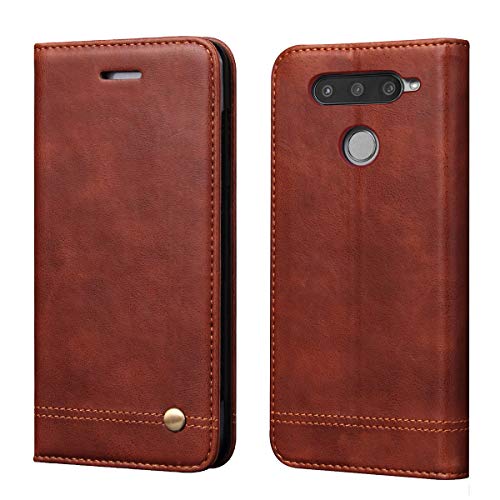 Coming in as fourth up on our list, we have the LG V40 ThinQ Wallet Case by Free Case. If you’re looking for a case that will keep your LG V40 ThinQ protected, but also offer you plenty of styles that is appropriate in the business world, this one will be right up your alley. Made out of faux leather, you can choose whether to get it in black or brown. Set the LG V40 ThinQ in the protective shell inside, and you’ll keep your phone safe from shock, falls, and accidental drops.

There’s one slot for a handful of cards inside, and then there’s a side pouch where you can keep some cash stored. The flip cover can be folded out to be used as a kickstand for easy media viewing. 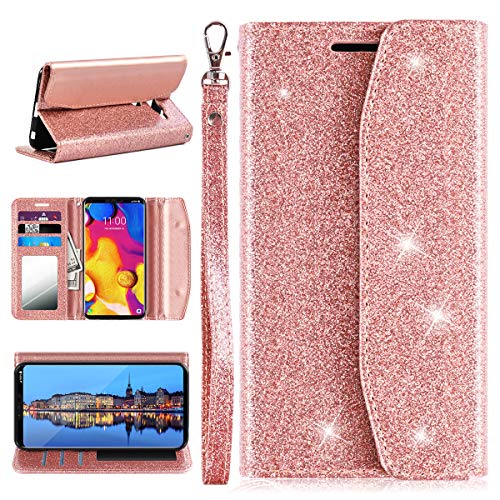 The MMDCase Storm Wallet Case might come in as last up on our list, but this is the perfect option for someone looking for something a little more glittery and flashy. The nice thing about this case is that you get a whopping three card slots for your credit and debit cards, and then there’s a pouch right under those to store your cash. The MMDCase provides you with dual-layer protection and will keep your screen free of scratches and nicks. You can fold out the screen cover to use as a kickstand for watching media, and there’s also a wrist strap included to keep the phone securely around your wrist.

As you can see, there are a lot of excellent wallet cases available for the LG V40 ThinQ. Anyone of these will provide you with great protection and plenty of storage for almost any payment method, though the MMDCase is aimed more towards women. Do you have a favorite LG V40 ThinQ case? Let us know what it is in the comments section below.