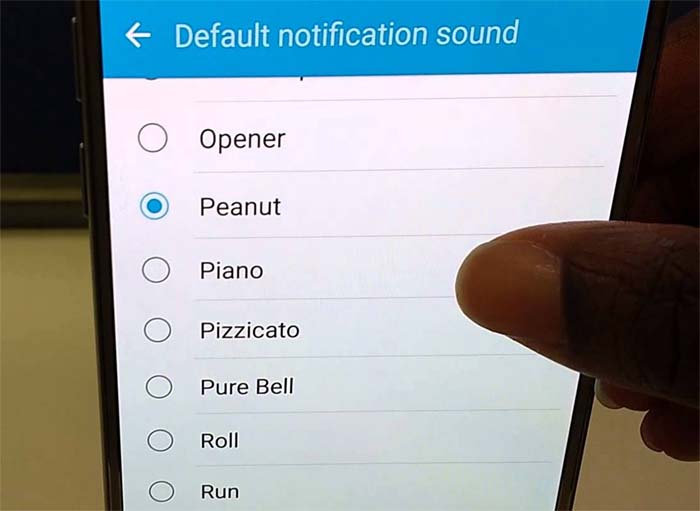 One of the most common audio related issues with the Samsung Galaxy S7 is the notification tone that won’t play when messages come in. Many say it’s a bug in the system, which is more likely because of the number of owners that encountered it, but there were users that were able to find the culprit and fixed the problem.

One of our readers even messaged us regarding this matter saying CM Security app caused his Galaxy S7 to stop playing notification sounds for some reason. That’s why, in troubleshooting this problem, we need to immediately try to isolate the issue by booting in safe mode and see if the phone works fine when all third-party apps are temporarily disabled.

That is exactly what we did in the first problem below. So, if you’re one of the people who encountered this problem, read on to know how to troubleshoot this issue and eventually fix it.

For our readers who may have different issues, visit our Galaxy S7 troubleshooting page and browse for problems that are similar or related to yours. Use the solutions we provided and if they don’t work, you can always contact us and tell us more about it. Just fill up our Android issues questionnaire and hit submit. Provide us with details as much as possible so we can give a more accurate solution.

Q: “I just got this phone the other day – all sounds randomly switch off for no reason; the volume is right up, but I don’t get notification sounds or even sounds from music or videos, even when online. If I restart the phone it all works again, but then later the sounds will disappear again. Thanks!”

A: Many owners have actually reported similar issues. Your problem, however, may have been caused by a bug in the firmware and only an update can patch it. There were, however, reports that some third-party apps may ben causing it and one of our readers confirmed his problem was caused by CM Security he downloaded from Play Store. That being said, it’s easier to determine what the issue is if we isolate the problem. So, let’s boot your device in safe mode first:

While in this state, your phone can still be used normally. So, assuming the problem is caused by a third-party app, the notifications and its sounds should work perfectly now. To verify that, play some music, videos that have sounds or send a text message to your own number to verify if notification sound plays.

If the problem remains even in safe mode, try to check for firmware updates. Updating the system is one way to rule out the possibility of a bug. There is also another way to make sure it’s not a firmware problem and that’s to perform the master reset. You got the phone a few days ago and you may not have a lot of data in it yet, so try to backup whatever it is you saved in there that you don’t want to lose and then follow these steps:

If the reset failed as well, then the firmware update is your last resort.

Q: “Hi I’m on my second S7 and both experience the same issue. After a phone call, but not always it’s random, my notifications stop working. If I try to play a sound, a message pops up that says unable to play during a call and I’m not on a call. It can happen while connected or not to Bluetooth; whether I’m playing music or not; and with both in bound and outbound calls. It’s very random so I can’t narrow it down. I can sometime make a call and hang up quickly to clear it. A soft reset always clears it up but who wants to do that every call?  I have the same apps installed that were on my S4 previously that didn’t have the same issue. Thanks for your help.”

A: I mentioned in the first post that issues related to the notifications not playing may be caused by a bug in the system and only firmware updates would be able to patch it provided Samsung did something that could fix it. A hardware problem is also a possibility here. These devices are built by batches and it’s possible you have gotten two units that are on the same batch. But that’s an assumption and only Samsung could confirm that. So, for you issue, please try to follow the steps I drafted in the first problem. And another procedure I want you to try is this:

It worked for some but there’s no guarantee it would work for you, nevertheless, it’s worth trying.

Q: “Text messaging notification sound will not go off when I receive a new text message. It will not pop up or show me a preview message like it used to. I’ve had the phone for 3 weeks with no issues until now. Please help what can I do?”

A: Your problem sounds like the first two issues I addressed here. So, try reading them both to see if one of the procedures would work for you. If your problem started after an update or just occurred out of nowhere, one troubleshooting procedure worth trying is deleting the system cache. Once deleted, these files will be replaced with new ones that work perfectly with the new system:

Q: “I changed the text tone on my contacts so I know when it is my husband or son – but keep getting the default one.  I changed it on the edit screen then hit save – what am I doing wrong?”

This problem may occur if the notification tone has a different format and it’s because of that reason that phone would revert back to the default tone as it can’t recognize the tone it’s supposed to play when messages come in.

Another thing is that even if the format is compatible, if it’s saved somewhere and not in the Notification folder, the device will still revert back to the default tone especially after a reboot as it seeks for the default directory.

So, if you’re one of the people who wants to use a custom notification sound, make sure you save it in a format that can be read by the phone and save it in the Notification folder.