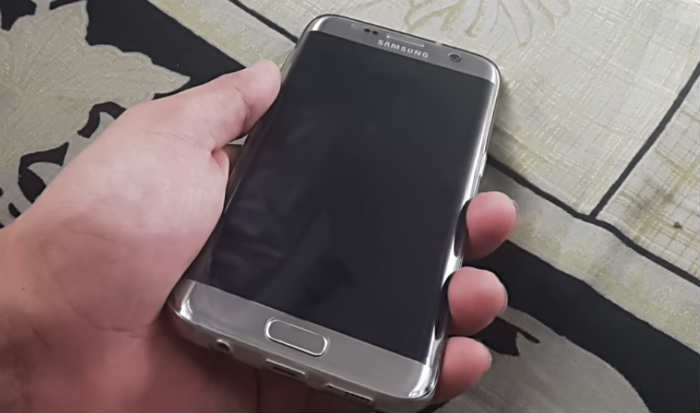 It’s not so common but there are times when the screen of your phone just goes dark and unresponsive. It happened with previous Galaxy devices and it’s happening to some Galaxy S7 Edge units especially after the Nougat update. While it may appear as though the problem is due to the new firmware, it doesn’t necessary mean the problem is with the firmware; it might be an issue with an app that started to crash after the new firmware is installed or a firmware problem caused by some corrupt caches and data.

We need to troubleshoot your phone to know the problem and once we know it, we formulate a way to fix it or, at least, work around it so you can continue using your device. In the case of the black screen though, we really have to bring the phone to turn on to use it so the troubleshooting here is focused on how to try to bring the phone to power up its screen and work normally. If you own this device and are currently bugged by this issue, then continue reading as it may be able to help you.

But before we jump right into our troubleshooting, if you happen to find this page because you own the same device but are looking for a solution to a different issue, then try to visit our troubleshooting page for we have already answered hundreds of issues reported by our readers before. Find ones that are similar with yours and use the solutions we suggested. If they don’t work for you or if you need further assistance, contact us by simply filling up our Android issues questionnaire.

Problem: Hi droid guy. I need your help now because I can no longer use my phone, it just won’t respond. I received a notification about the latest update and I think it was what they call Nougat. Well, I have downloaded and installed it successfully but shortly after the installation, the phone turned off on its own and no matter what I do, it won’t respond. It won’t even charge now that it has the latest operating system. Can you please help me out. Thank you.

Troubleshooting: There are five simple steps you can do in troubleshooting this problem and they are as follows:

The system may have crashed shortly after the new firmware got installed. Usually, the phone would reboot after the update and it might be during that stage that the system encountered an error for some reason and triggered the crash, which often leaves the device unresponsive with a black screen. Assuming the problem is as simple as this, it can be fixed by forced reboot–press and hold the Volume Down and Power keys together for 15 seconds until the phone reboots. If it remained black and unresponsive, move on to the next step.

Step 2: Charge your phone and force reboot while plugged in

We have totally ruled out the possibility of a system crash just yet. So, try to charge your phone for a few minutes and then do the forced reboot one more time but this time, with the phone plugged in. The battery may have been drained that the phone could no longer power up its components even if it has to.

Step 3: Attempt to boot it up in Safe mode

If the first two steps failed, then it’s time to look into the fact that maybe, the problem is due to some apps that started to crash after Nougat was installed. Compatibility issues often do this and may result to some serious performance issues like this. This is how you boot your S7 Edge in safe mode:

If the phone successfully booted up in this mode, then find out which app is causing the problem and then clear its cache and data or directly uninstall it.

Step 4: Attempt to start it up in Recovery mode

If you cannot bring the phone up to boot in Safe mode, then try to boot it up in Recovery mode because if successful, there are a couple of things you can do. This is how to start your S7 Edge in this mode:

If successful, you can try wiping the cache partition first and if that fails, the Master reset is necessary.

As far as troubleshooting is concerned, you’ve done what you have to do as the owner of this phone to no avail. Therefore, it’s time that you let a technician handle the problem for you. Maybe the firmware needs to be reinstalled or there could be a more serious problem. Further tests are necessary and you cannot do those things on your own.

Problem: Hi! I have my Galaxy S7 Edge for 5 months now and since I purchased my device I don’t have a problem on it. But after I updated the firmware the issue occurs wherein the screen turned to blank or black. I rebooted and it works for a while but after a few hours the issue occurs again. I rebooted again for several times assuming that the device will back to normal but until now the screen still black and I don’t have a clue how to fix it. Can you help me with my issue? Thank you in advance!

Solution: Hello! If we have to look into the symptom that your device is showing, it is difficult to pinpoint whether the device has a firmware or hardware problem. If your phone was dropped or soaked in the water, then that’s a clear indicator that it is a hardware issue. But if the screen  turned black out of the blue, then may be it is a firmware issue.

Downloaded applications can also be one of the factors that prevent the screen from waking up after the update. Since, it’s difficult to determine what caused the issue the best thing that you should do is to isolate the problem by performing the software troubleshooting procedures below. Here are the procedures that you should do:

Step 1: Try to check the battery for it might be defective

Before jumping to the conclusion it’s necessary for you to check if the battery is defective or not. Most of the time, a defective or empty battery can be a reason as well  that the device could not boot up completely. To check it, try connecting your phone to the charger and let it charge for 15-20 minutes and observe if the LED above the screen is blinking. Through this method you are also checking if the electric current is perfectly flowing in the circuit of your device. After 15-20 minutes and still not responding, then most likely the battery is defective or the device has hardware issue. In this case, you can bring your phone to the nearest shop to fix the issue.

If the device is charging, there is a chance that a glitch in the system triggered the issue to occur. Through force reboot the phone’s firmware will be refreshed, just press and hold the Power and Volume Down keys for 10-15 seconds and wait until the device reboots. However, if the screen still unable to wake up then it’s time to proceed to the next step.

Step 3: There may be third-party apps triggering the issue

Consistencies may occur from time to time and among the things that may cause them are third-party apps. That’s why it’s necessary to boot your phone up with all third-party apps disabled and you can do that by starting it up in Safe mode. This doesn’t fix the issue but will definitely give you an overview as to whether the problem is caused by a third-party app or not. If successful, then the next thing you should do is find the app that’s causing the problem and then uninstall it. There’s no point in using an app that causes some serious performance issues.

Step 4: Try to bring the phone up in Recovery mode

If successful, then you can try wiping the cache partition as corrupt system caches may also cause this kind of problem. If that doesn’t fix the problem, however, then I suggest you proceed with the Master Reset. There’s a big chance the problem will be fixed by it but the catch is that you will lose all your important files and data.

How to wipe cache partition on S7 Edge

Problem: Good day! I purchased my Samsung Galaxy S7 Edge 7 weeks ago and I love it ever since coz I don’t have any issues or whatsoever. But this week I received a message saying that I need to download for an update, so, I downloaded it without a problem through Wifi. But after several days the device went dead and I don’t have any idea why this is happening on my phone. I did not dropped my device or got wet but why my screen is unable to turn on? Any suggestions about the problem?

Solution: The first thing that you should do is to charge the device for 15-20 minutes and observe if the device is responding. Checking the battery of the device is necessary especially if you’re not certain if it is fully charged or not. If the device responds after a few minutes of charging, then the battery is fine and it is probably a glitch in the system caused the problem. In this case, while connected to the charger you can press and hold the Power and Volume Down keys for 10-15 seconds and wait until the device boots up. If the screen remains black however, the firmware may have been corrupted. You can try deleting the cache partition of your Galaxy S7 Edge for it might be outdated and the device cannot recognize them anymore and caused the firmware to crash. That is if you can successfully bring the phone to boot in recovery mode. If not, then call tech support and set an appointment with a tech if possible. 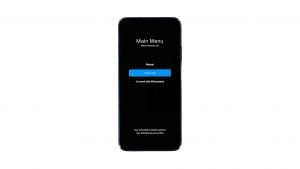 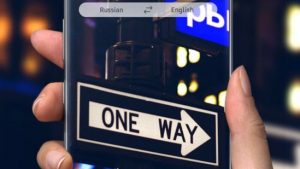