The #LG #G5 is a flagship smartphone released last year that’s best known for having a modular design. What this means is that you can add various accessories to the phone to give it more features or make it perform better. While this is an innovative feature it seems that it has not become popular among consumers as several of the latest flagship models released recently don’t carry this feature. Although a lot of people are using this phone as their reliable daily driver without experiencing any problems there are instances when certain issues can occur which we will be addressing today. In this latest installment of our troubleshooting series we will tackle the LG G5 not turning on after getting wet issue & other related problems. 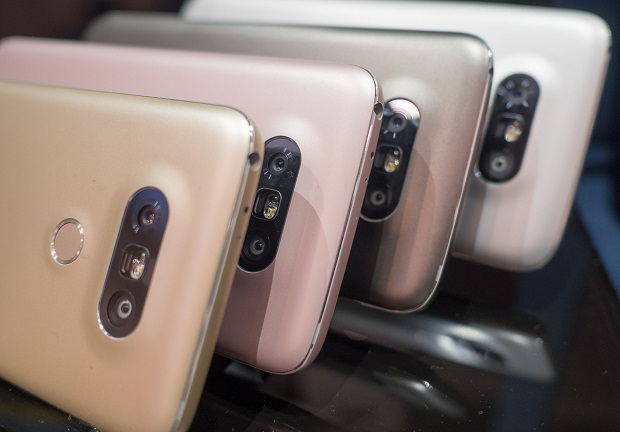 If you own an LG G5 or any other Android device for that matter then feel free to contact us using this form. We will be more than happy to assist you with any concern that you may have with your device. This is a free service we are offering with no strings attached. We however ask that when you do contact us try to be as detailed as possible so that an accurate assessment can be made and the correct solution can be given.

LG G5 Not Turning On After Getting Wet

Problem: Ok so my phone has been dropped a couple times and has cracks in the screen, and I was going to the restroom but forgot my phone in my pocket and it fell in the toilet… and i put it in rice and it was working the next day… but only for a little while…then it shut off….so I plugged it in and it shows it’s at 100%… but it won’t turn on…ive tried everything…do you think you can help my issue

As for troubleshooting the phone you can try getting a new battery and see if the issue disappears. If it doesn’t then you will have to bring the phone to a service center and have it checked.

LG G5 Battery Is Too Low To Boot Error

Solution: It looks like the battery of the phone is not getting charge from the charger. Listed below are the troubleshooting steps that you need to perform to fix this particular problem.

LG G5 Not Turning On Or Charging

Problem: hello my lg g5 won’t turn on or charge, i feel asleep and did not charge next morning it was dead but the night before it was perfect, the battery kept draining pretty fast sometimes so i thought hey new battery right, so i ordered one from amazon and today i tried it and it still wont charge, and it wont turn on even without the battery and still connected, i tried a different cable and charger and nothing, so i don’t know what to do

Solution: You should try cleaning the charging port of your phone using a can of compressed air as sometimes dirt or debris stuck in the port can prevent the phone from charging. If the issue still persists and since you have already performed the troubleshooting steps necessary for this particular issue which doesn’t fix the problem then I suggest that you bring the phone to a service center and have it checked.

Problem: I have an LG G5 and everytime I plug my phone into charge I get an notification telling me to use the phone charger that comes with the device. I am using the correct charger. While my phone has no issues charging, this message is very annoying. What can I do to stop these annoying error messages??

Solution: The first thing that you should do in this case is to make sure that the charging port of the phone is free from any dirt or debris by cleaning it using a can of compressed air. You should also try using a different charging cord as the cord that you are using could be damaged. Another option is to use a different charger.

In case the above steps fails to fix the problem then you should consider doing a factory reset as the error message might just be caused by a software glitch. Make sure to backup your phone data before doing the reset as it will be erased in the process.

Problem: Hi I bought a LG G5 couple of months ago. All was fine until, without warning, the on/off button stopped working. It was still possible to double tap the screen to access the phone. But now I turned it off by removing the battery, to see if I could fix it, but I can’t even turn it on again. Any suggestion? Thanks

Solution: Fixing the power button requires that the phone has to be disassembled. You can however try one troubleshooting step and see if the problem gets fixed. Turns off the phone then remove its battery. Using a cotton bud dipped in alcohol wipe the power button. Make sure that some alcohol seeps in the sides of the button. Wait for the alcohol to dry ( give it around 30 minutes) then try to check if the power button works. If it still does not work then you should bring the phone to a service center and have the button checked.

Problem: I don’t remember how many times my LG G5  (bought from Saudi Arabia) got dropped, but it is just recently that its rear camera (the 16MP camera, not the wide-angle camera) consistently fails to focus on objects far than at least 3 to 5 meters (my estimate). I have it updated to Android Nougat with success, with the camera functioning great for a while after upgrading to Nougat. It was just now that it does not function well.

Solution: What you will want to do first in this case is to make sure that the camera lens is clear from smudges by wiping it using a microfiber cloth. In case the issue still occurs then try the following troubleshooting steps listed below.

Problem: I send a great deal of long text messages.  With my LG G4 there was never an issue regardless of recipient or carrier, and all messages came through  on recipient end as one message.  I would note on the G4 when crossing the 140kb/160 character limit it would convert the SMS to MMS prior to sending.  This is not happening with the G5 as recipients are receiving duplicate messages and my single messages is broken up into a number of texts < 160 characters.  I found Sprint instructions for the G5 and how to turn on message reassembly.  However my G5 (Verizon) does not have that same option available.  Live Chat said hopefully LG will put out an update, but it is not just an LG problem when I read the forums?  I appreciate what you do, thank you.  Any help would be greatly appreciated.

Solution: It appears that this is a software related issue which should be fixed in a future update. In the meantime you should try using other third party messaging apps that you can download at the Google Play Store. Some people who have this very same issue have opted to use a third party messaging app and they say that this is a workaround to this particular problem.