That’s why Google and Amazon have both come up with more affordable, miniature options of their smart home devices — the Google Home Mini and the Amazon Echo Dot. Follow along below, and we’ll go over the differences between these two miniature smart home devices and show you which one is the best. 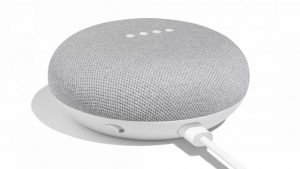 The Google Home Mini is nice because you get all of the functionality of Google Assistant, but it’s also a nice, affordable, low profile package. Since it’s so affordable and so small, it’s easy to buy a few of these and put them in every major room — the living room, the bedroom, etc.

Unfortunately, you can’t pick up a Google Home Mini from Amazon, and can only grab them from the Google Store. Check it out for yourself below. 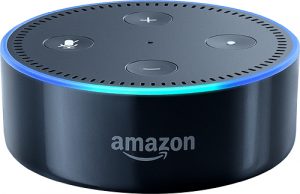 The Google Home Mini, in function, of course has a lot of similarities to the Amazon Echo Dot as well. They’re both smart home devices designed to assist you in everyday tasks, such as inquiring about the weather, traffic, ordering things online, etc. The Amazon Echo Dot, of course, does all of that, but within Amazon’s own ecosystem.

The Echo Dot really is a nice device, and similar to the Google Home Mini, it’s affordability and low profile design make it economical and easy to buy a few and put them in different rooms. Check out the Echo Dot at the link below.

The Google Home Mini can be seen as a lesser product, primarily because Google built the Home Mini off of the success/platform of the Echo Dot. It’s more of a copy than anything — you can even see that in the cheaper hardware. So, the question remains: which should you go with?

Ultimately, it depends on the ecosystem you’re already involved with. If you already use Google products substantially, you’re going to get the most out of the Google Home Mini. But, if you use Amazon products more than Google, you’ll find that Alexa in the Echo Dot can serve you a whole lot better than Google.

And if you can’t make a choice, the Amazon Echo Dot is obviously a more quality product, featuring better hardware and possibly even a better ecosystem.