One of the great things about the newly launched Galaxy S20 is the fact that it supports microSD storage expansion. This comes at a time when most manufacturers are leaning towards ditching microSD cards altogether, very similar to the headphone jack. Well, Samsung isn’t one of them, which means you have plenty of options to expand the internal storage of your Galaxy S20. 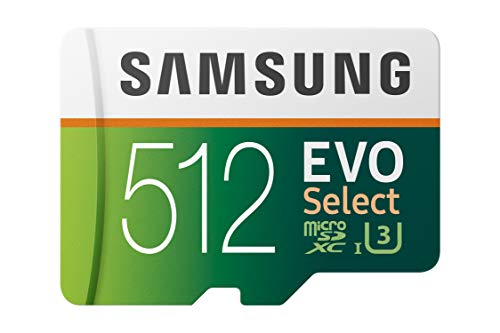 It goes without saying, but nothing’s safer to use on a galaxy s20 than a Samsung microSDXC card. This model, known as the Evo Select, is available in multiple storage options, but we’re picking the 512GB variant as it offers the best value while also helping you store some of those massive 4K video files. Samsung mentions that this microSD card comes with 100MB/second read speeds and 90MB/second write speeds, making this a pretty snappy portable storage device.

The galaxy s20 is also compatible with eSIM, so you can use the existing SIM card slot to plug in the microSD card slot. However, using this may prove difficult if you wish to keep the physical SIM card with your phone. This microSDXC card is suitable for use with multiple devices, including cameras, tablets, and other media devices.

Samsung offers a 10 year limited warranty for this storage device. The company recommends this for storing large 4K UHD video files, photos as well as large games. The company also offers a full SD card adapter which instantly enables compatibility with a handful of devices out there. 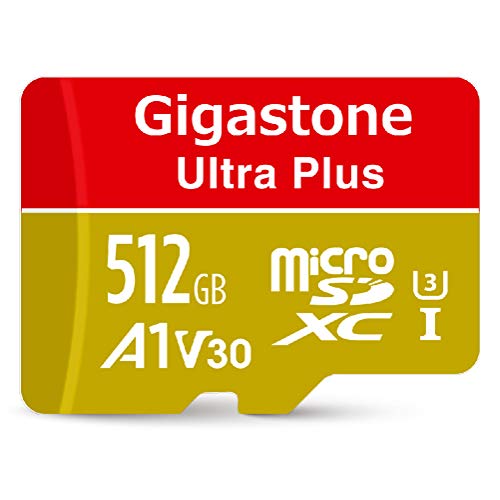 While Gigastone isn’t a well-known brand like the ones we discussed above, it does offer exceptional portable storage products. This 512GB microSDXC card is highly rated for its performance and can offer snappy read/write speeds as well. While it’s certainly not on par with Samsung’s EVO cards, the difference is barely noticeable. The company is kind enough to offer an SD card adapter with the microSDXC card, although there are no additional freebies on offer here.

The manufacturer recommends this for games, media, as well as natively stored 4K or 1080p videos. Photography enthusiasts will know that 4K videos at high frame rates can take up quite a bit of space, making the storage capacity extremely crucial. 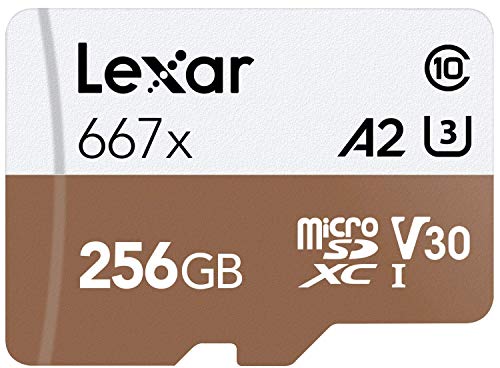 Lexar is a well-known brand in the marketplace, and has offered microSD cards in almost all capacities for a few years now. This particular variant, however, is the 256GB model, which means you won’t have as much storage as some of the microSDXC cards we’ve talked about here, but is a viable option for those who thing 512GB of additional space is overkill.

Given that phones like the galaxy s20 Ultra 5G can come with up to 512GB of internal storage, it’s not unwise to pick a microSD card with just 256GB of storage. That’s still nearly 1TB of storage space on your smartphone, which should be sufficient for most users.

This microSDXC card is also recommended to run your apps natively thanks to its high-speed transfer rate. The company also offers a Class 10 SD card reader with this product which should come in handy when you’re switching between multiple devices such as laptops, cameras, video cameras, and so on. Be sure to have a closer look at this offering. 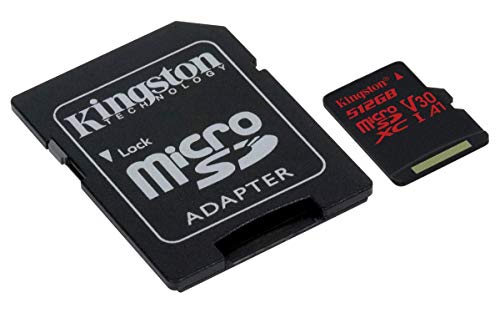 Kingston is a recognizable name in the industry thanks to the company’s years of expertise in the field of portable storage devices including flash drives. This 512GB microSDXC card from the company apparently offers better batter life for your smartphone thanks to certified low battery consumption.

Just as with Samsung’s microSDXC card we discussed above, Kingston also offers a full-sized SD card adapter to go along with it. This allows you to plug it into bigger devices like laptops or even some cameras. Kingston mentions that this card can offer data transfer speeds of up to 80MB/second including photos, videos, music files, and so on. More importantly, the 512GB storage capacity makes it suitable for 4K video recordings on your galaxy s20. Be sure to check it out. 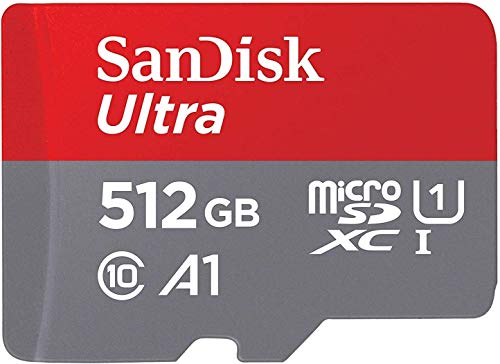 This ultra fast microSDXC card by SanDisk is certified by SanFlash, so customers know they’re getting the best of the lot. The company specifically mentions that this card is designed to work with phones like the galaxy s20, as well as its siblings the galaxy s20+ and the Galaxy S20 Ultra.

This card is available in multiple storage configurations, but as we’ve mentioned above, 512GB is the perfect capacity for all occasions. Customers will also find a full-size SD card adapter with this unit. 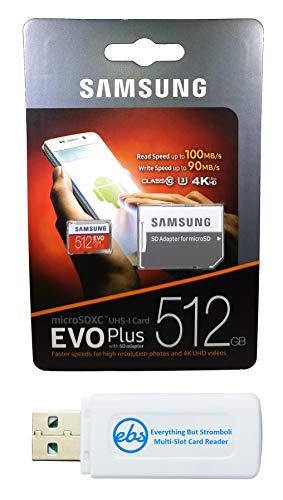 The second Samsung microSDXC card on this list, the EVO+ comes with a fairly similar build as the EVO Select, but with obvious visual differences. What makes this bundle exciting is the fact that it also comes with a microSD card reader for your tablet or desktop. This plugs into your computer over a standard USB port. Since this is the size of a regular flash drive, it’s also very portable.

As for the microSD card, well, this is a 512GB capacity variant and Samsung mentions that it can offer 100MB/second read speeds and 90MB/second write speeds, which is as good as it gets really. The company adds that these microSDXC cards are x-ray, water, magnet, and temperature proof, thus ensuring that your data remains safe within the portable card. Samsung recommends this card for its Galaxy S and Galaxy Note Android phones which includes the newly launched galaxy s20 as well as the Galaxy Note 10.