Power related issues are among the commonly reported problems as they occur without precedent and can be triggered by firmware and/or hardware issues regardless whether they’re simple or complex ones. The same is true even with the #Samsung Galaxy S7 Edge (#S7Edge), which is one of the most powerful smartphones available in the market today. Since we started supporting this device, we did receive quite a lot of complaints from our readers. 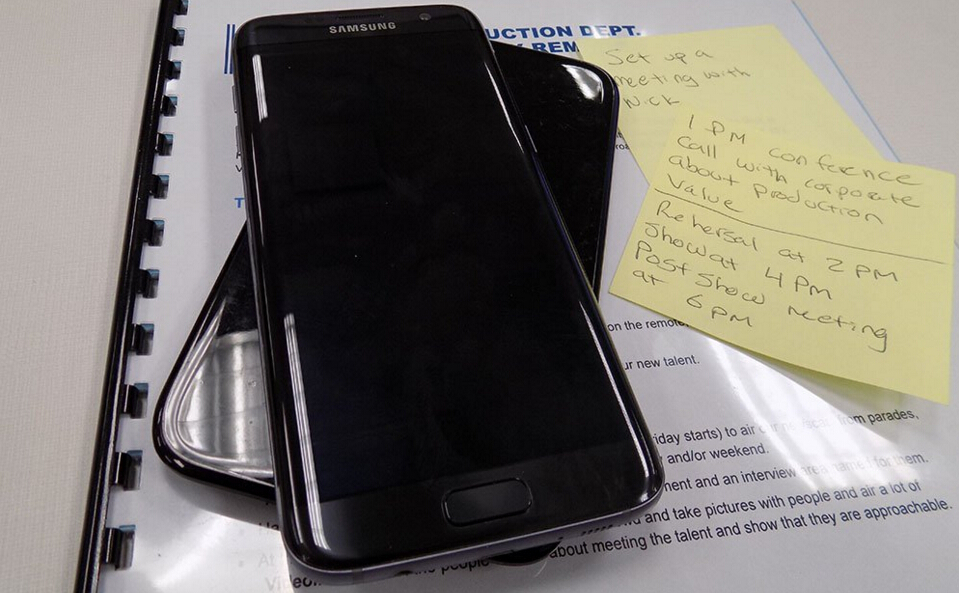 In this post, I will address a few of them–three, actually–and they’re among the most commonly reported power-related issues that often result to black/blank screen. If you’re recently bugged by an issue with your device and if it happens it has something to do with the power or characterized by a black screen, try to go over the problems I included here as one of them may provide you with an answer or solution to your own problem. To make it easier for you though, here’s the shortlist of the issues. Click on the link to jump to a specific problem.

For those who have other issues, however, make sure you drop by our Galaxy S7 Edge troubleshooting page as we’ve already addressed hundreds of issues with this device and majority of them were reported by our readers. You may be able to find solutions to your problem while browsing. However, if you need further assistance, you can contact us by filling up our Android issues questionnaire and provide us with important details of the problem.

Galaxy S7 Edge turned off while using an app, won’t turn back on

Problem: I was just using a couple of apps multitasking between Facebook and Messages when my Galaxy S7 Edge shut down or turned off on its own. I thought the battery got drained so I plugged in and left it for a couple of minutes but it didn’t charge at all. As a result, the phone won’t turn on no matter how many times I pressed the power key. I don’t know what to do as this is the first time this problem occurred. I need your help guys. Thanks.

Troubleshooting: It is possible that one of the apps you were using crashed and affected the general performance of your device that also resulted to a firmware crash. Consequently, your phone became unresponsive and won’t even respond even if the charger is plugged in. Things like this happen all the time and it may not be fixed unless you do something about it.

In this section, I will walk you through in addressing the problem. Let’s try to do some procedures and find out if we can fix it. Just follow the steps below:

The force reboot procedure will simulate the virtual battery disconnect, which is equivalent to the battery pull procedure for devices with user-removable batteries. such procedure is very effective in fixing firmware crashes as well as minor firmware and hardware glitches. It must be the first thing you need to do; it is safe and very easy to do.

Just press and hold the Volume Down button and then press and hold the Power key. Keep both keys held down for 10 to 15 seconds. Provided your phone has enough battery to power up its components and that the problem is a minor system crash or a glitch, it should boot up successfully. Otherwise, the next procedure might tell more about the problem.

Step 2: Restart your device into the Safe mode

As the owner said, the problem occurred while he was using or multitasking between apps. Both Facebook and Messages are pre-installed apps and one of them might be the cause but we also need to consider that there are always other apps running in the background. Therefore, it is best that we try to isolate the problem first to determine if it’s the pre-installed or third-party apps that cause the problem. That being said, try to boot your device into Safe Mode.

If your phone boots up successfully in safe mode, then at this point, we’ve already solved the problem as the phone powered up already. So, just reboot the phone to boot up normally. However, if the phone won’t boot up in safe mode or still returns to having a black screen after booting in safe mode, then you should go after the firmware.

Step 3: Attempt to boot your device in Recovery Mode

This procedure will power all the components of the phone but the Android user interface won’t be loaded.  In other words, it will be a lot easier for the phone to boot in this mode than in normal mode. If your device can boot up successfully into recovery mode, then there’s a chance you can fix it on your own without any help from a technician. Here’s how you do it.

If successful, you may proceed with the wiping of the cache partition and if that doesn’t help either, perform the factory reset.

As far as troubleshooting is concerned, this is as far as you can go. Anything beyond this point should be handled by a technician. I hope this helps.

Galaxy S7 Edge has an unresponsive black screen, not turning on

Problem: Phone was at 50 percent when I went to sleep. When i woke up it was dead. I plugged it in for a few minutes and tried to turn it on and nothing. I left it on the charger for another 30 minutes and still nothing. I’ve tried the master reset thing And nothing. Occasionally i can get the home screen to pop up that says samsung but it wont go any farther.

Troubleshooting: Fingerprint, accelerometer, gyro, proximity, compass, barometer, hear rate, SpO2 with a non-removable Li-Ion 3600 mAh battery covering a talk time up to 27h (3G) and a music play up to 74h. Indeed awesome features that resembles Samsung Galaxy S7 Edge. But how can you enjoy all these awesome features if you can’t use your phone. How can you experience awesomeness if you can’t simply turn it on?

We do have complaints on Samsung Galaxy S7 Edge that loses power. Then basically if it happens, all you have to do is recharge your device. What if after recharging, still there is no changes. What will you do? There is no room for you to panic because we are here to help you. We will giving you steps how to solve this problem. There would be three possible reasons why this problem occurs, namely: system issue, charger issue, battery life and hardware issue.

A system crash is one of the common reasons why the device screen turns black and won’t respond. When the firmware stops working, the device will become unresponsive and all other services as well. This is the reason why the screen turns off and won’t turn back on no matter what you do. If this happens, mostly you will press the power key and nothing changes. You will recharge your device and still the same. So it is better to go ahead and force restart your Galaxy S7 Edge.

Press the power key and wait for 40 seconds or more to see if S7 Edge initiates auto reboot. If it doesn’t happen, you may press and hold the Volume Down button and the Power key at the same time for 7-8 seconds. It will vibrate, turn off and then reboot…hopefully.

After performing a force restart if the device won’t turn on. Try recharging your device as this may be caused by a drained battery. The Samsung Galaxy S7 Edge slightly takes a longer time to recharge because it has larger capacity. It can be charged in three ways: wall charger, wireless and fast.

(Note: 100% does NOT MEAN fully charged, 100% is just an estimation, wait until the LED light turns green.)

If the phone cannot boot up in Recovery mode, it would be better to visit the local Samsung Store to have the device checked by a Samsung technician or have it replaced, whatever applies.

Galaxy S7 Edge is powered up but the screen is blank

Problem: Hi, i have a Samsung Galaxy S7 Edge and a little problem. When i turn on my cellphone i can heard the open music and in the password area i can heard the keys sound when i touch the screen, but the problem is the screen,it still black. If you can help please send me an email. Thank you.

Troubleshooting: When you open your phone and nothing shows on the screen but you can hear the open music or even heard the keys sound. Most likely, this issue is referred to as black screen of death. It usually goes like this, you reboot your phone, you see the Samsung logo then it disappears. The screen goes black, the phone doesn’t respond. This is a sign that your device couldn’t load the operating system. This could be a hardware issue or a software issue. In order for us to know what’s the cause of the problem, let’s do these things first.
Step 1: See if you can fix it by force reboot

Press and hold the Volume Down and the Power keys together for 10 seconds and see if the phone reboots. It seems like there’s just some services that ceased to function and left the phone powered on with a dead screen. There were a lot of reports of problems like this and there were also owners who said they could even answer the call even if the screen is off. So, this step actually has a chance, a bigger chance, in fixing this problem. But if it fails, the next step might help.

Step 2: Try booting the phone into the Recovery Mode
So, your S7 Edge is still not booting up after doing the Forced Reboot procedure in step one. It could mean that there’s a more serious issue either in the firmware or the hardware. It’s easier to rule out the former so we’ll do that. As to the latter, we always have technicians to do some tests and fix the problem if necessary.

Now, going back to ruling out the firmware issue, try to follow these steps to try and boot the phone into the Recovery Mode:

If the phone refuses to boot up in this mode, then there’s nothing much you can do about the problem. Send the phone in for repair or bring it back to the store and let the technician do some tests to diagnose what the problem really is.