In this post, I will tackle another #Samsung Galaxy S7 (#GalaxyS7) screen issue that we’ve received from our readers and other related issues. Mostly, about the screen of the device that turns blue or black for a long time and won’t respond. 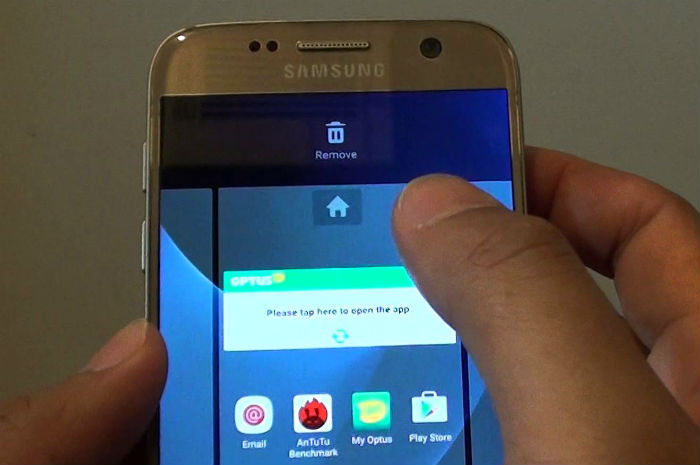 The black screen or blue screen is caused by a software-related issue or commonly called system crash. When the device starts to freeze for a long time, it will give an issue to other app and crash. It could be a minor issue and it can be fix with basic troubleshooting procedure, as long as the device will respond.

Before going to troubleshooting, if you are looking for other solutions to your device’s issue, visit our Samsung Galaxy S7 troubleshooting page, there you can look for related issues that we already addressed and follow the procedure. If you have other concerns, you can directly send us your problem buy filling up this form. Please provide us a more detailed information about the issue like how or when the issue started, to help us giving you the most appropriate solution. Then we get back to you as soon as possible.

Samsung Galaxy S7 the screen is blue and unresponsive

Problem: Screen is blue. And none of the controls work, can’t turn off phone and the phone is getting hot. I tried rebooting it but it won’t let me do the reboot even how long I press the power button. I noticed also that a blue light is blinking i don’t know what that is and it’s going on for awhile now. Please… I really need my phone fix cuz we all go for a trip next weekend and i want to take some pictures. Thanks.

Troubleshooting: This issue is called blue of screen of death, from the word ‘death’ itself, your device is pretty much dead but, not totally. It can be fix, most of the time, this issue occurs when the device is experiencing a software crash and left your device frozen and unresponsive. For a fact that your device is blinking a blue light, there’s no problem with the hardware.

To give you an idea about the blue screen or black screen of death, it occurs when you are launching an app and the device starts to freeze. When this happen, the screen becomes blue and the device won’t respond even how much effort you used to it, even the power button won’t respond.

We recommend performing a basic troubleshooting to determine the issue and fix it. These are very basic procedure and safe intended for average users to help you isolate the issue. In this way, you can avoid a hassle process going to a tech or service center to have your device check but, if this is a major issue then you don’t have a choice.

This procedure is the same with battery pull method for devices that has removable battery, it will perform a simulated battery disconnect. If your device has enough battery left, then it can boot up your device. Here’s how to do it:

Now, your device will work after the force reboot procedure, observe carefully if the issue still occurs. If so, then we recommend to start making backups of the important files and save it to your PC or flash drive, then perform a master reset before the issue becomes worst.

This procedure will delete all files stored in the device and restore it back to manufacturer’s default. Since, we don’t know what caused the problem, this is the best option to avoid it from recurring in the future. Here’s how to backup and master reset:

Problem: Hello! I have a big problem with my Samsung Galaxy S7. The screen is always black and i can’t do anything, i don’t have an extra phone so I need really need it to be fixed. What is the problem?? Firmware or hardware?

Troubleshooting: The same with the issue above, it could be software-related problem that left your device unresponsive and stays on black screen. But, in some cases, it is possible that it could be a hardware issue because there’s no indication that the device is still On like the LED indicator is blinking or possibly your device battery is drained.

We recommend performing a force reboot first to determine if the device is still responding and can boot up normally. Just press and hold the Power key and Volume down for 7-10 seconds together to reboot your device. It is equivalent to battery pull for devices that has removable battery. And once you’re done, see if the black screen still remained.

Charge your device for several minutes

It is necessary to charge your device to turn it on. Make sure that LED indicator or default charging logo will appear because we need to know if the device recognized the charger or it is charging. When it does, left it for a few minutes or hours to fully charge the battery. Then, try to power it by performing the force reboot again by pressing together the Power key and Volume down key.

In case your device was able to charge and responding, we recommend booting in Safe mode. This is a diagnostic mode to determine if the device will boot up normally without the third-party app from running. It will temporarily disable all third-party apps and run only the pre-installed app, by doing this, it is easy to determine if the issue was caused by other apps. Here’s how..

When you device able to boot up in Safe mode without a problem, you can then remove the app causing problem while in this mode. It could be difficult sometimes to determine what app is it, but you can start remembering when was the issue started and look for the apps that was installed before the problem that date. Here’s how to remove an app:

Remove as many as you can remember, you can reinstall them if the device is stable but, best advice, do not reinstall the app. After removing the apps, restart your device to boot normally.

If the device won’t respond and boot up in Safe mode, then proceed on booting in Recovery mode. It will try to recovery the last normal boot up and install a necessary update to your device.

Pretty much you’ve done performing some basic troubleshooting steps. If your device still won’t boot up in Recovery mode, then it’s better to bring it to the nearest Samsung service center for repair. It could be easier if your device would respond to ‘combo-key’ (Power key + Volume up key + Home key) and perform a master reset.