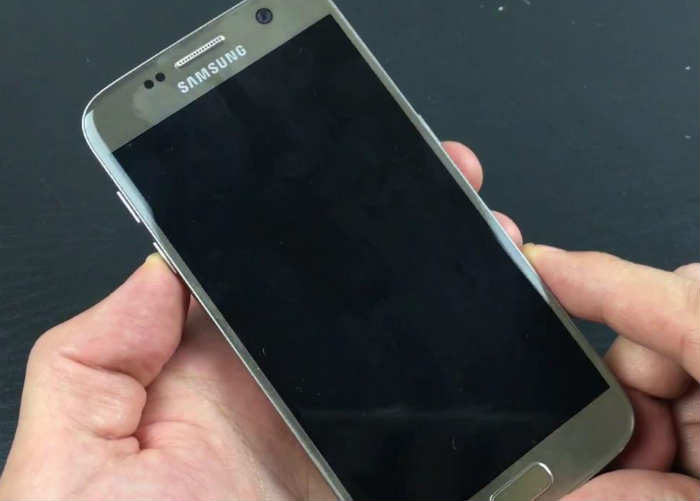 Black screen issues have been plaguing many Galaxy owners then and now. Two of the most common problems are unresponsive display and the “black screen of death.” While these problems primarily affect the display as well as the touch screen function, they are more likely to be firmware-related than screen issues.

I have cited a few issues below so continue reading to know more about them, understand why they occur and learn how to troubleshoot your device is one of them happens to you in the future. I will walk you through in ruling out the possibilities so that at the end of every troubleshooting, we have a shot at fixing the problem. Check out the links below and click on one that may be similar to your problem so that you can directly jump to that section.

However, if you have other issues, make sure you drop by our Galaxy S7 troubleshooting page as we’ve already addressed a lot of problems since we started supporting this device. Just try to find issues that are similar with yours and use the solutions and troubleshooting methods we suggested. If they don’t work for you and if you need more help, contact us by completing our Android issues questionnaire.

How to troubleshoot Samsung Galaxy S7 black screen of death

It’s called “black screen of death” because it renders the phone useless once it occurs. The screen will, apparently, be black and the phone itself won’t respond no matter how many times you touch the screen or press the Power key.

It might be just caused by a system crash due to the crashing of apps and other services or it may be a sign that the phone is suffering from a complex firmware issue. Troubleshooting is key to knowing the cause and learning the solution and with that said, here’s what you have to do:

Step 1: Allow the phone to charge, use the original charger

It’s important you have the original charger with you. Plug the charger to the wall outlet and then connect your phone to see if it responds when electricity starts flowing through its circuits. The phone should charge, otherwise, we may be looking at a possible hardware issue, although there’s also a possibility it’s just a charger or USB cable problem.

Assuming the phone charges when plugged in, leave it be for 10 minutes to allow it to somehow push enough energy into its battery to power up its components. After that, attempt to turn the phone on.

It’s possible that the system crashed after an update or due to other reasons. So before we continue on our troubleshooting and assuming the phone actually charged when you plugged it, then press and hold the Volume Down button and the Power key for 10 to 15 seconds. If the problem was caused by minor firmware issues, the phone should reboot normally. But if the phone still refuses to turn on, move on to the next step.

It’s possible some of your downloaded apps are causing the problem and in which case, it’s better that you try to boot your device in safe mode to temporarily disable all third-party apps. If the phone boots up successfully in this mode, then at this point the problem is already solved since the device booted up but it doesn’t mean your work stops here. You still need to find the apps that are causing the problem and uninstall them. Anyways, here’s how you boot your phone in safe mode:

And this is how you uninstall suspected apps…

Step 4: Attempt to boot up your phone in Recovery Mode

If your phone failed to boot up in safe mode, then in this step, you have to try to boot it up into the Recovery Mode. If successful, you can rest assured that your phone’s hardware components are fine, otherwise, you need to have the device checked by a technician. Here’s how to reach the recovery mode…

At the end of the day, if you’re still bugged by this problem or another after going through all the steps, then seek assistance from a technician.

Problem: My phone’s (Samsung Galaxy S7) screen is black. Nothing shows up except a flash of something across the top once in awhile. This was happened after an update. I am sending it in under warranty to be fixed, but I can’t even see to shut the phone off. It is still vibrating for notifications. How can I turn it off? I can’t see to back up anything either.

Troubleshooting: This issue is usually called the ‘black screen of death’, from the word ‘death’, your device display is black and won’t respond. It mostly occurs when a device is experiencing software issues that it won’t boot up normally.

The first thing that you should do is to force reboot your device. To determine if your device will perform the simulated battery disconnect procedure and boot up normally. All you have to do is press and hold the Volume Down and Power keys together for 15 seconds. If it failed, then try booting it up in recovery mode.

In case, your device was able to boot up in recovery mode and did display some options, we recommend to do the master reset procedure right away. It will clear all files and data in your device and bring it back to defaults, this usually resolves the issue.

If all procedures didn’t resolve or the screen still stays black, it could be a hardware-related issue and in this case, you can return the device back to manufacturer. If it keeps on vibrating for notifications, let it be, you can’t do anything about it since your screen is black. The battery will drain anytime soon and it will stop.

Problem: Before I received a notification that a new update is available, my phone works perfectly fine. But when I left my phone at home to finish the download, when i got home my phone’s screen is totally black. I will know that it is on because the notification sound is ringing and even I press the lock key it won’t open. And i remember that I downloaded an update, it possibly is the cause. My only concern is, can it still be fixed? Or can I go back to the last version I’m using? my phone is just fine with that, no issues whatsoever. Thanks!

Solution: It is possible that your device is having a system issue, mostly software. You mentioned that your device is still on and notification sound is working. We recommend you do some basic troubleshooting procedures to narrow down the issue. You can refer above for the steps since your issue is much similar.

You can start by performing a force reboot procedure by press and holding Power key and Volume down key for about 10 seconds. You might feel that your device is vibrating, then let it be, it must be rebooting. If it didn’t help, follow the next procedure.

If all else fails, you can bring your device to your local service center for check-up, it might be a hardware-issue, since your device can still receive messages and notification is working.

Problem:  Hi, When my Galaxy S7 Edge receives a call it rings but does not appear to wake up. This starts to happen after the latest update. If I touch the screen I can unlock it but there are no buttons to answer the call. I have also tried answering with the home button and it does not answer even though it is enabled. I have noticed the problem only occurs when I am connected to my home network via Wi-Fi. If I switch the Wifi off on the phone it accepts calls OK and the green & red buttons appear. It also accepts calls OK when connected to Wifi when in safe mode. So I assume this means that it is an app that is causing the problem. How do I detect what app it is without doing a factory reset and losing all my data and apps. My work around at the moment is to keep WiFi off and use my data connection instead but this is not ideal. Thanks Mick

Solution: Based on your statement, the problem is not happening while in Safe mode, then obviously the issue might be triggered by third-party apps installed in the system. However, aside from third-party apps there are other factors that could have triggered the issue as well–it could be a serious software issue. But first, to narrow down the issue you can perform basic troubleshooting procedures to determine what really caused it.

There are instances wherein due to a system glitch, the phone’s screen is not responding or totally black. So, doing forced reboot could sometimes help the device back to its normal state. Here’s an easy way to do it:

If the forced reboot didn’t help, then booting in Safe mode might help you find the culprit. This is a diagnostic mode that’s mostly used to determine if the issue is caused by a third-party app. Since your device was able to run in this mode, the next thing that you can do now is to determine which app caused the issue. Try to remember if what app you installed before the issue happened or you can start to searching for apps that is used for receiving or calling.

Step 3: Clear the Cache Partition of your device

System cache is a temporary system file that the firmware is using every time you boot the device, launch apps and use its features. However, if these files are corrupted or damaged, they could trigger an issue and system will start to crash. So, clearing the system cache could be very useful especially if your phone has this kind of issue.

Step 4: Bring the device to the specialist

If all recommended procedures didn’t resolve the issue, then you might have to bring your device to your local Service center and have the tech take a look at it.