We’ve received quite a lot of complaints not just from the owners of the Samsung Galaxy S7 Edge but also from owners of other smartphones with different brands and models. In other words, the black screen of death (BSoD) may happen to any Android phone in the market and the most common signs of this problem is, obviously, a black screen and being unresponsive. 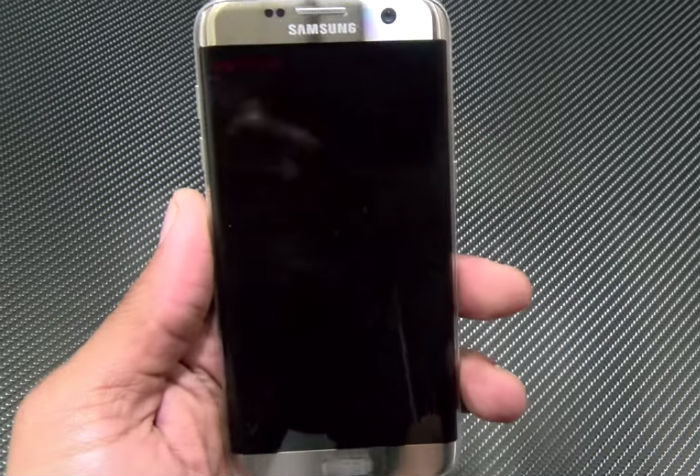 If a phone is powered off, you can see it has a black screen but then it would respond when you hit the power key. But in the case of the black screen of death, your phone won’t respond no matter what you do and in the case of the Galaxy S7 Edge that has a non-removable battery, you cannot do the usual battery pull procedure we often do to phones with removable batteries. Meaning to say, you’re stuck on the black screen with your entire phone not responding.

I will be tackling this issue once again in this post for the benefit of our readers who contacted us about this problem. We still have thousands of problems we need to solve in our inbox but we’re trying to address most pressing problems first like this one. In this article, we will take into consideration every possibility and try to rule them out one by one until we can finally tell what the problem with your phone really is. That way we can formulate a solution that might just fix it. So, read on if you’re one of the owners of this phone as this post maybe able to help you.

Problem: Hi, I have problem with my Samsung Galaxy S7 Edge the screen went black and the buttons and LED are turned on. I tried all but I can’t turn it on. Thank you!

Solution: There’s only so much we can do about the phone that won’t turn on nor respond but still, you have to do something about it. In this case, we will be putting your Galaxy S7 Edge under close observation while doing the basic troubleshooting procedures in a bid to bring it back to life.

Based on our experiences and reports from our readers, this kind of problem is caused by a system crash, although there were also cases wherein liquid and physical damages killed the phone. With that said, here’s what I suggest you do about it…

Step 1: Try to do the Forced Reboot procedure on your Galaxy S7 Edge

Your S7 Edge has a non-removable battery so you can’t do the battery pull procedure. There is, however, another procedure that simulates the battery disconnect and that’s what we call Forced Reboot or soft reset. All you have to do is press and hold the Volume Down and the Power keys together for 10 seconds and your device may successfully reboot. In fact, majority of the problems we’ve encountered similar to this one have been solved by this procedure.

During your first attempt and your phone failed to respond, try doing the procedure again. After the second time it failed to boot up, try plugging it in and leave it charging for ten minutes before doing the Forced Reboot procedure again. This time though if it still won’t respond, then move on to the next step.

Step 2: Attempt to run your phone in Safe mode

We have encountered issues like this in the past that were caused by third-party apps. We don’t know for sure why those apps kept crashing but one thing is for sure, the overall performance of the phone got affected by the constant crashing. As a result, the system itself crashed and resulted to the black screen of death. Those cases however, were fixed by simply booting your phone up in safe mode and here’s how you do it:

Booting in safe mode alone won’t fix any problem but will surely give you an idea why the problem is happening. But in the case of the black screen of death, the fact that you were able to bring the phone to boot up is a clear indication that the phone’s hardware components are still working properly so the problem is as good as fixed. In this case, all you gotta do is find the apps that are causing the problem and then uninstall them. That should usually fix the issue.

How to uninstall an application from your Galaxy S7 Edge

If the phone, however, won’t boot up in safe mode, then the next step might be helpful.

Step 3: Attempt to run your phone in Recovery mode

The Android system recovery is actually a fail-safe, which is present in all Android phones. Even if the device has a serious firmware problem, it may still be able to start in Recovery mode since the Android interface won’t be loaded in this environment. So, there’s a big chance that you can make your S7 Edge run in this state and once successful, you can do a couple of things that might just fix the problem.

If the wiping of the cache partition isn’t successful, then you have no other choice but to reset your phone. It’s more effective than the previous procedure but there’s a catch; your files and data will be deleted and since your phone won’t boot up, you won’t be able to make a backup. But at this point, you actually don’t have much of an option, so here’s how you reset your phone…

After the reset and your phone is still having some issues, then it’s time to bring it to the shop and let the technician try to fix the problem for you because as far as basic troubleshooting is concerned, you’ve already done what needs to be done on your end.