New Samsung Galaxy devices with One UI including the recently rolled out Note 20 handset do sport a number of advanced Wi-Fi features like the one that notifies users about suspicious wireless local area networks. When these devices detect any suspicious requests or redirections, a notification will show up.

To make your device work in this manner, you will need to enable a certain feature called Detect suspicious networks.

And here’s how it’s done on the Galaxy Note 20.

The following steps are not only applicable to the Galaxy Note 20 but also to other Samsung devices like the Galaxy S10, Note 10 and later models. Actual screens and menu items however may vary between device models and service providers.

How does Detect Suspicious Network feature work on your Phone?

Detect Suspicious Network is a client-based solution that is primarily designed to safeguard smartphone users from common forms of Wi-Fi attacks through suspicious hotspots. Suspicious hotspots often have network names or SSIDs that are similar to other legitimate access points that appear on the network scan list. Such networks or hotspots will capture all transmitted packets and attempt to manipulate these packets to their advantage.

Thankfully, Samsung’s new Galaxy flagship devices from the Galaxy S10 and later models are already equipped with the technology that allows them to detect potentially suspicious hotspots through traffic pattern analysis on a given network.

When enabled, the device will show up an instant warning message upon connecting to potentially suspicious access points. As a result, the users will get a Wi-Fi security alert, telling something about the suspicious network being detected on the current Wi-Fi network and recommends disconnection from this network unless the user would opt to add the network as an exception. Hotspots that change name continuously can also be spotted through this technology. 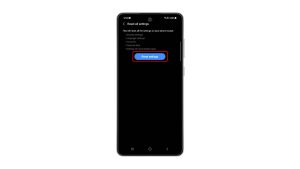