An Android smartphone is capable of doing a lot of things, which is why it’s one of the most used mobile operating systems in the world: lets have a look at the best battery saver app. However, the ability to perform a lot of tasks and functions comes with its own negatives. Primarily, the battery life. If you’re playing a graphics heavy game, or simply using the internet all day on your phone, it’s likely that the battery life will take a significant beating.

Fortunately, there are a few apps out there on the Play Store that help us save battery life despite heavy usage. These are known as battery saver apps and we’re going to talk about them in our article today. We’re listing out five of the best battery saving apps available on Android, which includes some popular names. 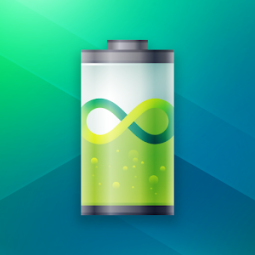 This app cleverly looks through your open and background apps to warn you of excessive battery usage. With Android, it’s mostly the background apps that do a lot of damage, so this is an excellent feature to have on a battery saving app. Moreover, the app can calculate the amount of battery you have left including data on how much longer it will last. This is determined after scouring your device for energy-hungry apps.

The alerts can also bear down on your device, although it’s necessary to keep you informed about your battery health. Users have full control over the apps that are running. They can keep their favorite apps running while closing some apps that eat too much battery, the choice is entirely up to the user. Coming from popular PC security software maker Kaspersky, the app definitely deserves your attention.

The best part here is that the app is completely free to download and is devoid of ads or in-app purchases. It works with smartphones and tablets running Android 4.1 or higher. 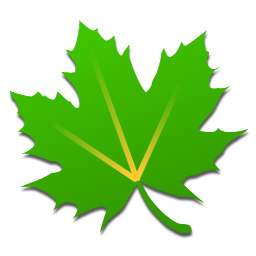 This app rose to prominence in 2013 and has adapted to the changing market ever since. The app analyzes the battery hogging apps on your phone and hibernates them so that they’re not running unless you’re actively using it. Features like “Aggressive Doze” and “Doze on the Go” enhance the battery life of your device significantly, although these features are limited to Android 6.0+ devices.

The app works with both tablets and smartphones. If you have an Android device that has a lot of apps on board, it’s likely that Greenify will come as a lifesaver for your device. The developers warn users against adding important apps like alarm, clock, messages etc to your list, as you might miss your crucial appointments or messages. The app is recommended to block out all background data gathering apps like games and news apps. Greenify is free to download on the Google Play Store and contains no ads or in-app purchases.

With features like deep sleep mode built-in, the app ensures you save as much battery as possible when in standby. It can also double as a memory cleanup tool as it can delete old cache files to boost your internal storage and close active tasks that are draining the battery. The intuitive one-tap button allows you to get rid of all background apps to start saving battery immediately.

Further, it can analyze the temperature of your phone and determine if an app is causing this. If it is, you will be guided to force close it in order to avoid heating up the battery. You will also get a quick glance at other metrics like CPU memory, GPU information, and general device info within the app. The developers mention that this app works well with non-root devices as well, so this app is meant for all.

The app is free to download but comes with ads. There are no in-app purchases here, so the user cannot get rid of the ads even if they wanted to.

Most battery saver apps look pretty similar but with a few distinctive differences, primarily with regards to the user interface. Much like AC Battery Saver, this app comes with a one-tap battery optimization button, allowing you to clean up all background tasks in an instant. A built-in junk cleaning tool can offer you up to 1,200MB of free storage each time, helping you organize your native storage more efficiently.

Phone cooling features exist here as well, detecting the heat of your device and suggesting methods to cool it. The developers mention that the app helps you save up to 60% of your phone’s battery, which is a big claim but partially backed up by customer reviews.

A battery charging indicator warns you when you’re at risk of overcharging your smartphone. The combination of battery saving and device health features make DU Battery Saver a perfect app for every user with battery woes. The app is free to download but is ad-supported. There are no in-app purchases, however. The app works with devices running Android 4.0 and above.

Avast is yet another name that is synonymous in the PC security industry, and it’s only fair that they have a battery saving app of their own for Android smartphones. It gives you precise data on the number of apps running in the background, along with a single press button that can clear all the apps to save battery. This is the 2.0 version of the app, which comes with a bunch of nifty features thus improving on its predecessor.

The app can calculate the number of apps running in the background and offer a real-time prediction on how long your phone will last, just like any other battery saver app out there. You have 5 preset profiles to choose from – Smart, Home, Work, Night, and Emergency – allowing you to modify battery-saving schedules depending on your environment. These profiles can be managed from within the app.

Avast Battery Saver is a free download on the Play Store but has ads and in-app purchases.