Once a highly marketed feature of high-end smartphones, Qi wireless charging technology is now common even in the mid- and low-end category of Android phones. Customers like the idea of simply placing their devices onto a charging pad and not having to deal with tangled cables and broken charging connectors.

If you don’t own a Qi-capable device but would like to get one, this article is just what you need. We have selected top 5 best Android smartphones with Qi wireless charging capability, making sure to select something interesting for everyone.

The Difference Between Qi and PMA Wireless Charging Technologies

Even though Qi wireless charging technology is the best-known wireless charging standard in existence, alternatives exist. One such alternative is PMA (Power Matters Alliance), which is a suite of interface standards for smart and energy-efficient transfer of wireless power founded by Procter & Gamble and Powermat Technologies in March 2012.

Its practical implementation is called Powermat, and it uses the same basic inductive charging and power transfer method as Qi, relying on magnetism to send small amounts of electricity across the gap between a smartphone’s charging circuit and a charging pad.

Despite this underlying similarity, the two standards are not compatible, so your Qi-capable device won’t charge on a Powermat charger and vice-versa. The only except is the Galaxy S6 and Galaxy S6 edge, which include both standards. 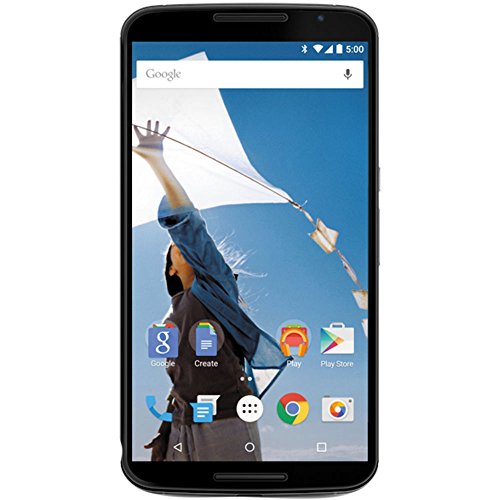 Powered by the Qualcomm Snapdragon 805 chipset and Adreno 420 GPU, the Nexus 6 is a Google’s first phablet. The huge 5.96” AMOLED capacitive touchscreen has a resolution of 1440 x 2560 pixels, resulting in a sharp image quality and stunning multimedia experience. The powerful hardware handles all the latest games with ease, and seeing them on such a huge screen makes everything a lot more immersive.

The device ships with a stock Android Lollipop, with the possibility to upgrade to Android Nougat, the latest version of Google’s operating system. During our testing, we have enjoyed the 13 MP rear camera with optical image stabilization. It produces sharp, lively images and copes well with low-light conditions. The smartphone’s non-removable Li-Po 3220 mAh battery just edges the “full-day-of-use” point. 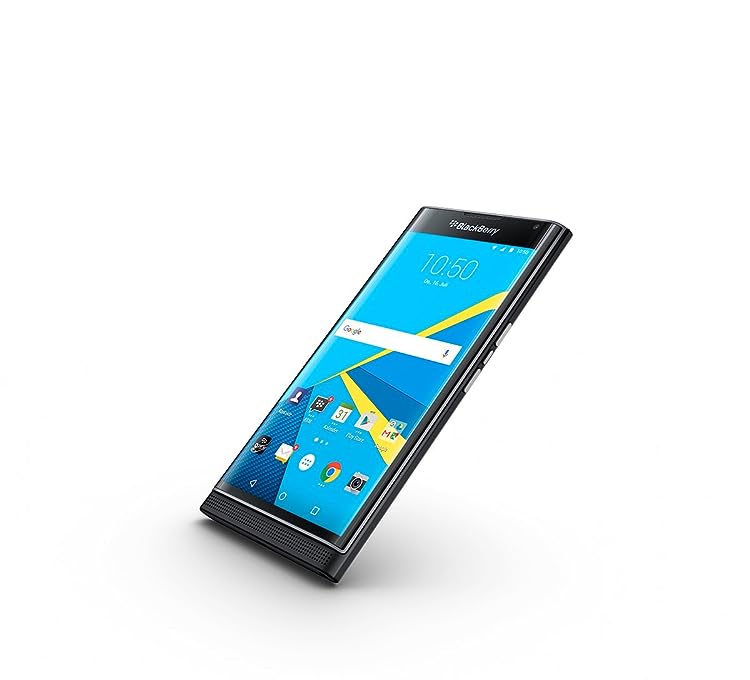 In the previous decade, BlackBerry was synonymous with the business world. They stood out in the vast ocean of clumsy dumbphones with the infamous T9 input method and smartphones with horrible resistive touchscreens. However, as we entered the modern smartphone era, BlackBerry failed to keep up with the constantly changing market.

The BlackBerry Priv is BlackBerry’s attempt to rise from the ashes, giving their loyal fan base and new customers alike a QWERTY physical keyboard and an assortment of useful security features in what is otherwise a stock, flagship Android device.

The 4-row physical keyboard is hidden, until you slide the display up. It’s compact but spacious enough even for people with larger hands. There’s really no comparison when it comes to how quickly the physical keyboard allows you to compose emails, respond to text messages, and write lengthy notes. What’s more, the keyboard features a capacitive layer, enabling it to double as a large touchpad.

To keep their customers safe in a world where mobile malware is becoming a larger problem with every day, BlackBerry Priv guarantees to keep all files and sensitive information on the devices encrypted and pledges to roll out monthly security updates to patch any holes in Google’s operating system. Given the strong focus on security, the only thing missing from the smartphone is a fingerprint reader. 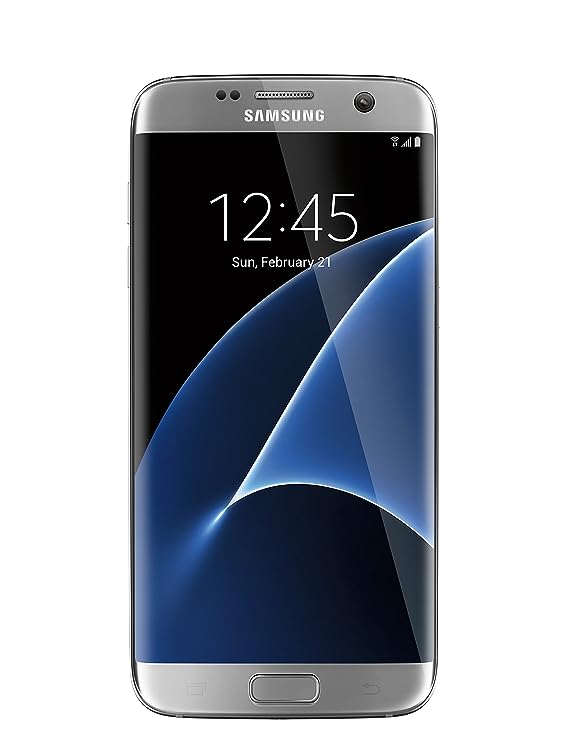 Unlike the explosive Galaxy S7, the Edge is a safe bet for anyone who wants a premium Android experience in the sleekest package that’s currently out there. What makes Edge so unique and charming is its curved, 5.5” Super AMOLED capacitive touchscreen with 534 ppi pixel density and Corning Gorilla Glass 4 technology for extra protection.

Samsung uses the two curved edges of the display to give you access to handy shortcuts, news headlines, and various settings. Thanks to the Qualcomm MSM8996 Snapdragon 820 chipset with Adreno 530 GPU, the S7 Edge works great as an entertainment device, having more than enough power to run all the latest games without any hiccups.

Depending on where you buy the S7 Edge, it might come either with Qi or PMA wireless charging. In either case, the smartphone supports fast battery charging, allowing you to go from 0% to 60% in just 30 minutes. The 3600 mAh non-removable battery should last you a whole day, unless you get lost in a AAA mobile game. 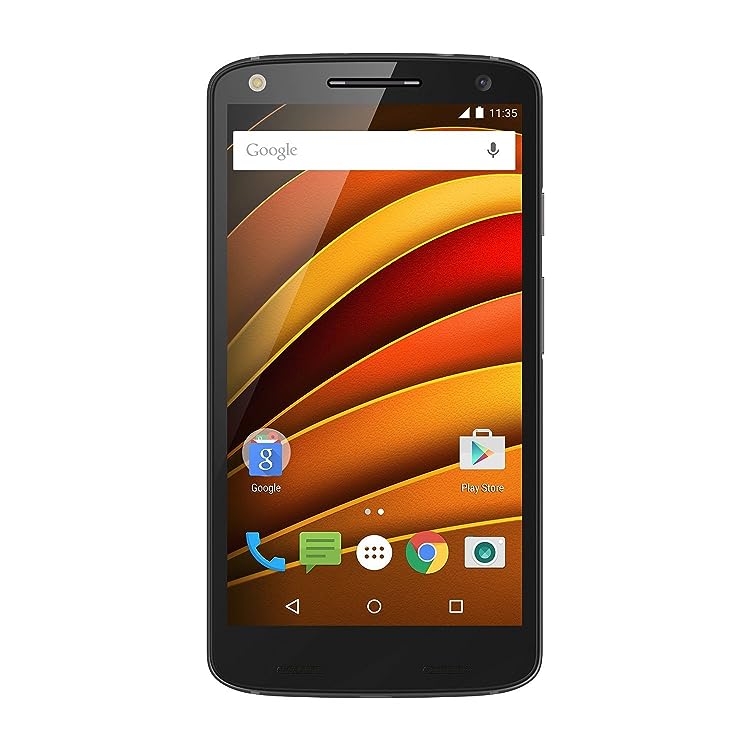 The Motorola Moto X Force is a flagship Android device with Qi wireless charging for clumsy people. It features Motorola’s Moto ShatterShield technology, which is an exclusive system consisting of five layers of screen protection designed to absorb shock and guaranteed not to crack or shatter, explains Motorola on their website. In practice, it makes the screen resistant to normal drop damage, as Motorola illustrates with their own drop tests from five feet onto a tiled floor. The only downside is that you can see the extra protective layer on the display, especially if you look from a side.

Underneath the crack-resistant 5.4” AMOLED capacitive touchscreen with 1440 x 2560 resolution is a Qualcomm MSM8994 Snapdragon 810 chipset with Adreno 430 GPU and 3 GB of RAM. On the ballistic nylon-covered back of the smartphone is a 21 MP camera with phase detection autofocus and dual-LED flash. The 3760 mAh battery supports fast battery charging and holds more than enough juice to get you through two days of moderate use. 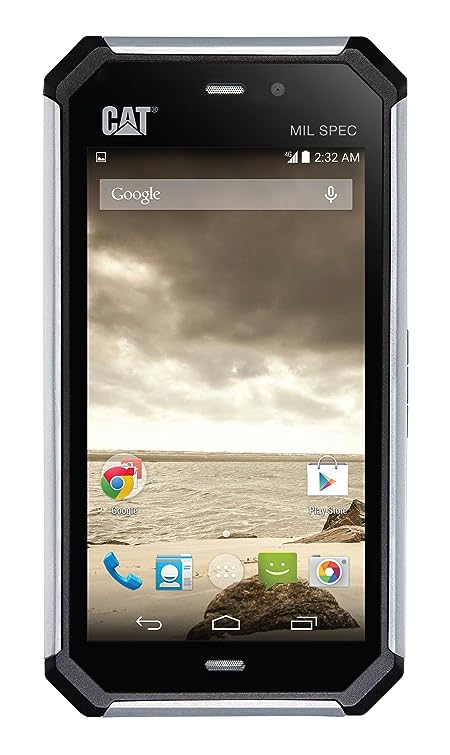 The CAT S50 is a high-end, rugged smartphone with a quad-core processor designed to meet military standards for durability, making it great for active people who are looking for a bit more durability than what the average smartphone can offer. According to CAT, the S50 can cope with anything you throw at it. That includes water, dust, extreme temperatures, drop damage.

The extremely high durability is provided by the smartphone’s thick metal bezel and Corning Gorilla Glass 3 glass protection technology. To keep the screen from shattering, CAT has opted for a smaller, 4.7” IPS panel with 312 ppi pixel density. While the HD resolution of the panel isn’t impressive by today’s standards, its brightness certainly is. You should have no problems operating the device even out in the blazing summer sunshine.

Performance-wise, the Qualcomm MSM8926 Snapdragon 400 and Adreno 305 GPU do a decent enough job, as far as the target market is concerned. After all, the main purpose of the smartphone isn’t to score record numbers in artificial benchmarks; its job is to survive out in the wild and get the job done.

Each of the five devices on this list has something unique to offer, but they all have one thing in common: they support Qi wireless charging. With it, you can get rid of ugly charging cables that are ruining the look of your office desk and nightstand.