While English is the universally acclaimed language, it makes sense to get yourself well versed with other languages. Spanish is one such language, spoken across the world, and mostly in Central America. You can get around pretty much anywhere in Central America if you know Spanish, and also if you’re visiting Spain or Mexico, and the best android app to learn Spanish makes it all the more easier.

But what if you don’t know anything about Spanish or have never learned it in school? Well, thanks to modern day smartphones and apps, you can now learn Spanish within a few weeks. There are a handful of apps available out in the wild which give you a head start in the world of Spanish. We’re going to discuss a handful of such apps today. Featuring one of the most recognizable app icons among language learning apps, Duolingo is a widely popular service that will most likely end up in your search results if you’re looking to learn a new language. Speaking of popular, the app has won numerous accolades throughout its existence on Google Play. It features multiple small sized lessons to condense as much knowledge as possible in a small package.

There are handy little achievements to be won during the course of your learning. It’s one of the best apps if you’re looking to learn a new language real quick. What’s even better is that you don’t have to spend a dime on the application, as the developers promise to offer a completely free learning experience to the users. Rosetta Stone is one of the world’s popular language learning services, and they have an Android app of their own. If you’re looking for an easy and convenient way to learn Spanish using only your mobile device, this is the way to go. Advanced features will require you to make an in-app purchase, but if you’re trying to just brush up your basics, this app is pretty decent.

The app was the winner of the 2015 Tabby Awards for Best Android App, so this isn’t one of those regular apps. Several publishing houses, including CNN, have called this app the “gold standard” among language learning apps, which is quite impressive. You can differentiate between the Spanish spoken in Latin America and Spain so that you’re well versed in the dialect of a particular region. 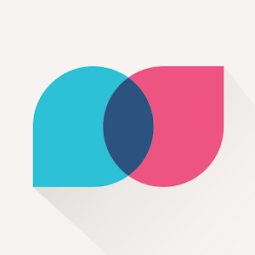 Tandem is a language learning app with a social twist. In addition to letting you learn Spanish, the app also lets you practice your Spanish with real users from across the world. There are over 1 million users of the app, and you can learn from them in real time. This is the best way to learn a language, as you have a decent understanding of where you go wrong in a language.

The learning is based on a scientifically proven technology used by Tandem, so you know you’re getting the best education here. To make it even better, the app is offered for free. You can opt to get advanced features using in-app purchases. However, paying is not necessary to get a basic understanding of Spanish.

If you’re willing to pay a little extra, you can try Tandem Tutors, who offer personalized training right from your smartphones. This is recommended if you want a proper understanding of the language. Either way, this is a very attractive app to own, given the kind of features it brings to the table. Babbel is another very popular choice for learning the Spanish language. Created by experts out of Europe, Babbel will take you from a basic Spanish speaker to an advanced with a couple of months of work. You’ll start out learning practical conversation skills so you can start to see how words and grammar are applied in real life.

This one has 10-15 minute lessons each that are engaging and will stick with you for the rest of your life. It’s one of the easiest ways to learn, helping you commit the Spanish dialect to long-term memory. The aptly named Learn Spanish application is another excellent way to start learning a foreign language. Learn Spanish actually makes two options available to you — you can either learn Spanish from Spain (Castellano) or from Mexico (español). This app will take you from knowing nothing to becoming an advanced Spanish speaker in just a couple of months.

You learn at your own pace, but you’ll learn everything that you need to known, such as verb conjugations, Spanish grammar, and more. You actually learn everything you need to know about Spanish step-by-step, and at a very basic, hand-holding level until you get more experienced. You’ll have no problem understanding with a full vocabulary at your fingertips, grammar explanations, reading, exercises, and a comprehensive español dictionary. Memrise lets you learn a myriad of languages, with Spanish being one of them. Much like other learning apps, Memrise is a very useful app to have and it comes with a handful of unique features to make it stand out from the crowd.

It has been voted as the best app of 2017, so the developers have been rewarded for their hard work with Memrise. Each course that’s offered on Memrise comes from a group of linguistic experts and professors, letting you get the best language education. 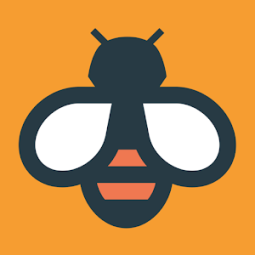 The core functionality of the app is pretty much the same as it lets you learn Spanish in a fun and intuitive way. Using the app, users can learn Spanish side-by-side with English, thanks to split-screen functionality. While this is not a major feature to talk about, it surely is an effective way to learn a new language.

There are quite a few children’s stories, novels, etc for you to learn Spanish in an effective manner. By doing this, the developers are letting you get a leg up in Spanish vocabulary, in addition to forming sentences. As is the case with any language, learning the language involves knowing the core essentials first. That’s what Beelinguapp encourages its students to do as well.

The app is free, quite naturally, although you might require in-app purchases to progress further in your learning or gain some extra lessons in Spanish.

Verdict on the best android app to learn Spanish

You don’t need to spend hundreds, if not thousands on a community college or university class to learn Spanish. You can do so for free through any one of the best android app to learn Spanish, or if you want to speed up your learning, you can send a couple of bucks on a cheap subscription, from, say, Duolingo.

How are you using technology and accessible education to learn Spanish?