Just a few years ago, a sub one hundred dollar smartphone would most likely make you miserable and unhappy with your purchase. Luckily, times have changed, and it’s now possible to get a great unlocked Android phone for less.

Compared to mid-range and high-end devices, budget smartphones seldom feature cutting-edge mobile technologies and hardware, but they are more than capable of performing all everyday tasks. They make for fantastic backup devices and daily drivers for casual users. This list features the top seven current budget unlocked Android phones from a few different manufacturers.

The BLU Studio Mega is one of the best cheap phones on the market today. Sure, it’s no premium galaxy s10, but it does get those on the budget tier into a phone on the cheap.

This one comes equipped with a beautiful 6-inch display, running at the Full HD+ resolution. The frame actually has a smooth, metallic finish.

It’s got a pretty sweet camera setup — bringing you a dual primary camera with a 13-megapixel and 2-megapixel lens on the rear. There is an 8-megapixel front camera for taking detailed selfies as well.

It runs on Android 8.1 Oreo and will work on all GSM networks in the US. It has a button n the back, which operates as your Home button, but doubles as a fingerprint sensor, too.

The phone is Unlocked as well, which makes it easy to take from carrier to carrier, as you’d like.

Motorola has an extensive range of smartphones, from high-end to budget level. While they do make some really excellent high-end phones, they also meet the low-end range very well. One of those is with the Moto E5 Play.

The Moto E5 Play has a lot to offer for its market tier — a 5.3-inch TFT LCD display, 1GB of RAM, 16GB of internal storage, and then a rear 8-megapixel rear camera, along with a front 5-megapixel camera.

Naturally, it comes with WiFi and Bluetooth functionality, and it supports 4G LTE, too.

One of the remarkable things about the Moto E5 Play in particular is that it runs on Android 8.o Oreo — something not often seen in a cheaper phone model.

If you are a new Amazon Prime member, an older Moto G Play is almost too good to be true. Mind you, you will have to live with lockscreen offers and ads (unless you root your device, but don’t tell anyone), but that’s a small price to pay for a 30% price cut.

The G line of Motorola’s smartphones always strives to deliver as much value for as little money as possible. The new G4 Play takes it even further by using a budget Qualcomm MSM8916 Snapdragon 410 chipset with Adreno 306.

Motorola has been wise enough to include 2 GB of memory, resulting in smooth, lag-free user experience across the board. You really have to try hard to push the quad-core processor to its limits and experience slowdowns.

The reason why Motorola has been able to extract so much power from this low-end smartphone boils down to software. The G Play runs a pure, clutter-free version of Android that’s not held back by unnecessary software. What you get is a near-stock Android 6.0 experience with its clean user interface and blazing performance.

We were pleased to discover the excellent build quality Motorola is known for hasn’t been compromised. The smartphone feels solid, is comfortable to hold in just one hand, and uses a water-repellent nano-coating to keep your phone safe from the dangers of water.

Located on the back is an 8 MP rear camera with a fast ƒ/2.2 aperture and a camera sensor that uses larger-than-average pixels for superb low-light performance.

The camera captures video at 30fps in 1080p, and while it doesn’t hold up to high-end devices, the quality is perfectly acceptable for regular, everyday use. As a nice bonus, Motorola has included up to two years of free storage at the original quality in Google Photos, a new photo gallery from Google.

By far, the biggest surprise was how ridiculously long the 2800 mAh battery lasts. Even during our rigorous testing, we could go on from morning to night on a single charge and still have plenty of power left when we got back to the office.

Motorola also sells a 10W rapid charger as an optional accessory. The charger makes it possible to get 5 hours of battery life in just 15 minutes of charging.

Overall, the new Moto G Play is a must-have for all Amazon Prime members who are lucky enough to have the Amazon.com Gift Card. But it’s also a great buy even for the full price.

Apart from several best-in-class high-end smartphones, such as the Galaxy S7 and Galaxy S7 Edge, Samsung also sells several attractive low-cost devices for less demanding customers. One of their most affordable Android smartphones is the Galaxy J1 Ace.

With the 4.3” super AMOLED capacitive touchscreen with 480 x 800 pixels, the Ace is almost like a time machine, taking you back to the days of HTC Desire HD and other similar smartphones. Yes, the screen is undoubtedly small by today’s standards, but let’s not forget that the iPhone 5, released in 2012, had just 4.0” screen.

It could be argued that we have gotten so used to ginormous screens that we have forgotten how comfortable smartphones with smaller displays can be. The good news is that Samsung has not forgotten. In fact, they have leveraged the compact size of the smartphone to its maximum potential, adding rounded, transparent, glass-like edges for extra grip comfort and security.

In terms of performance, the Samsung Galaxy J1 Ace is every far cry from the Moto G Play, but the dual core 1.3 GHz Cortex-A53 does hold up reasonably well in most situations. The smartphone is also sold with a more powerful Quad-core 1.5 GHz Cortex-A7.

Unfortunately, the dual core processor is accompanied by only 512 MB of memory, which is atrociously little for any serious attempts at multi-tasking. Using more than 2 medium-sized apps at the same time is the best you can expect from the smartphone, and forget about upgrading to the latest version of the Android operating system—the J1 Ace simply doesn’t have enough power.

But if you are okay with using the smartphone mainly for text and voice communication with the occasional use of the web browser or camera, the J1 Ace from Samsung suddenly doesn’t look like a bad purchase.

The BLU Advance 5.0 is a ridiculously inexpensive Android smartphone.

Sounds too good to be true? That’s probably because you are not familiar with the company behind it. BLU Products was founded in 2009, and they have since then sold 35 million BLU mobile devices in over 40 countries.

“Pioneering the advancement of the prepaid and no-contract revolution by providing a vast portfolio of advanced unlocked mobile phones at incredible pricing to thousands of dealer agents, MVNO’s, and large retailers throughout the United States and Latin America.”

They use low-cost hardware, such as the MediaTek MT6580 quad-core processor used in the BLU Advance 5.0, to cut down the cost without sacrificing power and build quality. Previous generations of chipsets from MediaTek were infamous for their bad GPS reception, but that’s no longer the case, as we have found out during our testing.

The smartphone always achieved GPS lock in less than 1 minute, and the GPS precision was rarely worse than 10 feet. The 768 MB of RAM the BLU Advance 5.0 ships with is too little by today’s standards, but it’s better than what you get with the Samsung Galaxy J1 Ace.

At least, you can extend the smartphone’s storage capacity with up to 64 GB microSD card.

BLU’s 5.0″ IPS display has a resolution of 480 x 854 pixels, resulting in 196 PPI. Again, not much by today’s standards, but certainly acceptable for the price. The same can also be said about the rear 5MP camera and the front-facing 2MP camera. Both cameras have an LED flash for better low-light performance.

When it comes to day-to-day usage, the BLU Advance 5.0 is, by all means, worth your attention. Its insanely low price makes it a great backup phone or the first smartphone for technophobic elderly parents and grandparents. 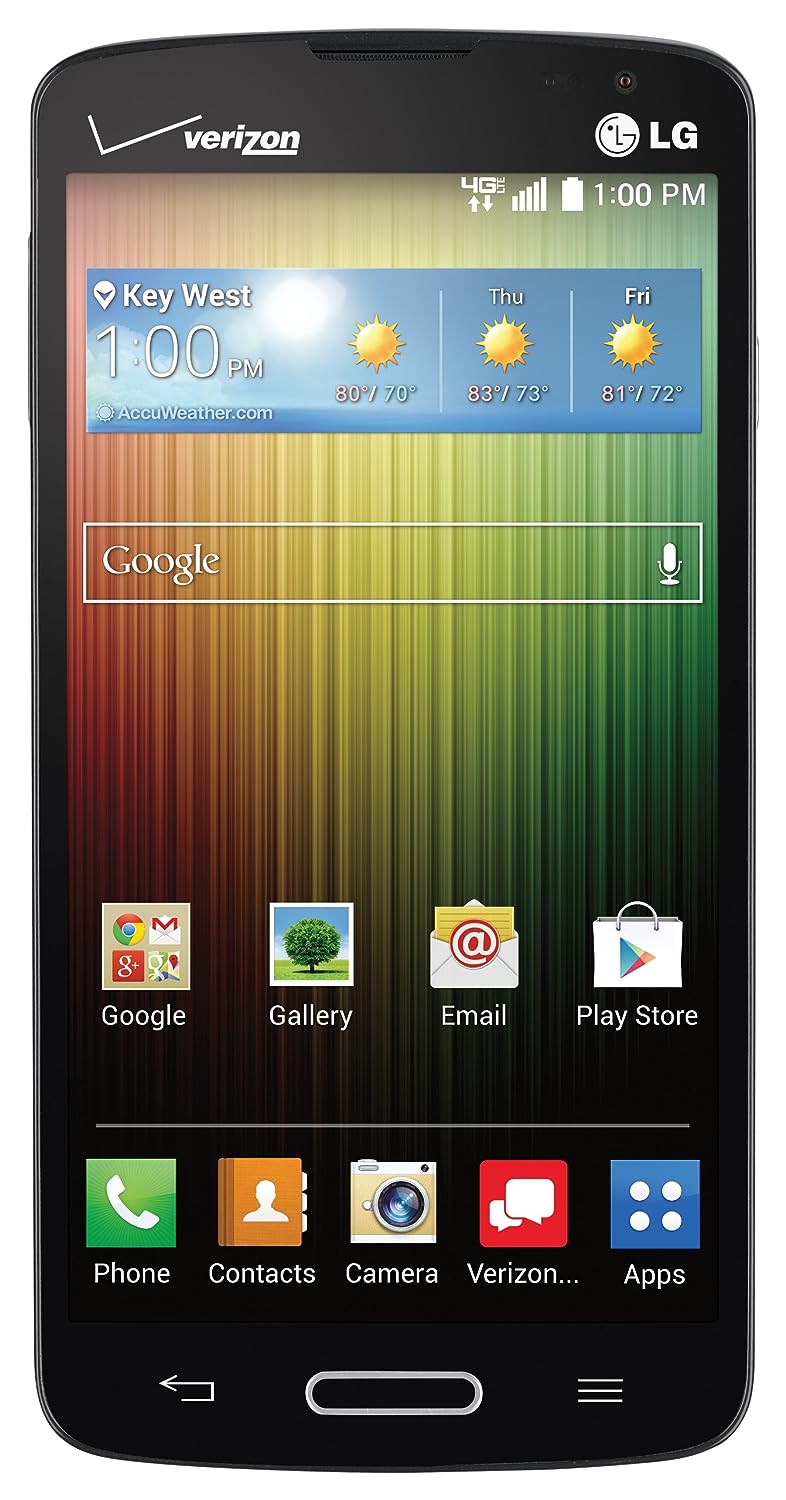 What used to be an average mid-range device just two years ago is now a respectable budget smartphone with a few tricks up its sleeve.

The main one is the removable Li-Ion 2440 mAh battery, which lasts around 10 hours of regular use and up to 360 hours on standby. Another nice bonus is the presence of  Corning Gorilla Glass 3 on top of the 4.7-inch IPS LCD capacitive touchscreen.

Inside is a 1.2 GHz quad-core processor with 1 GB of memory and 8 GB of internal storage space. You can take advantage of the microSD card slot to extend the storage space with up to 64 GB microSD card.

The Lucid 3 runs on Android KitKat, and, thanks to the lucid amount of RAM, we have not encountered any serious performance issues during our testing.

The only thing about the smartphone that we found underwhelming was the rear camera. Yes, it shoots 1080p video at 30 frames per second, but it produces washed-out images lacking in detail. It’s excellent for work, but you probably wouldn’t want to use it to capture your child’s first birthday.

As it is, the LG Lucid 3 remains a good purchase even 2 years after its original release. Given the limited power, we recommend you to refrain from upgrading to a newer version of the Android operating system. Android KitKat is still widely supported and its hardware requirements are much lower than, for example, Android Nougat’s. 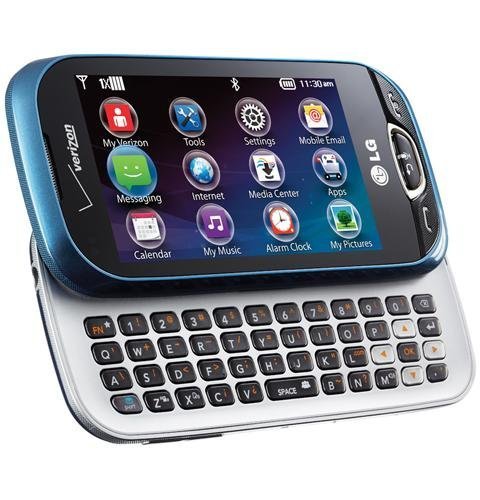 And now for something a bit different: the LG Extravert 2. This device is great for people looking for simple Android phone and those who are looking to upgrade from a flip phone. The main feature of the Extravert 2 is a slide-out QWERTY keyboard for fast and accurate typing.

The keyboard is extremely easy to get used to, and it takes just a few hours to dramatically speed up your mobile typing. Located on the right side is a cluster of navigation keys, which allows you to open apps and browse the web without putting your greasy fingers on the screen.

Speaking of the screen, at 3.2-inches, it’s dwarfed by just about any other current smartphone, and its resolution is nothing to brag about either. That being said, if you see this device mainly as a communication device for people who couldn’t care less about mobile gaming and multimedia consumption, it starts to make sense.

As a nice side-effect, the LG Extravert 2 is very comfortable to hold and even more comfortable to carry in the pocket. The smartphone features a smart LED notification feature, which indicates alerts, missed messages, and more.

The only thing we didn’t like about the phone was the 1,000 mAh battery. It lasts only 6 hours of talk time, which is not a whole lot for a smartphone designed to help you stay in touch with other people.

As you can see, there are a lot of excellent cheap phones out on the market. Any one of these will do, but the BLU Studio Mega and the Moto E5 Play are both excellent choices.