Modern day driving is not what it used to be. Heavily populated cities have too much traffic, and as a result more users are looking to take taxi services that can take them from Point A to Point B without any of the stress involving traffic. One app that comes to mind when we talk about online taxis is Uber which has been massively popular over the past few years, dominating the market somewhat, only to make way for further competition in the industry.

While a majority of the users prefer Uber, there are some who are disappointed by the service or have had bad experiences in the past. For such people, there are plenty of alternatives available out there, which we’re going to talk about in detail today. Some of these apps are limited to a particular region (mostly within the U.S.) which means it won’t have wider coverage. But there are some pretty good options here if you’re looking to book a taxi well in advance.

So let’s have a look at some of the best Uber alternatives available in 2023.

This particular ride service is only available in San Francisco, but for the kind of service it provides, this is an excellent offering. Flywheel is still a very new company in the market, however, it has picked up enough marketshare and offers ease of use to both passengers and new drivers. Applying to be a Flywheel driver is quite easy and the company mentions that it only takes up to two days to start driving after finishing all the steps required for new drivers.

The best part about Flywheel from a customers’ perspective is the fact that the pricing remains the same all throughout the year, regardless of the season and month. There’s no notion of surge pricing here, so from a consumer’s standpoint, you’re getting a fair deal each time. The service also has an elaborate lost and found service, which is extremely helpful if you forget something in the car. Flywheel has an app for both Android and iPhones.

This app is now known as Juno by Gett as the two services have merged. The company is known for its high-quality drivers with passenger safety and comfort being one of the crucial aspects. As for drivers, Juno charges nearly 50-60% less commissions compared to contemporary industry rivals. New users on the platform can get a promise of fair pricing and 30% discount on rides for a period of two weeks. The service also has a live round the clock email, call and text support for any of the trips you’ve taken previously.

Juno is still catching up among competition, but with impetus on service and customer comfort, Juno is betting big, and we’ll likely see it picking up steam and spreading across the United States and beyond. You can download the Juno app on your Android smartphone or iPhone.

Lyft is known as one of the main alternatives to Uber in the U.S. and abroad. With international backing, Lyft has emerged as one of the most popular ride services in the world. While Uber still continues to dominate in some markets, it can be argued that Lyft is almost on par with Uber in the U.S. Keeping this in mind, this is one of the key Uber alternatives you need to consider if you’re considering a different service. Lyft is currently available in 400 cities and promises to grow further gradually.

Consumers get an added advantage with Lyft as they can ride in the front seat, like it’s their buddy’s car, and find better quality of drivers overall. When it comes down to ride sharing apps, it all comes down to driver efficiency and service. This is an area where Lyft does well compared to its primary competitors.

This is a slightly unconventional ride app compared to the ones we’ve spoken about so far, and that’s primarily because this app merges with the existing taxi fleets available around you. Users mention that it’s better suited for use in Southern California due to the lack of presence in other parts of the U.S. But if you’re from around the area and cannot get an Uber or any of the alternatives, trying out RideYellow might just save you a lot of time. Since it picks up local taxi fleets, you’re likely to get a whole lot of cabs waiting for you, and for a fair price.

The best part about RideYellow is that you can either call for a cab immediately or schedule it for a later date. The latter option is ideal if you’re looking to get a pickup to or from the airport from a densely populated area. The user interface is in line with modern day ride sharing apps, and you will find the ability to pay for your trips by adding a credit card directly on the app. This saves the trouble of paying in cash, while also making the entire process faster. RideYellow is available on the iTunes App Store as well as the Google Play Store.

This is yet another service that merges with the existing lot of taxi fleets. The key advantage with a service like this is the presence of a massive driver presence, ranging up to 100,000 as per the company’s website. At any given point, Curb will have about 50,000 cars ready on the streets for operation, making this a convenient service if you can’t find a ride on other services.

Curb’s Pair & Pay service allows you to simply tap your NFC enabled phone on a taxi and complete the payment automatically after the ride has concluded. This feature can be found on Curb taxis running around NYC, Boston, Philadelphia, Miami and Las Vegas. Curb also mentions that the platform only works with professional drivers, suggesting that passenger safety is of paramount importance to the company. Curb has free apps on the Google Play Store as well as the App Store. 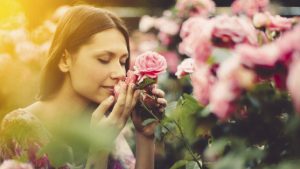 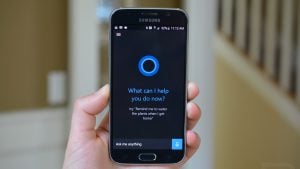