OnePlus is betting on consumers want a high-end smartphone for less of the price. And that’s completely true: as consumers, we want more for less. The OnePlus 6 has the current high end hardware packed in it, and it’ll set you back a meager $600. That’s $400 less than most flagships right now.

But, on the other end of the spectrum, you have a phone that “just works.” Yes, we’re talking about the iPhone X. It has a gorgeous display, fast hardware, a long battery life, and a Face ID module that puts convenience at your fingertips. You’ll be hard pressed finding something like that in something like the OnePlus 6.

These two smartphones are addressing different wants and needs in the smartphone industry, so they’re different in that respect. But, if you had just the two to choose from, which one is the better option? Follow along below, and we’ll put the two to the test in our premium smartphone comparison. 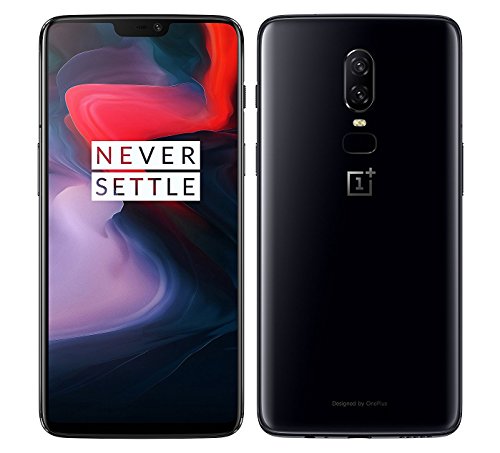 First up, we’re looking at the OnePlus 6. They’re trying to offer consumers an affordable smartphone solution that you can get off-contract. It’s got all of the high-end hardware in it, for a low price point of just $600. Here’s what you’re looking at inside the OnePlus 6:

As you can see, the OnePlus 6 is packing some powerful hardware. It has a lower resolution, but it’s still able to handle media with good clarity. The battery should last you all day with a single charge, though it all depends on what your daily usage looks like. It’s worth pointing out that OnePlus 6 is on Android 8.1, which means you have Google’s ecosystem at your fingertips.

On the other hand, we have the Apple iPhone X. This smartphone released last year to a little confusion, but it has gradually caught interest. Mostly, people weren’t sure about getting rid of the home button, along with having the strange notch in the screen. Despite that, the iPhone X has turned out to be extremely successful, so successful that Apple is looking at releasing a couple of new versions of the iPhone X this year. Here’s what’s inside the iPhone X:

As you can see, the Apple iPhone X has some phenomenal high-end hardware. It’s able to handle tasks with blazing fast speed, and can multitask really well. It has a really large screen, which is great for watching media and long periods of reading. It has a slightly smaller battery than most flagships — a whole 2,716 — but it actually lasts a long time on battery.

We should note that the iPhone X is running iOS 11, which means you have access to Apple’s large software ecosystem, not Android’s.

So, which one of these smartphones is better — the OnePlus 6 or the iPhone X? First, it does come down to software preference. There are some people that just prefer Android, and there are others that would rather have iOS on their smartphone. The lines are slowly blurring between the two operating systems, as the apps are generally the same across the board. There are a couple of differences that differentiate it, and a lot of it does come down to customization abilities. As far as software goes, the OnePlus 6 and iPhone X are easily tied — there’s no real way to say which one is better.

If you want battery life, we’d have to recommend the iPhone X. It has a 2,716mAh battery compared to the OnePlus 6’s 3,300mAh; however, Apple has optimized the iPhone X so well that you can easily get a straight twenty hours out of the smartphone.

Camera capabilities are easily tied — both have stellar cameras. The iPhone X has a dual 12-megapixel camera that takes some of the best photos in the industry, and the OnePlus 6 has a dual 16-megapixel and 20-megapixel sensor. The iPhone X’s photos seems to be just a little more clear, though that may partly be because of the Retina screen.

The iPhone X wins for security and convenience though, and all thanks to Face ID. You’ll never have to type passwords in again for payment verification or for logging into bank accounts and other services.

We think the clear winner here is the iPhone X, and that’s totally because of Face ID. The OnePlus 6 and iPhone X are matched in about every other area, but Face ID brings unmatched convenience never before seen in a smartphone.