Let’s face it, we’ve almost cut down on physical photos since the advent of social media as well as smartphone photography. Pictures are now shared on the internet using apps like WhatsApp, Instagram, Facebook, and more. However, there’s still some value for printed photos since they can be displayed across your home or be useful in preparing a photo album for you and your loved ones.

But usually, getting your photos printed means you have to take your photos to a print shop and wait a while to get them. But did you know that you can also print your own photos at home? Using affordable photo printers, anybody can print up photographs using their smartphone, tablet or computer in absolutely no time. Understandably, getting the best photo printer can be quite confusing, given that there are so many options available out there.

We look at some of the best photo printers that are available on Amazon with the hope to help you pick out the best of the lot. So let’s have a look. 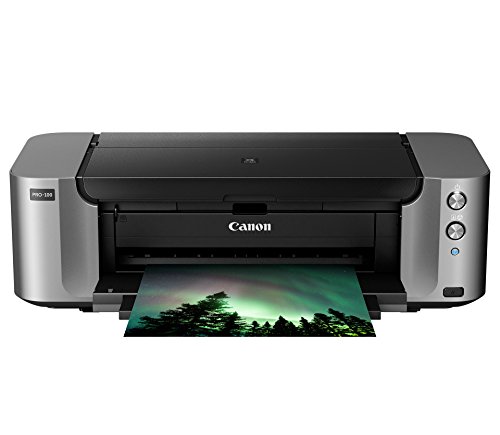 This by no means is an affordable printer, but it’s certainly the best you can get if you value quality over affordability. The company claims that photos taken with the Pixma Pro-100 can last up to a 100 years if maintained properly. The printer looks pretty sleek and consists of three buttons on the front for operating the device. It can hold up to 20 sheets of thick photo paper or 120 sheets of standard sized papers, giving you the freedom to switch between photos and standard printouts. It’s not particularly a plug-and-play system as it contains plenty of utilities and drivers to install. However, this process doesn’t take longer than 15 minutes, so you’re good to go as soon as you unbox the packaging.

As far as printing prowess is concerned, the Pixma Pro-100 uses an 8-color ink system with the ability to print in sizes of up to 13″x19″. Given its feature set, the Pixma Pro-100 is not easy to carry around, so it’s ideally suited at home, preferably with a dedicated spot. The printer also supports AirPrint (wireless printing), so there are no dearth of options here. You can get this offering for $359 on Amazon. 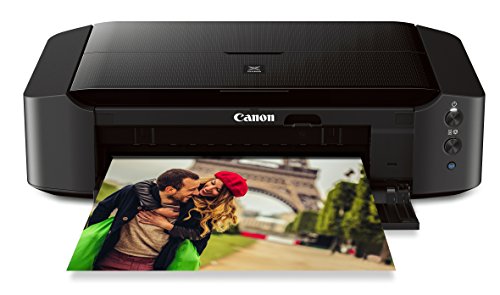 This is an all-in-one printer that serves all purposes. With its brilliant touchscreen display to help you print documents, to the AirPrint capabilities, the OfficeJet Pro 8720 has it all. The printer also has Alexa support, allowing you to train some new skills meant for the printer. If you’re running out of toner or cartridges, the printer comes with support for Amazon Dash, which will place orders for ink automatically through Amazon. This means you will never run out of ink when you need it the most.

You can connect the printer over Wi-Fi or even use the HP ePrint app to quickly print photos or documents from your phone. It can print color documents at a speed of 20 pages per minute, while monotone printouts are slightly faster at 24 pages per minute. This is not a portable printer either, which means you will need dedicated space at your office or home for this offering. However, that’s not much of a concern given the feature set it packs. The printer is available in White on Amazon, with a price tag of $179.99. 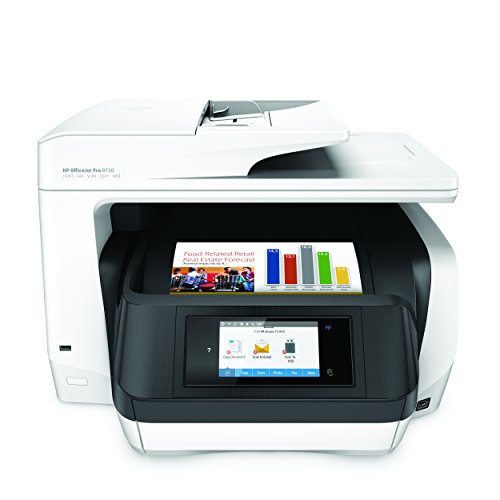 As you probably expected, Canon is no stranger to high quality photo prints. The iP8720 is no exception to this. It comes with a fairly decent set of hardware, allowing you to print photos and standard documents practically anywhere. It comes with a 6-ink system, that includes grey allowing for stellar monotone printouts. As far as color printouts are concerned, the iP8720 is not rated as the best in the industry, but is surely one of the most attractive offerings of the lot, especially given its competitive pricing.

It can print at a speed of 14.5 images per second, which is pretty decent for a wireless printer such as this one. You don’t need any excess storage space for this printer as it can fit pretty much everywhere. Canon proudly claims that prints from this printer can last up to 300 years in a standard photo album, which is a tall claim, but surely reassuring. This printer will set you back by $179.99 on Amazon. 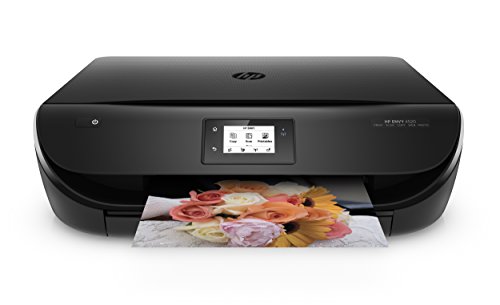 The Envy 4520 is not as feature packed as the other HP printer we spoke about here, but is still a pretty solid offering that is worth its salt. It comes with a small touchscreen, which is perhaps the only downside here as accidental presses can be an issue with some users. But that aside, the printer is sleek, can take printouts quickly, and allows for borderless two sided printing. The device is also capable of scanning and copying documents, which is quite handy in some situations.

The printer also supports HP’s Instant Ink feature, which automatically orders ink when you’re running out. Instant Ink can save up to 50% of the ink cost compared to when you buy it separately. The HP Envy 4520 is available for $99.89 on Amazon. 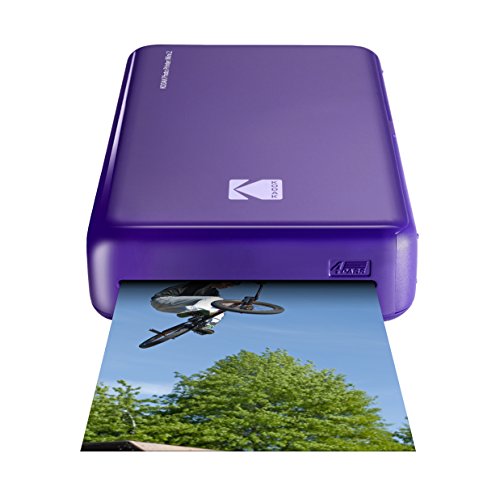 Kodak has been in the photos and camera business for quite some time now. The company is known for its stellar cameras as well as photo prints. This photo printer, the second generation of its mini lineup is meant for portability. It comes with wireless printing as well as NFC, allowing you to quickly take printouts with just a touch of your Android smartphone. You can also print using the Kodak Photo Printer app on the Google Play Store, which brings features like filters, stickers and a whole lot more. The printer uses a 4 PASS D2T2 Dye Transfer Method which keeps photos (monotone or color) pretty fresh, and allows it to retain the shine for up to 10 years.

Refills for cartridges can be purchased in quantities of 20, 30 or 48, giving you the liberty to choose as you please. The Mini 2 is priced at $89.99 on Amazon.