Published and designed by Blizzard Entertainment, Diablo 3 is a massive Action RPG absorbing weeks to months of some people’s time because of how addicting it is. It has a dynamic story, with players chasing down Diablo. Diablo as a whole is a much loved franchise, and Diablo 3 is the modern incarnation of that. However, Blizzard had some rather poor feedback from Diablo Immortal — their mobile only title — but that does not mean that Diablo, or the genre is dead. If you’re looking for something fresh, we have plenty of games that can absorb your time until they release a new title in the series. Here’s some of our favorites. 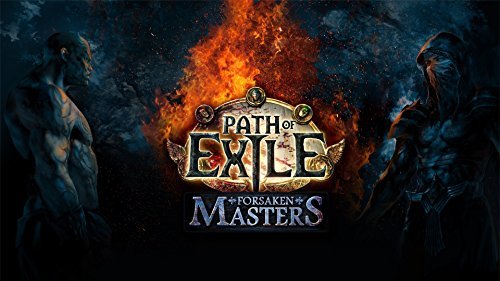 Covering a similar dystopian fantasy setting as Diablo 3, in Path of Exile the player is thrust away from the mainland to struggle for survival on a island of banishment. As you follow the immersive story, it will seem to be your standard good vs. evil story; however, it takes some pretty interesting twists and turns not seen in Diablo.

It has a thrilling multiplayer, a staggering (and somewhat frustrating) skill tree, and a large and diverse amount of quests and story to go through. The developers put an amazing amount of lore into the world and story to really flesh out the world for the player. With all sorts of mechanics and exploration put into this game, this is obviously a good one for you to play and enjoy over Diablo.

Diablo 3 allows for great continuity, allowing you to endlessly pour hours into it in order to gather up the best gear, weaponry, and experience. But, made by some ex-developers on the Diablo 3 project, Torchlight 2 brings this continuity and then some, with creative mechanics and plenty of dungeons to explore.

The plot of the game is unique — the alchemist from the first Torchlight game has been corrupted, driven mad with power. So, he is ravaging the world, and you must hunt him across great deserts, wandering caves, and deep forests. With diverse classes, a variety of customizations, and thrilling combat, players will love Torchlight 2 and its similarities to Diablo. Although lacking some rather lovely conveniences, these can easily be looked over by the thrilling story, exciting dungeons, a large vast world for you to explore, and the artistic detail put into the game.

Inspired by Diablo 2, it’s easy to see why this would make the list. A massive Action RPG bringing amazing effects and art to the market, great customization, extreme skill trees, and a deep rich story, what more could you possibly want in a game?

There is tons of great content in this game — a human republic hunting you down so that they can experiment on you, magic that interacts with the environment around you, shape shifting abilities that turn you into amazing magic fueled monsters — and completely designed by the player — skill trees that let you decide how they branch out, and more. This game looks and sounds promising, however it is currently in beta, and the developers are continuously adding new features, editing mechanics, and giving you all sorts of reasons to play this game. The game, even in beta, is worth getting now!

The sequel to the award winning Pillars Of Eternity, Deadfire offers a large, fantasy world with a pirate tone. Take command of a vessel and explore the archipelago that has been offered to you. If you played the first game, you can import your data to influence your playthrough, or you can simulate this by a series of various choices that are offered to you at the start of the game.

Deadfire contains a lot more customization, strategy, and interactions then the previous title, bringing an altogether amazing game. Choose a group of companions to take with you when exploring the world, be careful however, they may have conflicting personalities that could cause dissent  in your group. This title offers a refreshing amount of diversity to the field, all for the player to manipulate, and enjoy.

And finally, we have Grim Dawn. Inspired by Diablo 2, Grim Dawn goes to an all new level with great combat, thrilling battles, and amazing classes to explore. An amazing feature is the ability to dual class, allowing you to merge two classes into one — the ability to mix arcanist and shaman, or warrior and arcanist for an amazing playthrough makes this game unique.

Random generated dungeons, enjoyable combat, and skill trees all too worth exploring. Grim Dawn will bring you into a dark fantasy dystopian setting promising demons and death galore.

There are plenty of Action RPGs out there, and many may serve the same purpose as the others,. However, it’s easy to see that each of these on our list are unique and enjoyable. Do you have a favorite Action RPG similar to Diablo? Let us know in the comments section below!