Even though the price of your average 32 GB microSD card has dropped dramatically over the last few years, many smartphone manufacturers are still reluctant to equip their devices with more internal storage space. Most mid-range smartphones come with just 16 GB of storage space, and the situation isn’t all that better in the high-end segment, where 32 GB is the norm.

With so many AAA Android games requiring more than 1 GB of space, it’s incredibly easy to completely run out of free space after just a few days with your new smartphone. Add in full HD video recordings, high-resolution pictures, offline GPS navigation, and it becomes obvious why it’s such a good idea to purchase an Android phone with a microSD slot for additional expandable memory.

These days, most smartphones with a microSD card slot support up to 256 GB microSD cards. But unless you really need as much space as you can get, a more modest 32 GB or 64 GB card offers much better value. A fast, reliable 32 GB microSD card from Samsung costs just $9.99 on Amazon. A 64 GB card costs twice as much, and the price doubles once again as you move up to 128 GB. Of course, there are other manufacturers besides Samsung, so you have plenty of options to choose from. 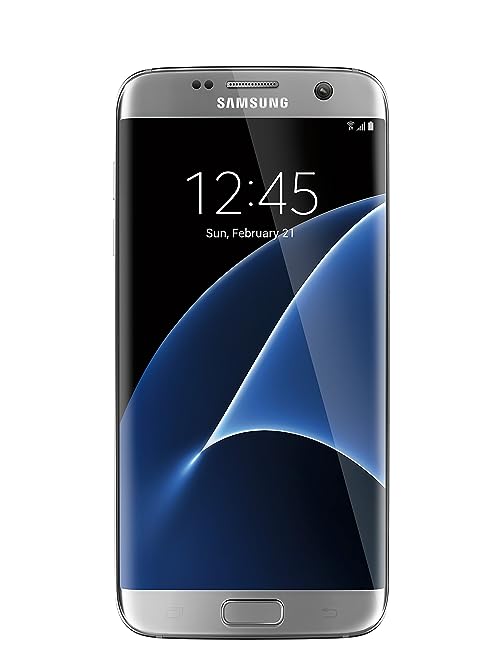 Our love for the Galaxy S7 Edge is probably obvious at this point, and you shouldn’t be surprised. After all, Samsung has cooked up a truly amazing flagship smartphone that has something for everyone. If style and design are at the very top of your list of priorities, the stunning curved Super AMOLED capacitive touchscreen with 534 PPI pixel density should satisfy your technophilic urges.

If you consider performance to be the one and only true benchmark for every high-end device, the S7 and its Qualcomm MSM8996 Snapdragon 820 chipset, Adreno 530 GPU, and 4 GB of RAM will be right up your alley.

Or you may rely on your smartphone to record quality videos and shoot vibrant pictures of some of the most important moments of your life—the Samsung Galaxy S7 edge and its 12 MP primary camera with phase detection autofocus and optical image stabilization has your back once again.

Add in the Quick Charge 2.0 technology, which charges a completely empty battery to 60% in 30 minutes, a microSD card slot that supports up to 256 GB cards, IP68 certification for dust- and water-resistance, and you are looking at the perfect life companion. 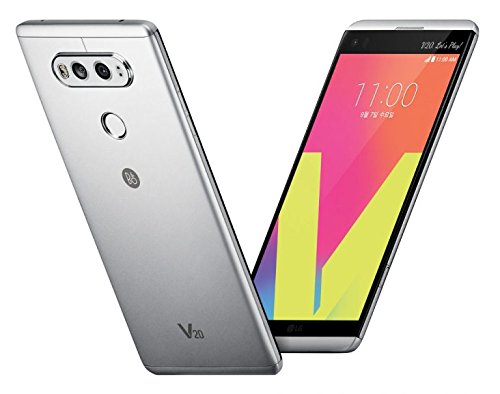 It seems that someone over at LG has decided that it’s time to prove to the world that the South Korean multinational conglomerate corporation can produce a device capable of competing with Google, Apple, Samsung, and other big names. LG knew that the only way for them to succeed is to offer something different.

The V20 is a multimedia powerhouse with professional-grade audio hardware and a spectacular wide-angle camera, among many other features. The default camera app allows you to capture high-quality audio on the go with the ability to tape over a separate track. You can then listen to the recording through wired headphones or speakers, using the built-in Hi-Fi DAC to get crisp, full sound.

On the front of the LG V20 is a 120-degree wide-angle camera with 5 MP resolution. Turn the phone around, and you’ll discover a dual-camera setup with a 135-degree perspective and fantastic low-light performance.

Right out of the box, the smartphone ships with Android 7.0 Nougat, bringing all the highly anticipated new features, including split-screen multi-window, streamlined notifications with a direct reply, and improvements to battery performance. A nice extra bonus is the second screen that has been added on top of the main 5.7-inch Quad HD display. It shows important notifications and shortcuts to favorite apps and settings, so you don’t have to waste time digging through complicated menu structures. 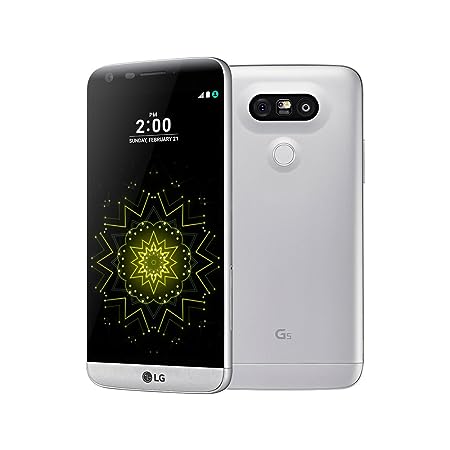 Over the years, there have been several attempts to produce a modular smartphone that would allow customers to seamlessly swap parts and customize the device to their liking. The G5 from LG is likely the first smartphone to get it right.

Unlike its predecessors, the LG G5 understands that the average customer couldn’t care less about the internals, the number of processor cores, or the total amount of RAM. The average owner of a flagship device expects flawless performance and a full range of features right out of the box. That’s why LG has focused on how users actually use their devices, with the intention to identify the most common pain points.

The company has realized that some users rely on their smartphone’s camera much more than others, while another group of users refuses to purchase any smartphone that doesn’t ship with a removable battery.

The LG G5’s modular design lets you simply slide the battery out and replace it with a fresh one. It also makes it possible to enhance your camera experience with the CAM Plus camera grip with physical camera controls, including a dedicated shutter button and zoom wheel.

Aside from the smartphone’s modularity, the G5 is a fantastic flagship device with the Qualcomm Snapdragon 820 chipset, 4 GB of RAM, 5.3” IPS LCD capacitive touchscreen, and a microSD card slot that supports up to 256 GB large cards. 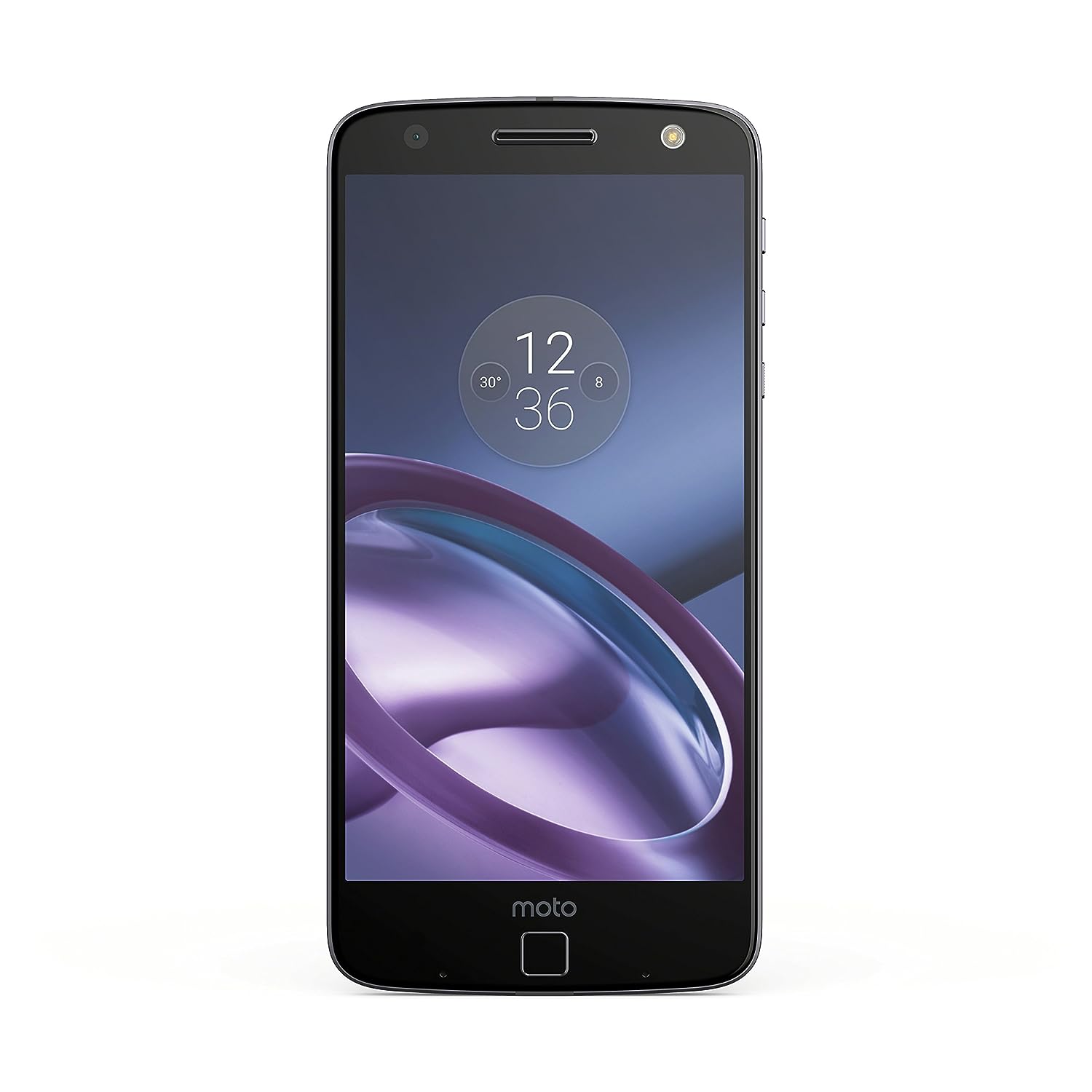 As much as we love what LG has done with the LG G5, it’s Motorola who made the modular design compelling and fun to use. The Moto Z has magnetic metal pins on the back side, which are used to attach Moto Mods, Motorola’s range of interchangeable backs.

These backs easily snap onto any Moto Z using integrated magnets. The smartphone then instantly recognizes which Moto Mod has been attached without the need to first reboot the phone as you must do with the LG G5. There’s a camera attachment from Hasselblad, which features 10x optical zoom, Xenon flash, RAW format shots, and legendary Hasselblad design and ergonomics combine for unparalleled experiences and images. Other attachments include a speaker from JBL, a compact projector, a power pack for up to 22 hours of extra battery life, and a classy back case made from premium materials, such as real wood and genuine leather.

As for the smartphone itself, it comes with a Qualcomm MSM8996 Snapdragon 820 chipset, Adreno 530 GPU, 5.5” AMOLED capacitive touchscreen, a dedicated microSD card slot, and a non-removable Li-Ion 2600 mAh battery. It’s a shame that Motorola has omitted the 3.5mm audio connector, forcing users to rely on a single USB Type-C 1.0 reversible connector. 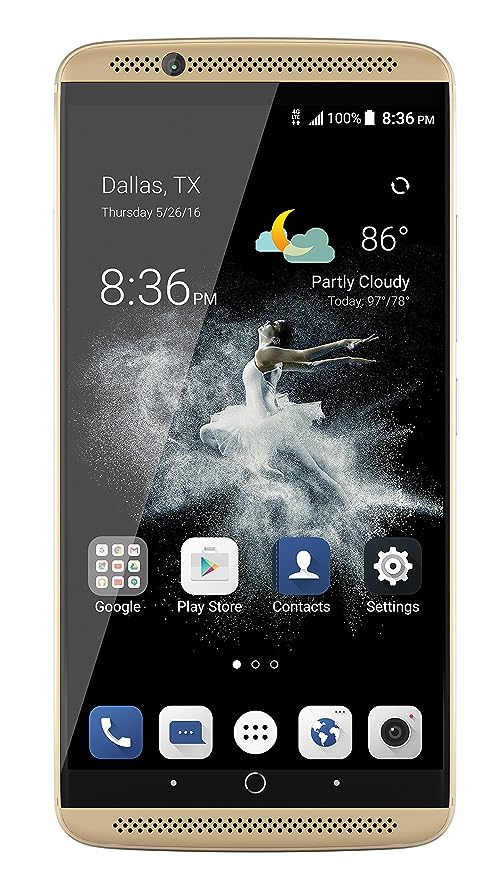 The Chinese multinational telecommunications equipment and systems company headquartered in Shenzhen has successfully released another affordable flagship device to compete with some of the more recognized brands out there. If we had to sum up the Axon 7 in just one sentence, we would call it “an affordable premium Android experience.”

What exactly makes the ZTE Axon 7 so premium? The Qualcomm MSM8996 Snapdragon 820 chipset with 4 GB of RAM, for starters. Also, the presence of two flagship audio processors, AK4961 and AK4490, which provide the highest level of audio quality with up to 32-bit Hi-Fi playback and recording. The Axon 7 has two built-in speakers on the front side, which sound utterly fantastic. They are as loud and clear as many smaller Bluetooth speakers on the market.

The design of the smartphone was conceived in cooperation with Designworks, a subsidiary of BWM Group, to create all-metal unibody that’s easy to hold in one hand. The backside houses a fingerprint reader and a 20 MP camera with F1.8 aperture and optical image stabilization for stellar low light performance.

No matter which Android smartphone with a microSD card slot you ultimately decide to purchase, it’s always a good idea to check whether it supports your microSD card of choice. Generally speaking, all microSD cards up to 64 GB in size should work with no problems whatsoever. It’s only once you move up to 128 GB and beyond that you may run into compatibility issues. Online forums are your best friend, so don’t be afraid to ask on community sites like XDA or reddit. In most cases, you can expect to get an answer within the first 24 hours.