The Nokia 6.2 has been selling decently in Asia as well as Europe and has finally made its way to the U.S. via Amazon. The smartphone is available in colors like Ice and Black with only one storage variant on offer. But this shouldn’t make much of a difference to the customers since the phone also comes with expandable storage.

The Nokia 6.2 is packing a 6.3 inch 2280 x 1080 display with features like HDR10 and always-on display. Underneath, the phone’s running the octa-core Snapdragon 636 processor accompanied by 4GB of RAM and 64GB of storage. The phone comes with an exciting triple-camera layout on the back consisting of 16, 8 and 5MP sensors respectively. 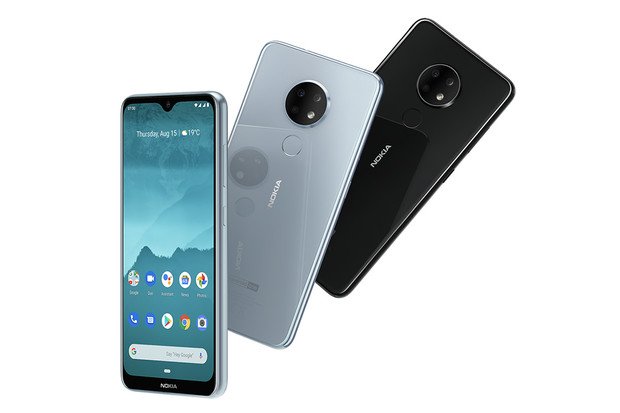 There’s also an 8MP single camera on the front for selfies and video calls. There’s a 3,500 mAh battery on the Nokia 6.2 which should comfortably last for up to a day on a single charge. There’s no fast-charging adapter included with the product, however. Nokia has been wise enough to include a 3.5mm headphone jack here, something that’s becoming increasingly uncommon among modern-day smartphones.

The fingerprint scanner on the Nokia 6.2 is located on the back panel. One of the highlights of this phone is that it runs Android 9.0 Pie with Android One. This entitles the smartphone to receive the latest Android updates slightly after Pixel devices get it.

Updating Android One phones are easier for the manufacturer since they run a stock Android interface with no OEM customization on board. The retailer mentions that the product comes included with U.S. warranty, so customers can buy this device with confidence.

Check out the Nokia 6.1 on Amazon