The #Samsung #Galaxy #S6 is a 2015 flagship model that sports a beautiful glass and metal construction. This is the first high end smartphone of the company using this design structure which is why the company has not included some features on this phone such as a microSD card slot, waterproofing, and a removable battery. While a lot of people are using this phone as their daily driver without any problems there are instances when certain issues can occur. In this latest installment of our troubleshooting series we will tackle the Galaxy S6 shuts off when taking pictures issue & other related problems. 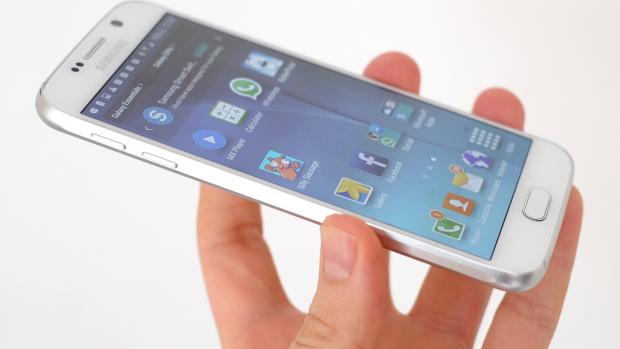 S6 Shuts Off When Taking Picture

Problem: Hello. I have a Galaxy S6 G920T and once I dropped it and the screen cracked. The screen was changed and also the battery. The problem now is that when I take a picture with flash the phone shuts off. Everything else works, the lamp, I can take video with flash. It’s only on picture mode. And the only way to turn it on is by plugging it to the charger. I currently have android 6.0.1 on it. I did a factory reset already and still does the problem. Thanks a lot!!

Solution: In most cases like this the main culprit is the battery. Using the flash when taking photos will require more battery power and if the battery in your phone can’t provide this then the phone has the tendency to turn off. Since you already performed a factory reset which allows us to rule out any software glitches then what you should do next is have this problem checked at a service center. They might need to replace the battery of your phone. If the battery isn’t causing the problem then the next component that needs checking is the power IC of the phone ( which might also be replaced if it is found to be causing this issue).

Problem: so today i was using my phone on and off all day, phone calls, apps, texts, and emails. I had no issues at all.  I had my phone in pocket of jacket when i wasn’t using it, then i went to check after some time had passed and it was very warm, and powered off and now i can not turn it back on.  Tried charging it, cooling it down and still nothing. Please help! Thanks

Solution: When a phone gets warm and shuts down it can be caused by two factors. It’s either caused by an app / group of apps running aggressively stressing the processor thus causing the phone to warm up and turn off or it could be caused by a short circuit in the device. Since you are unable to turn on the phone despite charging it then the reason could be the latter, probably caused by a faulty battery. Your best option right now is to bring the phone to a service center and have it checked.

S6 Not Turning On After Falling In Water

Problem: My phone fell into the water while i was at the beach. I got it out right after it fell in. It was working for a while then it just turned off. I had it in a container of uncooked rice for about 2 days. I’ve just tried plugging it into a charger but it wont even charge. The battery symbol comes shows up on the screen for about two seconds and then disappears. It keeps doing that for as long as I have it plugged on the charger. Please help

Solution: Your phone probably got water damaged. To check if this is the case remove the SIM tray of your phone. Check inside the SIM slot for a sticker. If it is white then your phone has not suffered liquid damage. If the sticker is red or pink then this indicates liquid damage. You should bring your phone to a service center so that its hardware can be checked to determine which component has failed to work.

Problem: I bought my samsung galaxy S6 like a year ago I always charge it with its original fast charger and it worked great. But lately like weeks ago when I put it on the charger instead of writing “fast charging” they always write charging with cable or something like that (they write “chargement par câble” in french) but it charges fast though. So I didn’t mind it. But then few days ago when I try to charge it, it might charge like what I said in the last, or the screen turn to like a vibrant black screen for 2 seconds then becomes normal but the battery isn’t charging and wont charge, so I need to turn it off and turn it on again and try to charge ut it might charge or that might happens again. I took my phone to the company of the warranty they said they need to delete everything on it… is there any other solutions without deleting my stuffs on it? My memory isn’t that full to make problems though it is 51% of 32GB.

Solution: You can try to perform the following troubleshooting steps listed below to fix the issue before a factory reset is to be performed on your device.

Problem: My phone got a bit wet after I texted a friend in the rain. After a slight glitch, it recovered and is now working normally. But now my charger won’t work properly – it’s supposed to be an adaptive fast charger but my phone is now charging at a snail’s pace or stop charging halfway through. It also won’t connect with my laptop anymore. Is there a problem with my phone or the charger? Help!!!!

Solution: It looks rain might have entered the charging port of your phone. Try turning off your phone first then place it in a bag of rice for at least 48 hours. The rice will absorb the moisture inside the phone. Once done, make sure to clean the charging port of the phone first using a can of compressed air. Make sure to remove any dirt or debris present in the port. Check if the issue still occurs. If it does then you should bring your phone to a service center and have it checked.

S6 Won’t Turn On Even When On Charge

Problem: I woke up this morning and went to use my Galaxy S6, the screen was blank so presumed the battery was dead. Therefore, I put it on charge and was working fine then I removed the charge and the screen went straight off. I was only able to use the phone when it was on charge even though I have 90+% charge. I tried all the factory resets and now even when on charge my phone wont turn on, it just keeps resetting itself. Any ideas or am I going to have to put it in for repair?

Solution: Since you already performed a factory reset which fails to fix the problem then it’s possible that this could be caused by a hardware component in the phone that’s failing to work. I suggest you bring your device to a service center and have it checked.

Problem: hey so my Samsung galaxy s6 just stopped working. I used it and went to work. few hours later the screen is black. the top left led is blue and blinking between blue and light blue. it’s like constant light coming from it but the color is changing. I did all of the button holding and it turned off then I turned it back on and bam back to the light but the screen did nothing. i’m not sure what android version it is tbh. its up to date as of today so whatever version that is.

Solution: Try charging your phone first for at least 20 minutes as this might just be a caused by a drained battery. Before charging the phone make sure the charging port is free from dirt or debris. If necessary, clean this port using a can of compressed air. If the phone still does not turn on then try using a different charging cord and wall charger when charging the phone.

If the above steps fail to fix the problem then perform the troubleshooting steps listed below.

Problem: Phone having hard time charging, when connected to the charger it will not charge, i buy a new charger and will work for a few days and then i have to press upward on the charger while it is plugged into the phone so it will charge.

Solution:  Try cleaning the charging port of your phone first using a can of compressed air and make sure that any dirt or debris in this port is removed. Try charging the phone. If the issue still occurs then try using a different charging cord as this cord gets easily damaged.

If the above steps fail to fix the problem then you should have your phone checked at a service center.