Perhaps one of the worst kept secrets in recent times, the OnePlus 7T is now official. The smartphone is available for purchase right away in the Indian markets while other regions will follow suit shortly. The company is expected to hold a formal unveiling in London on October 10 while it is expected to start shipping in the U.S. by October 18.

One of the notable additions with this new flagship is the inclusion of Android 10 out of the box, making it the first device to have the honor. Although the Pixel 4 lineup will offer Android 10 by default, the 7T is the first phone in the world to launch with Android 10. OnePlus also claims that it has made “370 rigorous optimizations” to the Android software, thus giving a little extra to the customers.

In terms of hardware, the OnePlus 7T is packing a slightly bigger 6.55-inch Fluid AMOLED display with an improved display resolution of 2400 x 1080. The phone retains the 90 Hz refresh rate from the OnePlus 7 Pro. Also changed here is the front camera. Instead of the mechanical pop-up selfie camera, OnePlus is using a 16MP front-facing camera embedded within the front panel. The rear triple camera consists of 48MP + 16MP + 12MP sensors. 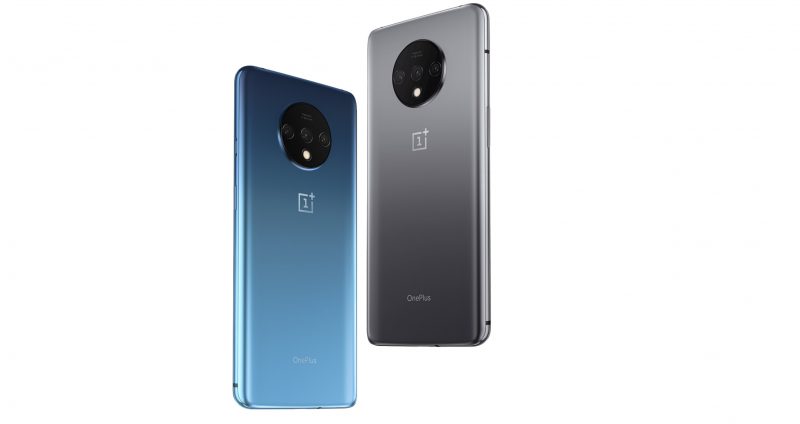 The phone is running Qualcomm’s Snapdragon 855+ chipset accompanied by 8GB of RAM and 128 or 256GB of non-expandable storage. The 7T also comes with an under-display fingerprint scanner and sports a massive 3,800 mAh battery pack with support for 30W fast charging (Warp Charge 30T).

OnePlus has mentioned that pricing will start from $599 when it hits the shelves on the 18th of October. Considering how most flagships sell for more than $1,000 right now, OnePlus is offering a viable alternative to the masses. Do you like what you see here?