Welcome to another installment of our troubleshooting series where we aim to help our readers who own the #Samsung #Galaxy #S9 fix the issues that they are experiencing with their phone. This is one of the flagship models that the South Korean company has released this year and is considered as one of the best android smartphones available in the market today. Although this is a solid performing phone there are instances when certain issues can occur which we will be addressing today. In this latest installment of our troubleshooting series we will tackle the Galaxy S9 screen ghost image issue.

Problem: Why does my phone have a greyish screen ghost image on all screens? When I turn on the phone or it has sat unused for a little while the screen looks like it has a grey color overlay on most of the screen there is a small strip at the top that is normal. I can still go to apps but each page opens with the grey overlay. After a while the grey overlay disappears and everything looks normal. This just appeared 2 days ago. No updates were done prior to this, it just started one morning when I picked up the phone after not using it overnight. The phone is a Samsung Galaxy s9.

Solution: Before doing any troubleshooting on this phone you should first make sure that the device is running on the latest software version. If an update is available then I suggest that you install it in your phone.

Check if an app you downloaded is causing the problem

The first thing you will need to do right now is to check if the problem is caused by an app you downloaded. Sometimes these apps can cause a conflict with the way the phone works resulting in issues such as this. To check if downloaded app is causing the problem you should start the phone in Safe Mode.

In case the issue does not occur in this mode then it is most likely caused by a downloaded app. Find out what app this is and uninstall it.

Your phone will usually accumulate temporary system data which when it becomes corrupt can cause certain issues to occur in the phone. Try to check if this is what is causing the problem by wiping the cache partition of the phone.

Backup your phone data then do a factory reset

One last troubleshooting step that you need to do is a factory reset. Since this will revert your phone back to its original factory condition then it is a must that you backup your phone data before performing this procedure.

Have the phone checked at a service center

In case the above steps fails to fix the problem then this could already be caused by a screen burn-in issue. This can only be fixed by replacing the display assembly of the phone. The best thing you can do right now is to bring the phone to a service center and have it checked. 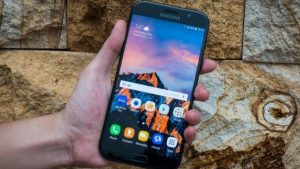 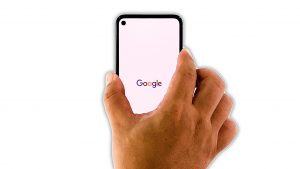