We’ve seen a lot #GalaxyNote5 issues for the past few months but we still continue to expand our list day after day. The problems discussed below may not no longer be new for some of you like Note 5 overheating and random shut down problem but we consider it worth our while to provide our known resolutions for them here. 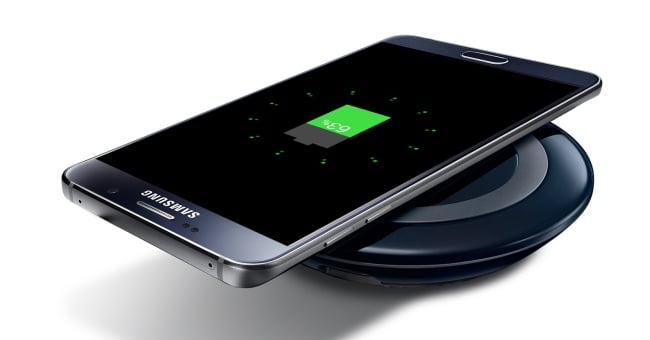 Below are the specific issues covered in this material:

I recently updated to 6.0.1. I received them twice for some reason, and without thinking about it, downloaded and installed the update again. A day or so later, my phone died (naturally) and i charged my phone. Turned it on, and got stuck in a boot loop. Hard reset it, and now all my apps, especially system apps, fail and shut down repeatedly. My phone also shuts off CONSTANTLY, occasionally rebooting itself several times, though usually i have to turn it on myself. Sometimes it also freezes. It’s been doing this for a few days. I factory reset my phone TWICE, and neither time made any difference, or subsided. any of the app fails. I was told by a Verizon rep to plug it into a pc and put the usb mode on “software installation” mode and see if the update screwed up, but every time i open the file, the usb mode changes to charging mode on its own. — Myk

Solution: Hi Myk. Factory reset is the last thing an end user can do to fix possible software problems on his or her end. That doing it twice already did not fix the issue is a clear indicator that the problem is beyond your level to fix. Factory reset, as the name suggests, restores operating system and built-in app to their factory settings. If apps, including pre-installed ones, fail and refuse to work normally immediately after a factory reset, that indicates that the issue is something beyond your grasp. We assume that you observed your phone for some time after a factory reset before you installed third party apps. If you simply re-installed the same set of third party apps after a factory reset, you will be unable to tell if one of your apps is to blame.

For our part, we can’t say for sure what the issue is because we don’t have all the information necessary to diagnose it. Giving us a brief description of your problem does not really gives us a helpful picture. In a situation like this, the best thing that you can do is to ask for a replacement unit.

Updated to Marshmallow on 6/28/16. Right away some of my SMS and MMS messages  (incoming and outgoing) have a background color that obscures the font (light background, white font. It’s usually white font, black background). If I press and hold the message the background becomes a couple shades darker so I can sort of see the white font, but a “Message Options” pops up, blocking the message. Even some messages received or sent prior to update are affected. It’s not every message, some come from Android, some from iPhones. I can’t figure out a pattern. I cleared cache,  but I’m apprehensive about clearing data (never have). I cannot remove battery for a soft reset. I do have a screenshot I can send you, if necessary. I have searched Google and see some people who have upgraded to Marshmallow have lost function of outgoing text messages, but I can’t find a problem that matches mine . Thanks! — Tomi

Solution: Hi Tomi. Are you using Samsung’s stock Messaging app, your carrier’s Messaging app, or a third party one? We haven’t heard this issue happening on native Samsung messaging app so this may be an isolated case.

Messaging apps may or may not have built-in settings that allow a user to change the color of the font as well as the background. If you can’t find this option anywhere on your Messaging app, make sure that you clear the data of the said app. For reference, these are the steps on how to do it:

If that won’t help, wipe the phone’s system cache. Here’s how:

First of all I would like to inform you guys that I really don’t know the carrier of my phone but I mentioned “other” in above dropdown.

I am facing an issue in my Facebook Messenger application. it is always showing in yellow that “waiting for the network” even if it is connected to the Internet but when I send any message it gets connected. I am facing this problem on both Mobile data as well as on Wifi.

In addition, on Whatsapp I am able to able to call but it goes to “reconnecting” after 1 or 2 min.

Solution: Hi Saqib. If both of these social network apps are updated to the most recent version, the problem can be caused by other issues including a corrupted system cache, an unknown firmware glitch, or by another third party app.

Sometimes, third party apps, especially those not optimized for the new operating system, can cause conflicts with the operating system and other apps. Because you’re having problems with third party apps as well (unless both Facebook Messenger and Whatsapp came as pre-installed ones), booting in safe mode  to confirm our hunch will not work. We recommend instead that you do a master reset so you’ll know the difference. To do that, simply follow the steps below:

Hi. I hope you can give me some assistance and guidance. I have a Note 5 and it has recently been overheating, specifically where the SIM is located. I’ve heard the CPU is located underneath it. It also randomly switches off when it heats up. I then have to reboot the device. When i switch it back on, sometimes i unlock the device only for it to switch off again. I never have several apps running simultaneously, and it randomly heats up without even using the device.

I have uninstalled all 3rd party apps and it still continues.

Can you give me any direction on the way forward? I have been considering taking it to a samsung repair centre but afraid of the cost implications if a new CPU is needed.

Your help is highly appreciated. Thanks. — Kershan

Solution: Hi Kershan. Overheating can be caused by a number of things including the things that you’ve mentioned and checked. If you’ve already removed all third party apps or performed a factory reset, chances are overheating in this case is not the problem. Rather, we think that it’s just a manifestation of a failing hardware. The most common hardware malfunction that can manifest into overheating includes dying or bad battery, defective processor, and other damaged components.

There’s no way this is caused by faulty software or app since you’ve already uninstalled apps (as well as presumably done a factory reset). The random shut down issue that you’ve noticed is the phone’s default behavior to protect itself from overheating. In order not to damage other components, Android devices are designed to automatically shut down once a certain level of internal heat is reached.

There’s no way for us to know exactly where the problem lies. A technician must physically check your phone first to diagnose the hardware issue. If you have access to a Samsung repair center, we recommend that tap their services. If the phone is still in warranty, we suggest that you ask for a replacement instead of repair. If the phone is no longer in warranty, you can surely expect to pay for whatever service is needed to get your phone back in working order.

Just to even send or receive a txt message, my phone will now glitch and even shut off on its own. Just to write this message it took me 15 minutes to get my phone to work long enough and load properly to send this message. I have cleared all cache, cookies, history. i have done a factory reset. I have tried being hooked up to my data. I have tried different Wi-Fi connections. I have tried everything but since this update, my phone even makes random calls while just sitting on the counter. It takes about 4 minutes to load any apps even apps like my contacts. I have had random contacts deleted, pictures deleted, etc.

I also notice my key pad only works when it feels like now too.

Also my battery went from lasting 2 days to just barely 8hrs. I have been dealing with this for a while now and i am fed up with it. I love this phone and would never go to Apple but I also will not pay another $700 to replace this phone because that is absolutely absurd to make someone do that.

So please if you have any other suggestions on what i can do. — Kaylee

Solution: Hi Kaylee. There are only three solutions that you can try if you think the issues started happening after installing an Android update.

The second solution that you can try is factory reset. Doing this step addresses problems that may have developed after an update. This solution will not work though if the issue is not the firmware itself, but rather on one or some of your installed apps.

The last thing that you can try therefore is to ensure that you only install updated or compatible apps. Keep in mind that not all apps in the Play Store may be compatible with the most recent Android version running on your phone. Updating the Android version does not mean you are also updating your apps. This is a point many Android users often forget. If you have a lot of apps, try to do a factory reset and observe how the phone behaves without installing anything. If everything works fine without your apps, you can start the hard process of isolating which of your apps is the culprit.