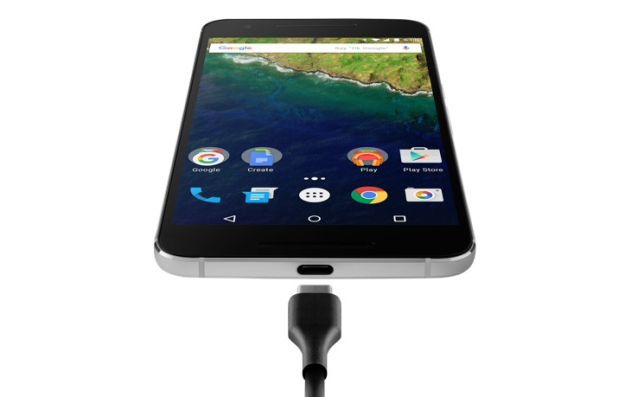 There are several factors that may contribute or lead to this kind of problem and in this post, we will try to discover them so that we will know how to fix it. It’s really a big deal if the Nexus 6P won’t charge considering the fact that you just can’t buy a new battery at the store and replace the one that’s on your phone–it has a non-removable battery.

While it is always wise to seek help from an authorized technician and report the issue as soon as possible, there are times that the seemingly complicated problem can easily be fixed by simple troubleshooting procedures. Therefore, if you’re comfortable doing some troubleshooting, I suggest you take a little time tinkering your phone (safely) as it might just save you from miles of travel and hours of waiting at the shop.

Below are some of the safe steps you can try to fix the problem or make your Nexus 6P charge again. When I say “safe” it means they don’t compromise your device’s hardware as well as your data if you have any. But remember, these steps are a standard troubleshooting procedures we technician often do to phones with the same issue.

For not charging issues, we have to look into the device’s battery, the firmware and the hardware. The thing is the Nexus 6P doesn’t have a removable battery so we just can’t buy another one and plug it into the phone. There are ways to determine if it’s a battery problem or not.

As to the firmware, if you’re asking why we have to look into it, it’s because it plays an important role in making the phone charge. The charging process isn’t just about electric current being pushed into the battery. It passes through a series of chips and operating system is responsible in making sure correct amount of current is flowing through the circuits.

Lastly, the hardware could also be at fault here. If one component got busted or damaged, there’s already a break in the circuit. Naturally so, the current won’t flow correctly. That being said, here are the things you can do to troubleshoot this problem.

Step 1: Rule out the possibility of a battery problem

It does sound a bit complicated but it’s not. Just try to plug your phone in and see if it charges. You may have already done it a hundred times since the problem occurred but this time, try to hold the phone at various angles to see if it detects the charger at some point. There’s a chance it’s a loose connection issue wherein the cable doesn’t make proper contact with the phone’s receptors. In this case, you need a technician to fix it for you but in order to work around it, you just have to find a certain angle where the phone charges.

Assuming you cannot make the phone to charge while holding it at various angles, you should check the charger and then the cable and then your phone’s USB charging port. To check the charger, look into its port to see if you can find lint, debris or any corrosion on the pins. You should also examine if there are pins that got misaligned. You may use compressed air to get rid of foreign materials that might be preventing charging. You can also use a toothpick or tweezers to straighten out bent pins.

Sometimes the power adapter gets burned and while we cannot pop it open, just put the charger near your nose. If something got burned, you should be able to tell by the smell.

As to the cable, all you gotta do is run your fingers from one end to the other to feel something usual. Of course, we cannot see if there are breakage inside but we can sure tell if something isn’t right on the outside. After this, check both ends for debris and corrosion. If there are dirt in any of the ends, you may use a brush to clean it. Using alcohol to clean those connectors is the best way to make sure corrosion is removed.

Lastly, check if your phone’s USB charging port is clean and free of debris and dirt and make sure there are no bent or missing pins. Use compressed air to clean the port and pointed objects to straighten bent pins. If a pin is missing, a technician is needed to get it fixed.

If there is someone borrow a charger from, then that would make things a little easier because if the handset still won’t charge with other chargers, then it’s either a problem with the firmware or the hardware.

Step 2: Rule out the possibility of a system crash

As I said earlier, the firmware plays a big role in charging the phone so after ruling out the possibility of a battery issue, it’s time to go after it.

When the system crashes, the screen becomes black and unresponsive and the device may not respond when you press any of the buttons or even if you put it on charge. The first thing you should do in this case is to press and hold the power key for 10 to 20 seconds while the device is plugged in.

If it were just a minor firmware issue, the phone will boot up successfully provided there’s enough battery left to power it up or, at least, charging signs will become visible such the charging icon on the screen and the LED lights and after all these, the phone may charge successfully this time.

Assuming you’ve brought the phone back to life, you should try to discover what caused the system to crash because if not, the problem may happen sooner or later. One thing you can do to make sure everything is fixed is to do the master reset but before you do this, make sure you backed up everything as they’ll all be deleted.

What if the phone neither charges nor turns on after this step? Well, it’s time to request assistance from a technician.

Step 3: Send the phone in for repair

As far as troubleshooting is concerned, you’ve done enough so it’s time you let someone who can do further tests handle the case for you. It’s probably a hardware problem that’s why we can’t make it the phone to charge nor turn on.

If, however, there’s still enough battery left in your phone, then do the reset before sending the phone in. It might fix the problem but the main purpose is to delete all your personal information and sensitive files.