So you want to sign up for HBO to get all of the sweet, premium content that they’re putting out — after all, if you missed the Game of Thrones bandwagon, you’ve got a lot to catch up on! Not to even mention that other hot series like Westworld are currently playing. However, if you’re looking at signing up for HBO, you’ve probably noticed that you have two options — HBO GO and HBO Now — and its not immediately clear what the differences are between the two services.

That said, if you follow along with us below, we’ll show you the clear differentiating factors between HBO GO and HBO Now, not only to help clear up confusing, but to point you in that right direction for the service that you need. 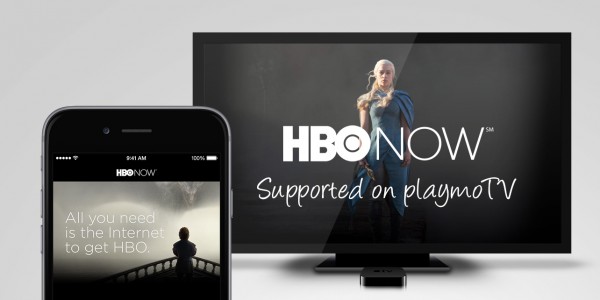 It’s important to understand that HBO Now and HBO GO has virtually all of the same content as the other. You’re going to get access to all of the same TV episodes, movies, and more in HBO GO and HBO Now. As far as content goes, there’s absolutely nothing unique about either of the two services.

Want to watch Game of Thrones? Open up HBO GO, and you can watch it, starting with Season 1 and all the way to the last season, with no trouble. Guess what? You can do the exact same thing inside of the HBO Now as well. We mean it when we say that there’s nothing unique about the content offered in either app — it’s all the same.

So, what makes HBO GO unique from HBO Now and likewise then? Not the content itself, but how the content is delivered to you.

HBO GO is a streaming service that you don’t directly have to pay for. It actually runs off of your existing cable subscription. So, when you download it to your phone or try to log on HBO GO to your computer, you would choose your cable provider, and then enter in the credentials for that providers in order to access free HBO content on the go. Obviously you have to have an existing or new cable setup in order to do this, though.

Unfortunately, there aren’t a whole lot of people out there that want to pay $100 or more for a cable subscription to just access HBO content. That’s where HBO Now is different.

In typical consumer services fashion, HBO realized it wasn’t marketing to a vast group of people, and was missing out on a ton of money that way. That’s due in large part to people realizing that they don’t need cable with the advents of things like Netflix and Hulu. So, HBO started offering its own streaming service a la Netflix or Hulu — and that would be HBO Now. On HBO Now, as we already mentioned, you can only watch HBO content, but there’s so much available — you can watch Game of Thrones, Westworld, legacy series, and more. And the best part? You don’t need a cable subscription.

With HBO Now you actually sign up to it in a similar fashion as signing up for, say, Netflix. You create an account, pay a monthly fee, and then you get access to that content until whenever your subscription ends.

The biggest differences between HBO GO and HBO Now are without a doubt the pricing of the services.

As we mentioned, you’re not paying for HBO GO directly, but it does require a cable provider for you to log into. That said, most cable subscriptions are going to run you between $80 and $120, depending on your choice of provider. If you’re just getting cable for HBO Now, that’s a ridiculous price to pay for the service, though if you’re using other channels regularly, it ends up evening out.

HBO Now, however, is a little more affordable. By streaming service means, you’re still paying a pretty high price. For example, Netflix and Hulu sit at around $10 per month of a streaming subscription, and give you access to way more content than HBO Now. However, an individual subscription to HBO Now is going to set you back by around $15 per month. Expensive, but again, you can’t get this type of premium content anywhere else, so from that sense, it’s not bad, especially in comparison to cable prices.

As you can see, the differences between HBO Now and HBO GO are minimal, but they’re pretty obvious. The content is the same on both services, it’s just the method of delivery and the price that’s different.