So you’re looking at purchasing a brand new machine, and you’re wondering what the big differences between the Chromebook and your traditional laptop are. There’s actually a lot — and that’s because a Chromebook will be running Google’s Chrome OS operating system, whereas your traditional laptop will be running Windows of some sort, generally Windows 10 these days. That said, there are major differences between the two that you need to thoroughly understand so that you know what you’re buying and getting into.

If you follow along with us below, we’ll show you all of the differences that you need to be aware of, and then hopefully help you make an optimal buying decision. Let’s dive right in, shall we?

The big difference between the Chromebook and the Laptop is that the Chromebook is running Chrome OS, Google’s own always-connected operating system. Chrome OS is essentially the Chrome browser, but expanded into an Internet-based operating system. It’s a fast and efficient way of running things; however, it can also be a hindrance if you rely on programs that are exclusively found on Windows as a .exe program, not an app.

There is no Microsoft Office on Chrome OS, there is no AutoCAD, no accounting software, and so on. Chrome OS and their hardware — Chromebooks — are literally Internet machines that you primarily use for browsing the Web. Now, in recent years, they’ve started gaining some more features through Android app support, though it still doesn’t make Chrome OS a great replacement for the traditional laptop.

Another area that Chrome OS fails in is that, since it cannot support .exe applications, you aren’t able to do any gaming, aside from the small, mini Android or Chrome games that you can download (i.e. Candy Crush or a Word Puzzle).

Chrome OS also isn’t a great development machine. Chrome OS is literally the Chrome browser, so if you’re doing, say, web development, it’s impossible to test your projects, creations, and web apps on other browsers. Not only that, but you certainly cannot do any OS-specific programming with a Chromebook.

There’s so much more that we could cover on what Chrome OS can’t do, but the other primary one that you need to worry about is that Chromebooks often come with extremely lightweight hardware — that means that you’re not going to be able to do a whole lot of heavy lifting with a Chromebook. Not to even mention that higher-end hardware in a Chromebook will cost you almost $1000, which brings the value for money conversation into the equation, where you would get more bang for your buck on a Windows laptop. That said, many lower-end Chromebooks do come in at budget pricing that’s difficult to beat.

Suffice to say, Chromebooks are more geared towards the layman or College student who doesn’t require any special programs on their machine. If surfing the Web is the major or primary thing that you do, then a Chromebook isn’t a bad option. 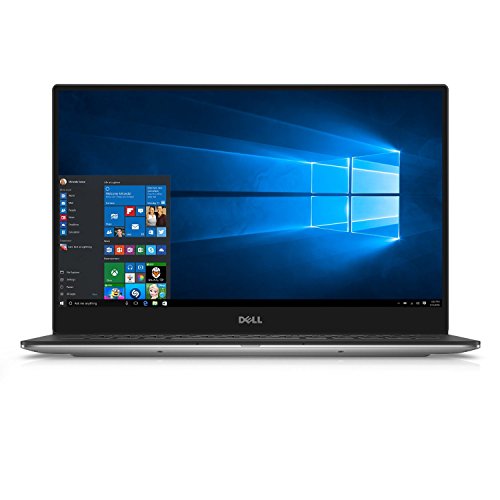 Laptops traditionally come with some version of Windows on it — and these days, that is Windows 10. It’s not an operating system that a low of people enjoy; however, it’s the operating system that most of the world runs on, and thus, that’s what many of the major applications are designed for.

These types of machines are extremely versatile, allowing you to test projects on multiple browsers without a hitch. They can be outfitted with high-end hardware rather cheaply, which makes it easy for professionals to use demanding graphing software, 3D modelling, and development. It makes it a whole lot easier to play games these days as well.

The bonus to running a Windows 10 laptop really is just how versatile it is. When you’re running Windows 10, and you find a program that you need to use, there’s almost always a way to make it work, whereas Chrome OS is very limiting in that sense.

Additionally, laptops — even with decent hardware — won’t cost much. They even — these days — come with all-day battery life similar to the Chromebook. That said, if there’s even a possibility that you might need to use a program outside of the Chrome environment, going with a traditional Windows 10 laptop is the most efficient way to go.

As you can see, both Chromebooks and laptops are excellent pieces of hardware, but their geared and marketed towards two completely different groups of people. Chromebooks are definitely for the layman who won’t use much outside of a Web browser, whereas laptops are the most ideal option for folks that are in University, or are professionals who need a versatile system that can meet their needs not only in the moment, but long-term as well.