The original QC35 from Bose are widely considered to be the best noise canceling headphones on the market. Now, the company has released a new version of the headphones, and everybody’s curious to find out what the similarities and differences are. We tested the two headphones, and here’s what we found out.

You would be correct for thinking that Bose did nothing to improve the design of the original QC35. The QC35 II are constructed using the same materials—glass-filled nylon and stainless steel—and they even weigh exactly the same, 8.3 ounces with no cords attached. 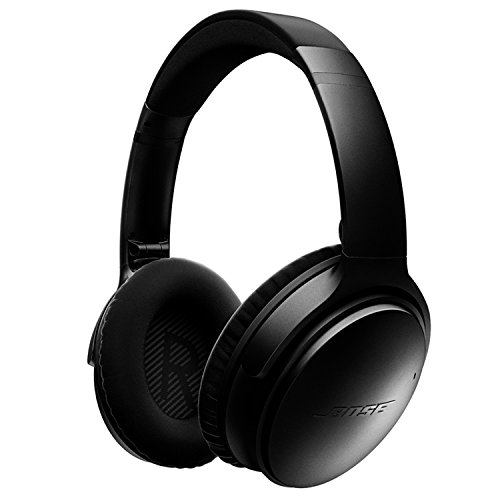 Regardless of how forcefully you bend, twist, and otherwise torment the headphones, you won’t hear any cracks or pops that might suggest a structural weakness. Thanks to the ample use of memory foam and synthetic protein leather, the headphones feel incredibly comfortable even after many hours of use, and we would go so far as to say that the only noise canceling headphones that are more comfortable right now are the Sony WH-1000XM3, which weigh whooping 33.8 ounces.

The button is located on the left earcup, and you can press and hold it to check calendar events, interact with your notifications, control music playback, and do lots of other things, as long as you have a device with Android 7.0 or newer.

If you want to use the headphones with an iOS device, you need to install the Google Assistant app from iTunes and follow the on-screen instructions to set it up. The setup process is fairly straightforward, but the iOS version of Google Assistant can’t do everything the Android version can, namely send an SMS or iMessage and play music through Spotify. You can, however, remap the play/pause button to launch Siri instead and use the Google Assistant button to toggle between different levels of noise cancellation—more on that later.

What surprised us the most during our testing was the presence of a microUSB charging port on the QC35 II. The same charging port is also present on the original headphones, and we think that anyone who owns them would appreciate an upgrade to USB-C.

Both the QC35 and the QC35 II support fast charging, allowing you to get up to 2.5 hours of playback after only 15 minutes of charging. On a full charge, you can expect at least 20 hours of battery life at a moderate volume level. 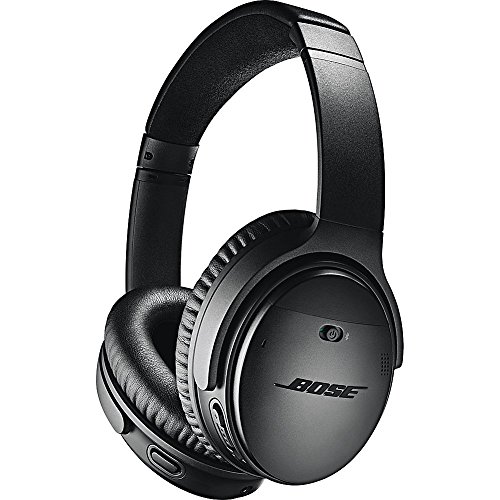 There are absolutely no differences in sound quality between the two headphones. They both support Bluetooth 4.1 and NFC, both are able to connect to multiple Bluetooth audio sources, and both can be paired with any NFC-enabled smartphone just by touching it to the headphones.

A lot has been written about the sound quality of the original QC35, and we expect that even more will be written about their successor. Bose has shaped the sound of the QC35 and QC35 II to provide a very pleasing balance of warmth, highs, and bass. The low range is accentuated just enough to make your music feel more exciting, and highs don’t sound shrill even at very high-volume levels.

Overall, the sound quality of the QC35 and QC35 II can be compared to some of the better closed-back headphones in the $200 price range, including the V-MODA Crossfade 2.

Since the new version was released, we’ve seen the original QC35 for less than $300. The QC 35 II currently sells for around $350. Considering that the only difference between the two headphones is the extra button for Google Assistant, it’s impossible to not see the original QC35 as a better deal. The original model even comes with an airplane adapter, which isn’t included with the QC35 II.

We think that Bose could have done more to make the QC35 II better than the original model. But if we put aside the fact that the only real difference between the QC35 and the QC35 II is the presence of an extra button for Google Assistant and judge both headphones solely by their build quality, sound, and noise cancelation, there’s nothing negative that we can say about them. If you can find the original QC35 for less than $300 and can live without an easy way how to activate Google Assistant, go for them. Otherwise, buy the QC35 II but know what you’ll be getting for your money.