WiFi calling as a concept has existed for quite some time now. However, the situation is significantly different than it was a few years ago. Today, there are several services and apps for devices that let you make free voice or video calls over a WiFi or cellular connection. You will see some popular and expected WiFi calling app names on the list, but we’ll be sure to mention a surprise or two in there. So without waiting any further, let’s have a look at some of the best WiFi calling apps available for Android.

But among the crowd of apps available out there, it’s hard to distinguish between the best and the not so good apps. Keeping this in mind, we’re going to make your job easier by discussing five of the best WiFi calling apps available for Android today.

An app like Skype is so well known in the market that it is rightly associated with the popularization of video calling en masse. The app has recently added the ability to hold a group video call, involving up to 25 people. Skype’s voice calling technology is pretty solid as well, although it sometimes struggles to hold a conversation even if WiFi signals drop just a bit. However, this could just as likely be an issue with my device and not the app itself.

Skype also allows users to make international phone calls, although Skype credit is required to access this feature. All Skype to Skype calls are free, just like with any other voice and video calling app. The best part of all, Skype is available on all major platforms as well as desktops (Mac and Windows), so there are more ways to be involved in a conversation compared to conventional chat apps.

Skype is a free download on the Google Play Store and comes with ads. There are no in-app purchases. Given the app’s popularity it’s no surprise that Skype has over a billion installs on the Play Store.

WhatsApp is relatively new to the voice calling game, but has surely captured most of the marketshare with relative ease. Since the feature was introduced a couple of years ago, followed by a steady rollout of the video calling feature, WhatsApp’s popularity has only surged. The app is massively popular in Asia as well as Europe, covering a majority of the world’s population. Although WhatsApp’s voice calling feature was initially not that great, the company has made tremendous inroads in the area and have significantly improved the quality of the calls.

It’s important to note that WhatsApp is also a messaging app with over a billion active users per day in July last year. This makes WhatsApp’s voice calling feature more accessible to the users compared to conventional phone calls or other alternative WiFi calling apps. WhatsApp is a free download on the Play Store and is ad-free with no in-app purchases.

Facebook Messenger needs no introduction as it is one of the most recognizable chat apps out there. Initially started as a part of the Facebook app, Messenger has now turned into an ecosystem of its own, complete with its own set of features and users. Users can also sign up for Messenger using their phone number, thus bypassing the requirement to have a Facebook account.

It has payments and gifts built into the system, allowing you to send money to your friends and loved ones. But more importantly, Messenger has a solid voice and video call setup in place, allowing you to get decent, stutter free conversations even during poor internet connectivity.

It is always recommended to stay on an unlimited WiFi connection to avoid overages and other charges. Given that Facebook users are also available on Messenger, it shouldn’t take long for you to find someone you know on the platform. The app is free to download but has in-app purchases. 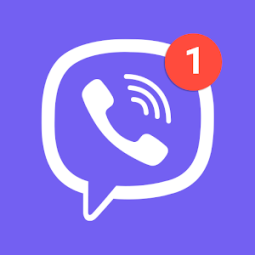 You’ll find that Viber Messenger is the most similar to Signal. Viber is free, and is one of the most secure choices out there. In addition to making crystal-clear WiFi calls, Viber Messenger also makes video calls as well. Viber Messenger is mostly free, but you can also call landlines and non-Viber users with it, as well as anyone who doesn’t have an internet service or a mobile phone at low rates.

The app supports GIFs, stickers, and you can even have self-destruct secret chats!

Snapchat, obviously, has your traditional texting features as well. 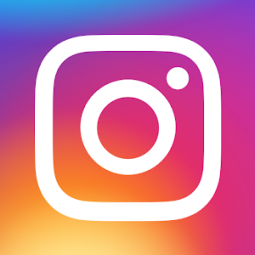 Instagram is another worth looking at for WiFi calling. It doesn’t have traditional calling abilities over WiFi, but it does allow you to start video chats over a wireless network as well. So it’s not ideal for audio-only calling, but it does allow you to at least communicate with your friends over WiFi. It’ll work over LTE as well, if you enable it. Signal is a privacy oriented app that encrypts all your calls and conversations to keep prying eyes or ears away. Moreover, the app is open source, allowing practically anyone to head over to its page and glance through the source code. This also means the app has more incentive to learn and make more changes overtime. If it’s security you’re after, Signal is by far the most recognizable app out there.

The lack of a dedicated tablet version of the app, however, is somewhat disappointing. But given the fact that it’s designed for people on the go, we don’t mind this omission too much. The makers of signal promise not to store any data, not even the metadata like group icon, group title etc. Signal also has a decent group chat feature, allowing you to add multiple participants in a text conversation. This is a free app on the Google Play Store with no ads or in-app purchases. 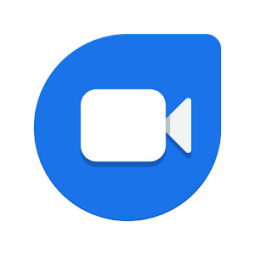 Google Duo is a relatively new app on the scene and is certainly newer than every other app on this list. However, it has quickly become one of the best voice and video calling apps available out there, especially for Android users who are deprived of a decent native solution like Apple’s FaceTime.

But Duo more than gets the job done, and has very little drops or connectivity issues. However, this factor depends greatly on the kind of internet connectivity you have in the area. As for contacts, it doesn’t need much more than your Google account. So if you have a bunch of contacts from the days of GTalk, you will find them here (if they’ve signed up to Duo).

The WiFi calling app is targeted more as a video calling app with voice calling capabilities, but both features work exceptionally well in the right environment. A handy feature called knock knock allows the people video calling your face. It’s more like caller ID but with a person’s live view. Duo is a free download on the Play Store and has no ads or in-app purchases. 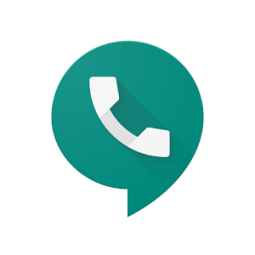 Google Voice gives you your own phone number for calling, text messaging, and voicemail. It works on smartphones and computers alike, and generally just requires a WiFi connection; however, if you have cellular, it will work over that, too.

There are some small caveats to Google Voice — one of those is that it only works for personal Google Accounts in the United States, and text messaging also doesn’t work in all markets. Google Voice is free to use, at least until you do International calling.

Verdict on the Best WiFi Calling App for Android

Here we’ve shown you all of the best WiFi calling app that you can use on Android. If you’re looking for a way to make free calls, just about any one of these applications will do. You’ll likely have the most luck with Facebook Messenger, as that’s where most of your friends are most likely to be.

Do you have a favorite Wi-Fi calling app that you use? Let us know in the comments section below!