We often take video player apps for granted. Almost every modern Android smartphone comes with its video player on board. While they’re mostly good, there are surely better ones out there. But how do you find the best video player app for Android when there are thousands to choose from?

Well, we’re going to compile a list of the best video player apps for Android to make the job easier for you. Some of these video players are incredibly popular in the marketplace. This means it’s likely you have come across a few of them at least once. We’re also going to talk about some lesser-known video apps that can significantly enhance your video viewing experience.

So let’s get right to it. 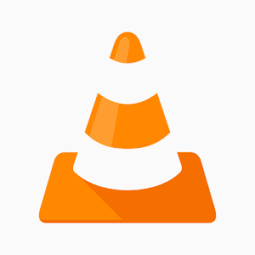 The VLC app for Android is immensely popular thanks to its desktop sibling, which has been around for quite some time. The app offers every feature you ask for, including wireless transfer over a WiFi connection. Naturally, you can also add media content manually from a computer as well. It’s pretty much everything you need from a media player app.

What I particularly like about VLC is the gesture support, allowing users to skip forward, increase/decrease volume, and a lot more with minimal effort. Naturally, VLC will play practically any media file you throw at it, so it’s an incredibly versatile offering.

The people make this app for the people. This explains why it’s entirely free for download and is devoid of in-app purchases or advertisements. The developers have even posted the entire source code of the app online, so anybody is free to work on it as they please. The combination of its features and the fact that dedicated users support it make VLC one of the most reliable offerings out there. Be sure to check it out on the Play Store. 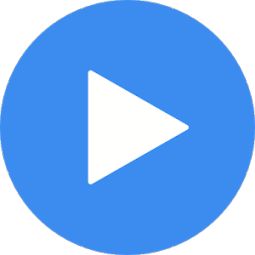 MX Player is yet another video player app that we highly recommend to our readers. It features a slightly more advanced user interface compared to VLC and is also somewhat smoother with its gestures, which are slightly similar to what VLC offers.

It’s more refined and polished, making for a sophisticated media experience. The video screen gives you information on every aspect of the media file, including audio tracks, subtitles, and other info. So you don’t have to leave the video screen to change or add captions to your video.

The app misses out on DTS and AC3 due to licensing trouble, although users can download custom codecs for the app from a myriad of sources online. As far as video apps go, MX Player is rated very highly by users and experts alike. It can be downloaded for free, although there are ads and in-app purchases. Making an in-app purchase will give you access to some more features which are worth checking out. One of the best apps to cast content onto your Chromecast, Amazon Fire TV, Roku, or Apple TV, AllCast comes from renowned developer Koushik Dutta who has been involved with the ClockworkMod team for quite some time. This app allows you to beam content onto a bigger screen, so it’s not a video player app for your phone, but your monitor or television. It can support any device that is compatible with DLNA, thus including a lot of devices in its support list.

The one caveat here is that the free version on the Play Store has a cap of five minutes, beyond which you will need a subscription to keep going. You get the premium version of AllCast at a small fee, which makes it a slightly expensive offering, but worth it considering what it brings to the table.

The free version of AllCast comes with ads on board, but no in-app purchases, meaning you will have to get the premium app separately. The app is compatible with devices running Android 4.0 and up. Users might not be aware of Archos Video Player given the dominance of the apps mentioned above in the Play Store. However, it’s a very functional app with a ton of features to guide you through your media experience. If you’re unaware, this media player comes from the French brand that makes low-cost smartphones and tablets for the European market.

The app can also play videos from external storage sources, making this a highly versatile media player app. It can even beam content onto some Android TV devices, with hardware acceleration powering the media on your phone or tablet. If the user has multiple sources for the videos, the app will automatically list them all together, so it’s easier to find in a big pile.

The visuals are worth mentioning here as they offer a comprehensive look at all the content you have, including the album art or the poster of a particular title. Archos Video Player is free to download but has ads and in-app purchases.

This app has been around for a while and is widely popular among the users, as well. With over a million installs, the app isn’t accessible without reason. MoboPlayer is designed for multitasking, and one feature I particularly like is the ability to keep the video playing even when you minimize the app or if you’re just casually texting. This feature, known as a floating window, is similar to YouTube’s minimizing feature, so it’s not exactly new to us.

It also has a cover flow library, allowing you to quickly look at the content you have on your device or other sources. Overall, MoboPlayer is an alternative to some of the popular apps like MX Player, although it doesn’t get the recognition that other popular apps receive. The app is free to download but contains ads on board. There are no in-app purchases, however. The app works with devices running Android 4.1 and above.